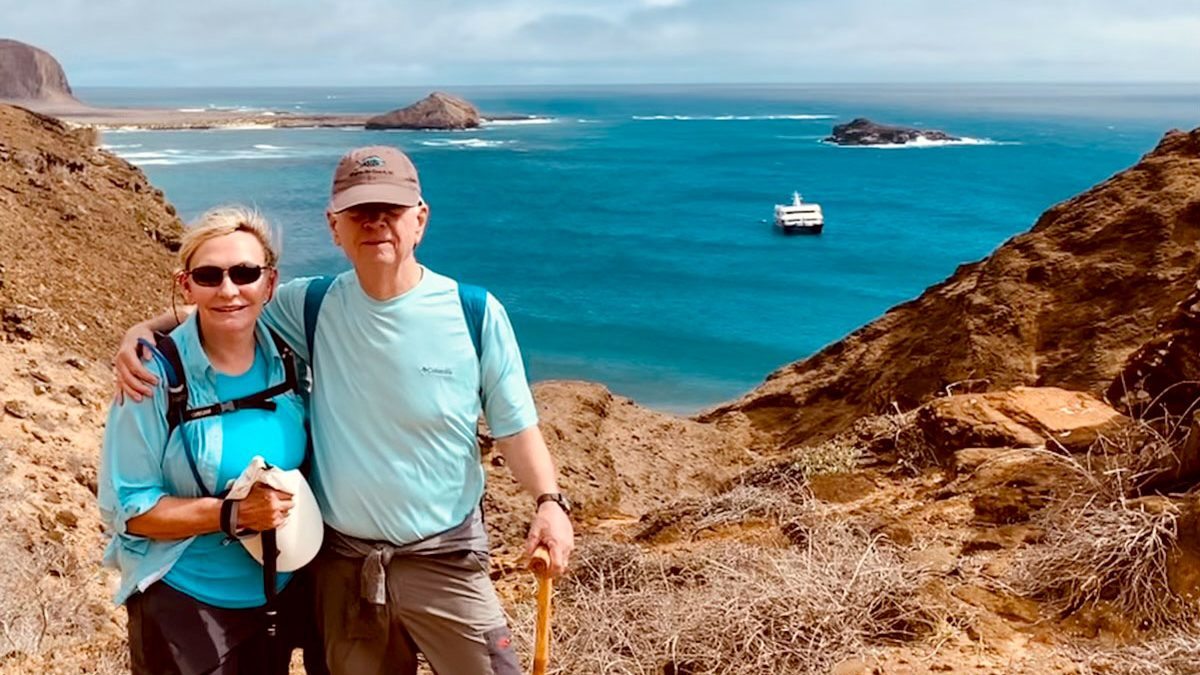 “One thing about getting old, you don’t talk about your or your spouse’s death,” shared Ross Vaughan ’66, ’70 (MD), retired neonatologist and professor of pediatrics and long-time supporter of UNC-Chapel Hill. “Throughout my career, death is something I had to learn to handle, but even now with my family, we avoid these conversations because they’re painful.”

These conversations are painful to have before the loss of a beloved family member but are especially painful after a death occurs without warning. Ross experienced this first-hand when his wife of 25 years died unexpectedly in February 2020.

A first in her field

Bettie R. McKaig, ’71, ’78 (D.D.S.), ’84 (M.P.H.) was a trailblazer in her field. She earned a bachelor’s degree in dental hygiene, a dental degree and a master of public health — all from Carolina. She was a successful, solo practitioner who owned her own dental practice in Raleigh, North Carolina, for more than 30 years.

After retiring from practice, she served as an adjunct faculty member at the UNC Adams School of Dentistry, where she mentored many aspiring dentists — particularly women. She was also a member of the UNC Board of Visitors.

Ross always knew Bettie was a leader, but he never expected her to precede him in death.

“I’m four years older,” he shared, “so I always assumed she’d be making all these long-term financial decisions.”

As Ross started thinking about his own long-term plans, he found himself in the position of having to piece together where Bettie would have liked her support to go.

“We had talked about student support at the dental school being her main focus,” said Ross. “She believed strongly in the University that made her life and career. She didn’t have kids of her own, and so I thought, ‘These could be the kids she supports.’”

In honor of his late wife’s legacy, Ross donated a total of $3.5 million to UNC-Chapel Hill, establishing endowments and funds in several areas across campus:

Even though he couldn’t consult his late wife, this gift represents much of what was so meaningful to the couple throughout their 25 years of marriage — the dental and medical schools; need-based support for scholars; and providing opportunities for students to explore the world as Ross and Bettie were able to do.

Bettie grew up in eastern Wake County in a family of tenant farmers. Ross came from a farming family, as well, but in Nashville, a small eastern North Carolina farming town.

“The gifts to Blue Sky Scholars and the Carolina Covenant represent where we came from,” said Ross. “We get to support students of similar need and background to what we experienced as undergraduates at Carolina.”

Bettie’s background in public health and the couple’s friendship with Leah McCall Devlin ’76, ’79 (D.D.S.), ’84 (M.P.H.), a professor working on a public health program related to dental issues at the UNC Gillings School of Global Public Health, led Ross to include the Gillings School in his gift planning.

And Ross, a member of the UNC Chancellor’s Global Leadership Council, included study abroad support because of the influence travel had on his and Bettie’s lives — particularly they were interested to learn about health care systems in other countries.

“We felt that international experience is critical for understanding that people around the world have similar goals for food, safety, health and education for their families,” he shared. “You have to travel to truly understand that.”

The benefits of a blended gift

Ross established these funds through what is referred to as a blended gift structure — giving some now and some later, often using a mixture of assets depending on the donor’s circumstances and tax position.

“Many of our donors enjoy establishing endowments while living so they can witness their impact,” explained Elizabeth Ayers, executive director of gift planning at Carolina. “They also like to bolster those funds at death by naming Carolina in their estate plans. This allows them to use their money during life if needed and affords them an opportunity to make a bigger impact on Carolina than they ever imagined.”

When Ross made this gift in 2021, he and his financial advisors determined that, from a tax perspective, it was a good time to make a current gift and witness his impact in action. In addition, Ross strengthened the funds he created in honor of Bettie by naming The University of North Carolina at Chapel Hill Foundation, Inc. as a beneficiary of a retirement account.

“Bettie and I both went to UNC and were incredibly strong supporters throughout our lives,” added Ross. “In the last two years, thinking of the long-term impact of this gift and how Bettie would have felt about it — it’s one of the few things that’s really made me smile.”