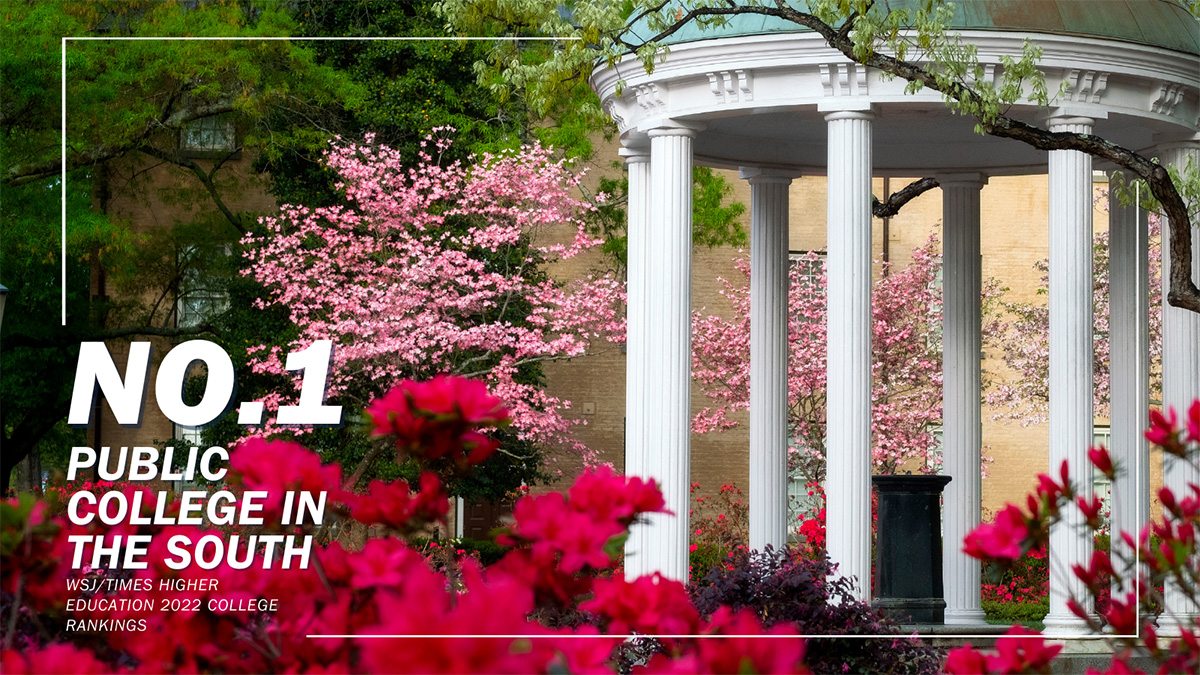 The Wall Street Journal/Times Higher Education 2022 College Rankings has named the University of North Carolina at Chapel Hill the No. 1 public college in the South.

The Wall Street Journal/Times Higher Education rankings are based on 15 factors across four main categories, including resources, engagement, outcomes and environment. Carolina recorded its strongest score in the outcomes category, which reviews graduation rate, reputation, graduate salaries and debt after graduation.

“Carolina is committed to serving our state and, as a result, the entire Southern region of the United States,” said Chancellor Kevin M. Guskiewicz. “As the top-ranked public university in the South, we will continue to strive for excellence as we prepare our students to do great things. We have long aspired to be the leading global public research university in the nation, and our preeminence in these rankings will continue to attract the world’s best faculty, staff and students, along with the top national and international industry partners, to our region.”