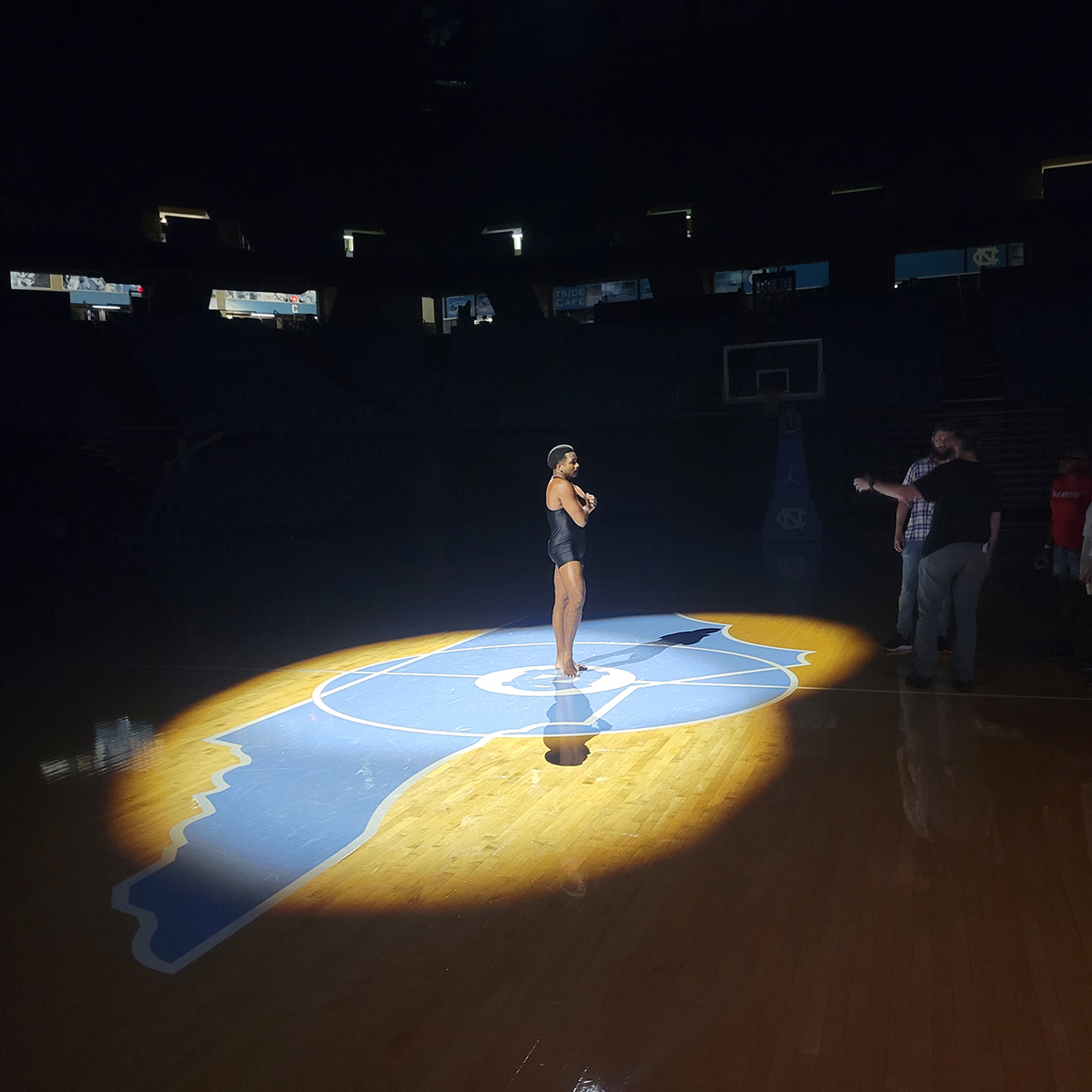 “We launched this collaboration to demonstrate the parallels between our prestigious athletic programs and one of the most iconic dance companies in the world, coming together at our country’s oldest public university,” said Alison Friedman, the James and Susan Moeser Executive and Artistic Director of Carolina Performing Arts. “Greatness comes in all forms of artistic and athletic excellence. This runs through the fabric of Carolina, and we want to illustrate this union in a visual way.”

The video makes use of two Carolina landmarks: the Dean E. Smith Center and Memorial Hall auditorium. These iconic venues, both located in Chapel Hill, make the ideal backdrop for the video’s precision sequence of graceful spins and gravity-defying leaps.

“When I arrived on Carolina’s campus, I was amazed by the passion for athletics,” says Friedman, who took the helm of Carolina Performing Arts last year after two decades working in Beijing and Hong Kong, making her mark with artistic cross-cultural exchanges. “I knew we had to juxtapose the leading artists Carolina Performing Arts brings to Carolina’s stages and classrooms with the athletic prowess the University is known for to help broaden the audience and appreciation of both artistic and athletic excellence.” 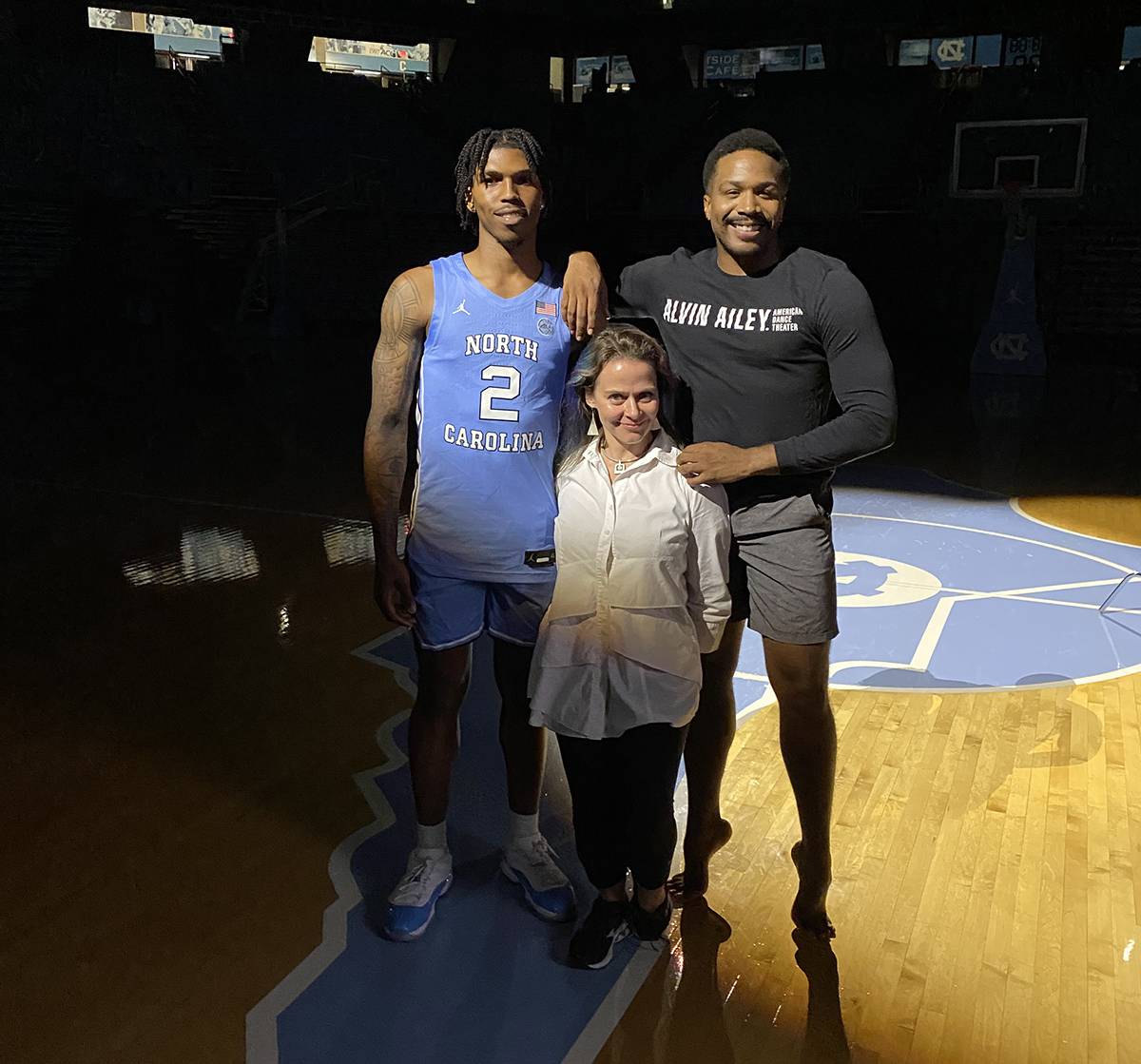 “Basketball and dance have much in common,” says Love. “Both are physically demanding requiring strength, agility and skill, and allow us to express ourselves as artists, as individuals and within teams and groups. I encourage our great fans to support Carolina Performing Arts and Alvin Ailey American Dance Theater as enthusiastically as you do our Tar Heel basketball team.”

“It’s a thrill to leap into the world of Carolina basketball through this video highlighting the skill, grace and power that athletes and dancers have in common,” says Jackson Jr.  “This exciting collaboration will move and connect fans of basketball and the arts, sparking conversations between two sets of passionate audiences. What better way to start our national tour and fulfill Alvin Ailey’s belief that ‘the dance came from the people and that it should always be delivered back to the people.'”

The video premiered at the Jan. 7 men’s basketball game against Notre Dame. Carolina Performing Arts is hoping to produce more videos in this “Artists are Athletes/Athletes are Artists” campaign and is particularly interested in pairing tap dance and women’s soccer to show off amazing footwork and movement.