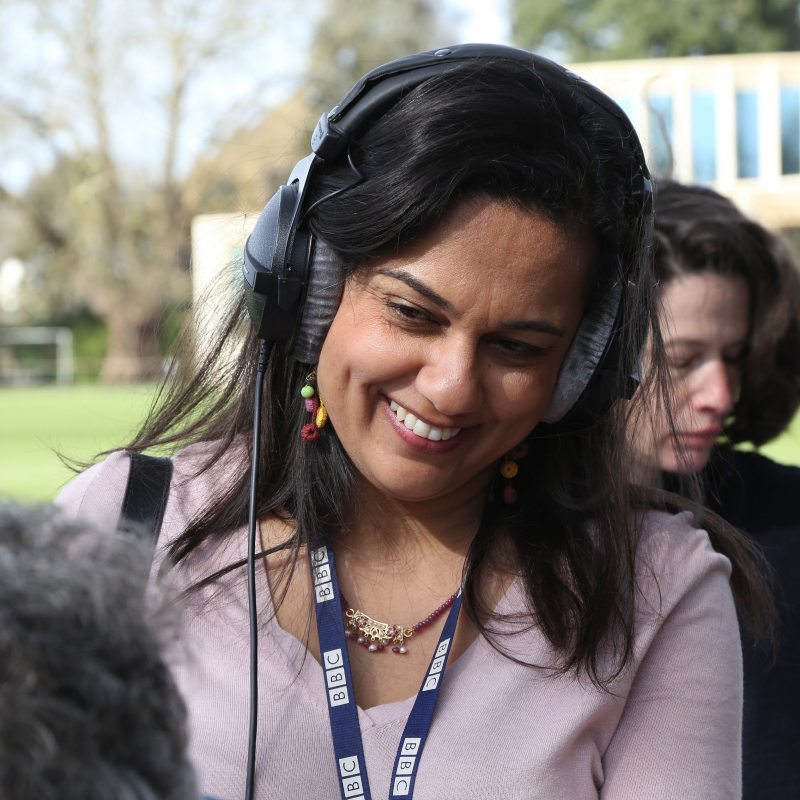 Anu Anand is a graduate of the Hussman School of Journalism and Media. She is an anchor and reporter for the BBC World Service in London. She has spent 24 years reporting international news for the BBC, as well as for The Guardian, The Associated Press, CNN, Al Jazeera and other major news organizations.

Anand graduated from UNC-Chapel Hill hoping to see the world, which she has done to an extraordinary degree. She has traveled to many countries for her work, including Iraq, Afghanistan, Mongolia, Tanzania, Myanmar, Egypt, Israel and Uruguay and has hosted live audience debate shows in the United States, France, India and Nepal. But the bulk of her reporting has focused on the colossal economic and social changes over the past decade in India, the world’s biggest democracy and a country boasting five thousand years of civilization.

Most recently, Anand was the launch anchor for the global edition of Marketplace Morning Report from the BBC World Service. She received the Asian Women of Achievement Media Award for her work and pledged to use it to create a more diverse pipeline of talent for the BBC.

She is also the author of a bilingual Hindi-English children’s book and the proud parent of two global, third-culture kids.