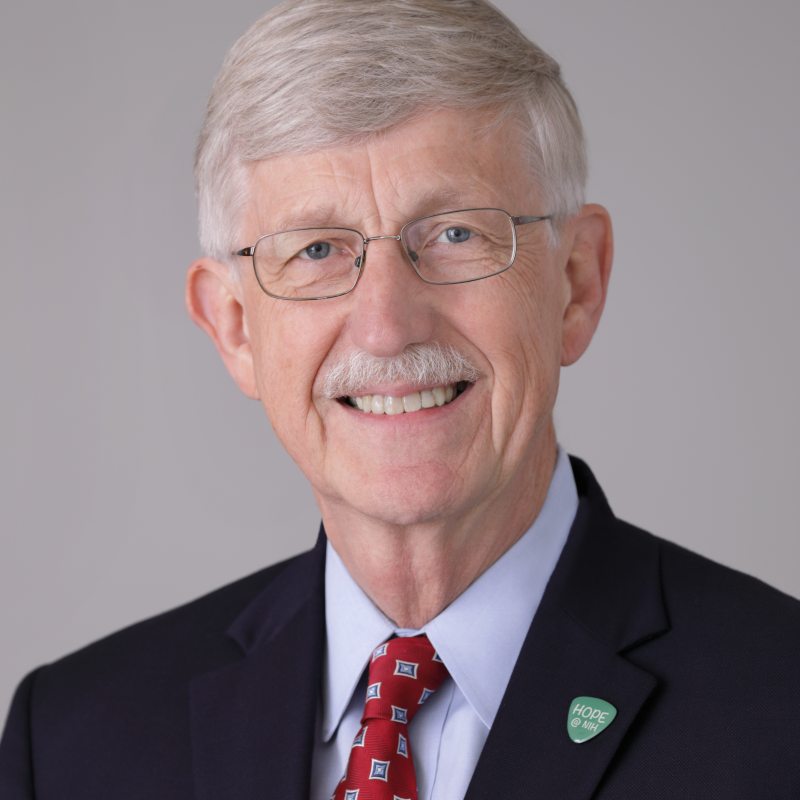 Francis Collins has distinguished himself in the field of medical science. Serving as director of the National Institutes of Health since 2009, he is credited with being one of the agency’s most influential leaders. Prior to joining the NIH, he directed the Human Genome Project, which led to major breakthroughs in both genomics and medicine. As one nominator wrote, “It is impossible to overestimate the importance of Francis Collins’ contribution to humankind” in directing this project, which resulted in the first full sequencing of human DNA.

In addition, over the course of his career Collins’ research laboratory has co-discovered a number of important genes, including those responsible for cystic fibrosis, neurofibromatosis and Huntington’s disease. High-level recognition for his contributions to science include the Presidential Medal of Freedom and the National Medal of Science.

He is the author of New York Times bestseller The Language of God: A Scientist Presents Evidence for Beliefand other books on science, medicine and religion. He founded the BioLogos Foundation, which promotes discourse on the relationship between science and religion.

Collins has been a strong advocate for bringing science and ethics together. He championed the importance of protecting the privacy of genetic information and served as a national leader in the passage of the Genetic Information and Nondiscrimination Act, which prohibits gene-based discrimination in employment and health insurance.