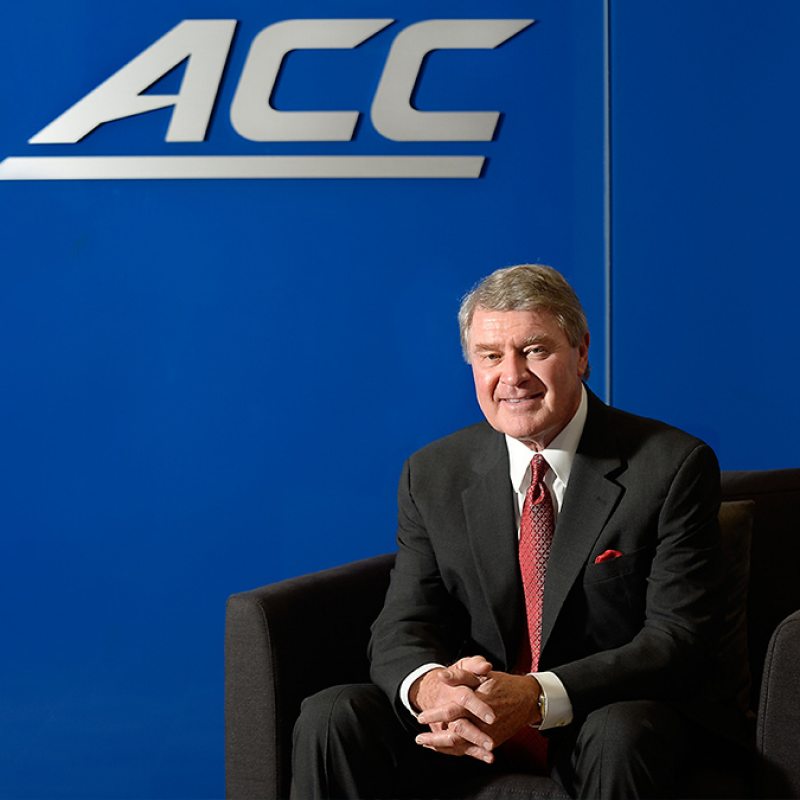 John Swofford, the longest-tenured commissioner in the 67-year history of the Atlantic Coast Conference, retired this June after 24 years of service. As the fourth commissioner of the ACC, Mr. Swofford guided the league to unprecedented stability, success and growth, expanding from nine to 15 members. Over the last 23 years, the ACC has been at the forefront of college athletics, winning 92 national team titles in 19 of the league’s 27 sponsored sports. Beyond athletics, the league continues to set the standard academically by leading all conferences in nearly every comparison.

A native of North Wilkesboro, Mr. Swofford attended UNC-Chapel Hill on a Morehead Scholarship as part of head coach Bill Dooley’s first football recruiting class. In 1980, at the age of 31, Mr. Swofford was named Carolina’s athletics director, a post he held for 17 years. During his tenure, the Tar Heels won more ACC and NCAA championships than under any other athletic director in ACC history, a record that still stands. In 1994, Carolina won the Sears Director’s Cup, awarded to the top overall athletics program in the nation, the only ACC program to ever win that award.