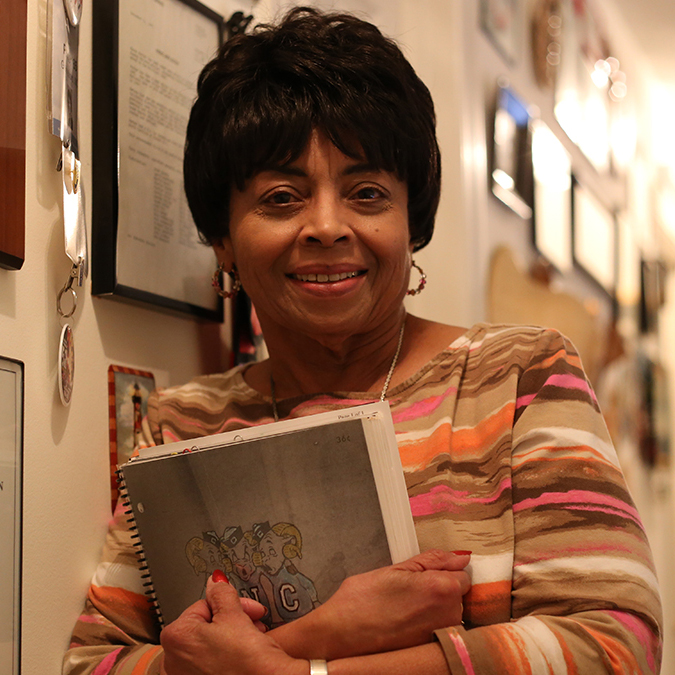 Many words come to mind when considering Karen Parker: among them are trailblazer, resilient, steadfast, generous, creative, and kind. She has the distinction of being the first Black woman to enroll as an undergraduate at UNC-Chapel Hill, arriving on this campus in 1963 as a transfer student from Woman’s College, now UNC-Greensboro. But that is only one example of how she has stood out as a student and throughout her career. As her nominators wrote, “As a student at UNC and as a professional journalist, she has always exhibited the courage, determination and compassion to make America and the world better places for everyone, determined to stand up for what’s right, to exhibit through achievement what’s possible and to make sure those who came after her enjoyed the opportunities she helped pioneer.”

At Carolina, Ms. Parker was editor of the UNC Journalist and was inducted into the Order of the Valkyries. She was active in the civil rights movement, participating in sit-ins and protests and enduring two arrests for civil disobedience. Her diary from that time, which includes accounts of the 1963-64 civil rights movement in Chapel Hill and her experiences at Carolina, is maintained in the Southern Historical Collection at Wilson Library.

She worked as a journalist at several newspapers, including her hometown Winston-Salem Journal, the Salt Lake City Tribune, and the Los Angeles Times at which she became the Sunday news editor. Some of her professional service includes the UCLA Communications Board and the board of the Society of Professional Journalists.

In recognition of her career achievement, Ms. Parker was inducted into the North Carolina Media and Journalism Hall of Fame in 2012. Other recognitions include being designated the Carolina First honoree and 2020 speaker for the Eve Carson Memorial Lecture and the Harvey E. Beech Outstanding Alumna Award at the UNC Black Alumni Reunion 2004.