When Emma Schieck first started playing volleyball at age 7, not everybody thought that it was for her. Because of permanent nerve damage that prevents her from fully straightening and rotating her left arm, a sport like soccer might be more her speed, they said.

But Schieck loved volleyball from the first time she picked up a ball at an elementary school “try it sports day.”

“I loved it. It was the best time,” says Schieck, now a junior at Carolina. “I had to leave volleyball to go to the cheerleading session, and I remember in the middle of the session getting up and leaving, going out the back so I could go back to the gym and play more volleyball.”

She wasn’t going to let a physical disability get in her way. The suggestion that she couldn’t play has fueled her drive. She has played 13 years of standing volleyball, and, most recently, picked up sitting volleyball, the adaptative version of the sport.

Schieck recently reached the pinnacle of the sport she loves when she won a gold medal at the Tokyo Summer Paralympics as a member of the U.S. sitting volleyball team. With Schieck acing the gold-medal point, the team defeated China 3-1 on Sept. 5 in Tokyo to earn gold.

Schieck had thought that her volleyball career would end in high school, but when she was 16, a referee at a standing volleyball national qualifier pulled her aside after a match. 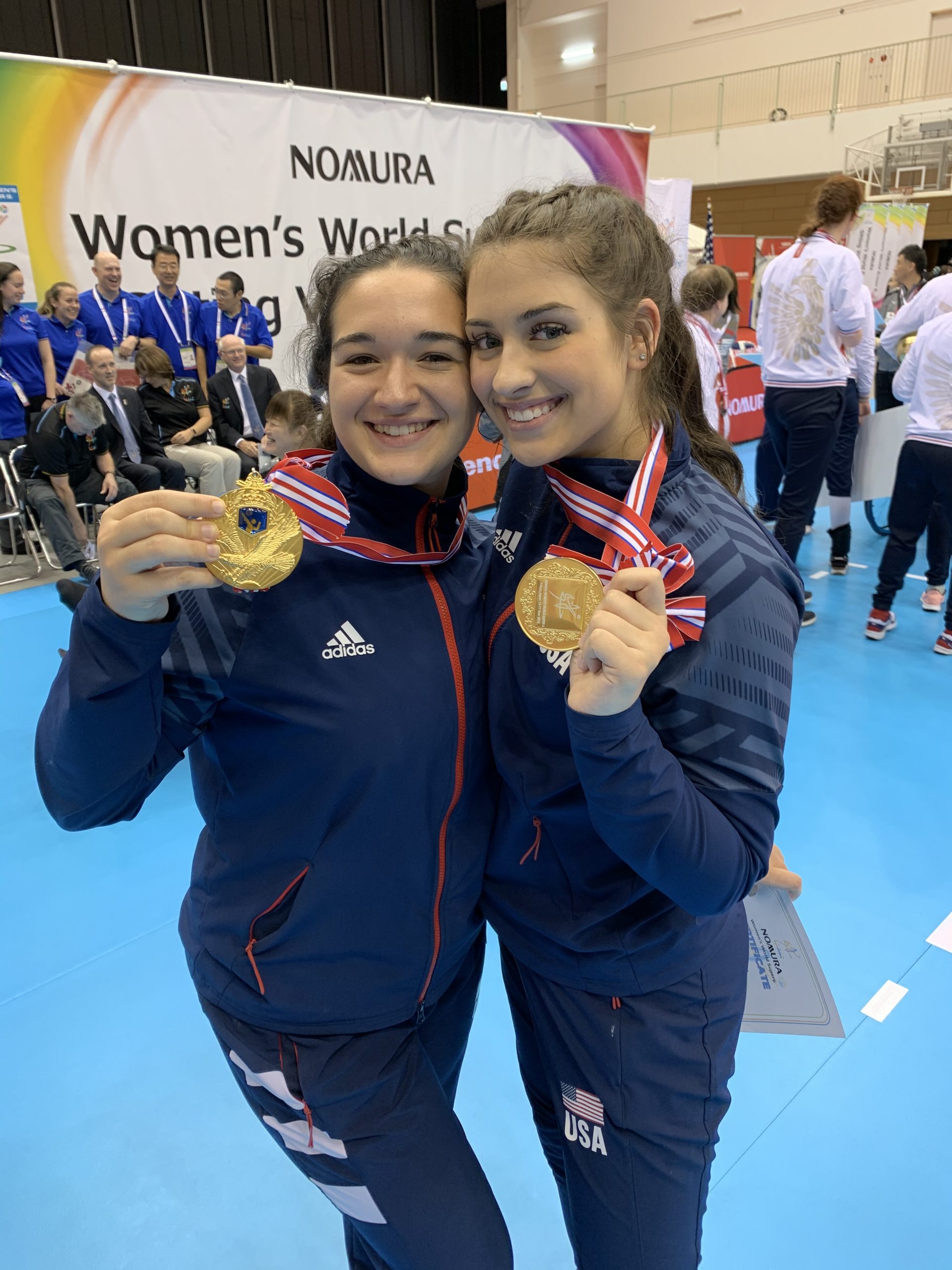 The referee, Elliot Blake, was the USA Volleyball’s sitting volleyball program manager, and he convinced her to give the sport a try. A few weeks later, she was at a tryout in Virginia and then drove 21 hours from her hometown of Statesville, North Carolina, to Oklahoma City for training.

“Volleyball was something I was comfortable with and confident in and really loved,” she says. “Playing sitting down, it felt like it was all being taken away. I have both of my legs. I can run. I can jump. And I like to think I was pretty good at standing volleyball. All of a sudden, running and jumping didn’t matter, and my arm couldn’t reach the floor.”

She was ready to quit, but her family encouraged her to attend one more training camp in 2017. That’s when the national team coach asked her to try out for Team USA.

“That’s where it clicked that this was serious. I couldn’t turn this down,” Schieck says. “As I got the hang of it and met the team, I absolutely fell in love with the sport.”

Schieck has trained with the national program and has competed internationally for the past three years. When Carolina classes transitioned to remote learning during the pandemic, the Tar Heel trained harder, working out for four hours a day and traveling to Oklahoma to practice.

Schieck hadn’t dismissed the Tokyo Paralympics but she viewed her training as prep for the 2024 Paralympics in Paris. So she was astonished when she learned she had made the final U.S. roster as an outside hitter.

“It was the most surreal feeling,” she says. “I had my phone glued to my side for days, and I saw [my coach’s] name pop up, and my vision started going out. My heart was beating out of my chest. I was in shock and disbelief. As soon as I found out, I packed my bags.” 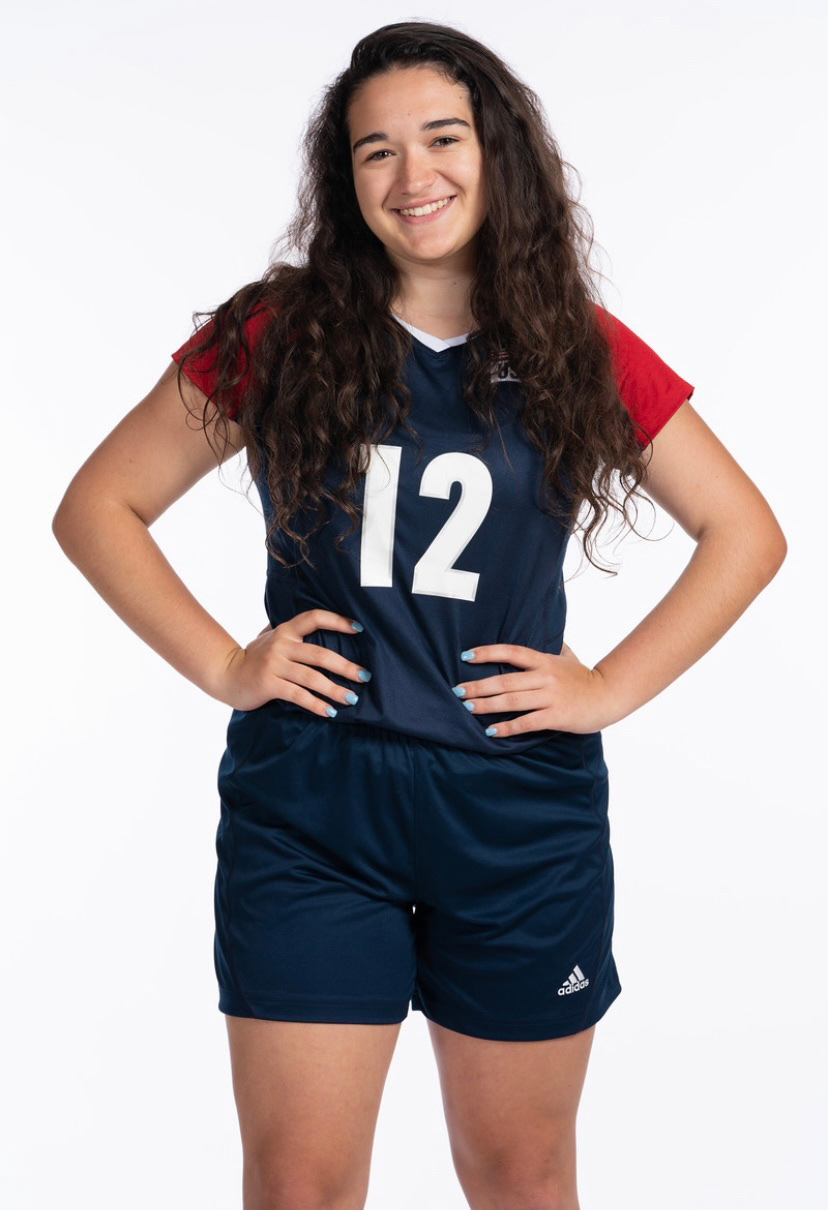 Schieck spent July in Oklahoma practicing with the team and squeezing in personal workouts at night.

“Making the roster was one thing, but I didn’t want to make the roster and not do everything I can to be as much of an asset as I can be in Tokyo,” she says.

After a short recovery period back in Chapel Hill in early August, Schieck left for Tokyo on Aug. 15 with preliminary round matches against Rwanda, China and the Russian Paralympic Committee. The team beat Brazil in the semifinals to advance to the gold-medal match against China.

The United States defeated China 3-1 to earn the gold medal. Schieck sealed the victory by acing the match point.

While she was representing the U.S., she was also representing the Paralympic movement and push for adaptive sports that create opportunities for everybody, regardless of physical abilities. Schieck says it means the world to her to be part of advancing that mission.

Despite a lifetime of volleyball, she didn’t even know the sport she’s competing in existed in the 2016 Paralympic Games. She now hopes to be part of promoting adaptive sports and the athletes to open doors for future competitors. Schieck plans to use her studies at Carolina — sports administration and interpersonal and organizational communication — to help her achieve that goal off the court, too.