Computing today is ubiquitous. Since 2000, Carolina has required all undergraduate students to have a laptop computer. Campus-wide Wi-Fi provides 24/7 internet access. Faculty, staff and students rely on computers for research, teaching, learning and their work supporting the University in its mission.

Despite that ubiquity, we can still draw parallels — and note stark contrasts — between that first “supercomputer” and Carolina’s primary research computing cluster, Longleaf.

The UNIVAC 1105 arrived on campus with a huge responsibility as one of four computers in the United States to process data for the 1960 census. Rather than servicing one monumental task at a time, Longleaf enables simultaneous research endeavors across all disciplines including the humanities.

Pioneering computing at Carolina aimed to “enlarge the boundaries of human knowledge in all areas of concern to its faculties and students,” according to a pamphlet published for the dedication of the Computation Center, which housed the UNIVAC 1105. Today, Longleaf helps carry out this mission, servicing nearly 200 University departments and institutions.

The site of many firsts, the nation’s first public research university was home to one of the first digital processors used by the U.S. Census Bureau. Housed in the basement of Phillips Hall, the UNIVAC 1105 was one of the most advanced computers in existence at the time of its installation in 1959. Despite the computer’s original purpose of processing census data, the University championed the machine’s potential for departmental versatility. 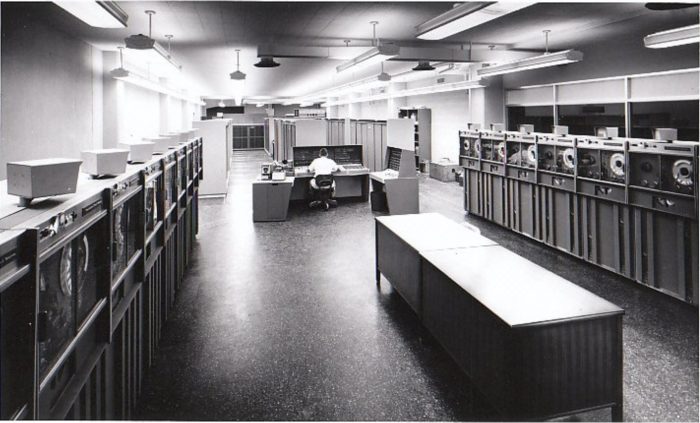 Before the installation of the UNIVAC 1105, the floors of Phillips Hall had to be reinforced with steel beams. (University Archives)

“Wherever quantitative thinking, speaking, writing, or action is involved, services of computing devices are required. The depth and scope of these quantitative activities are determined, in a large measure, by the versatility, speed, and other attributes of the computing facilities used.”

Carolina’s primary research computing cluster, Longleaf, is not the fastest, most powerful system. But, its heterogeneous structure allows the cluster to change and advance with shifting computing demand, says John McGee, assistant vice chancellor for ITS Research Computing. Longleaf is accessible to anyone with an ONYEN through a fair-share system that sets up a queue for computing demand. For larger projects, however, researchers are encouraged to purchase part of the cluster for their specific need.

Longleaf’s accessibility model is something that really differentiates the computing cluster from its 1959 predecessor while at the same time achieving the earliest vision for computing at Carolina — to build knowledge in every academic realm. 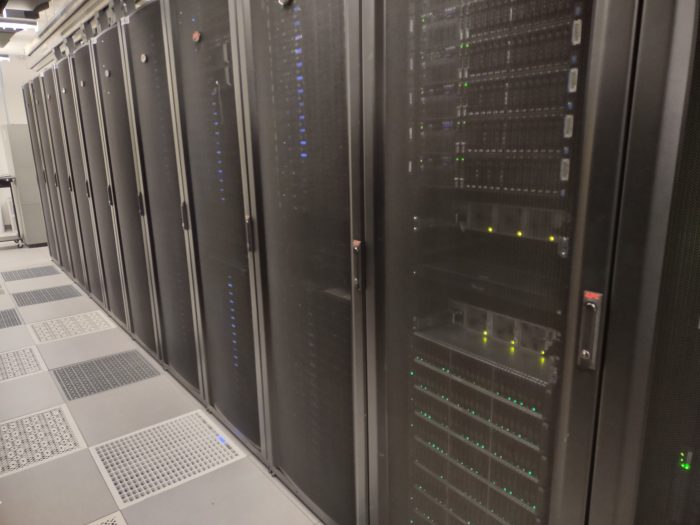 In this photo of the Longleaf cluster, each of the hundreds of green lights is a tiny hard drive for storage. Each of the vertically arranged blue lights represents a single node/server.

“William Whyburn’s statement still rings true today for those of us in Research Computing. We are seeing a significant rise in demand for computing and data resources from an increasing range of disciplines — it’s not just for census data or weather modeling these days. Longleaf may not be the most powerful cluster among our peers, but with its versatile, multi-purpose structure, we are able serve highly diverse needs from almost any researcher across disciplines on campus and around the world. The impact of Longleaf and the ITS Research Computing team are evidenced by the amazing depth and scope of the world-class research community that we serve here at UNC.”

Read stories on faculty and staff at TheWell.UNC.edu