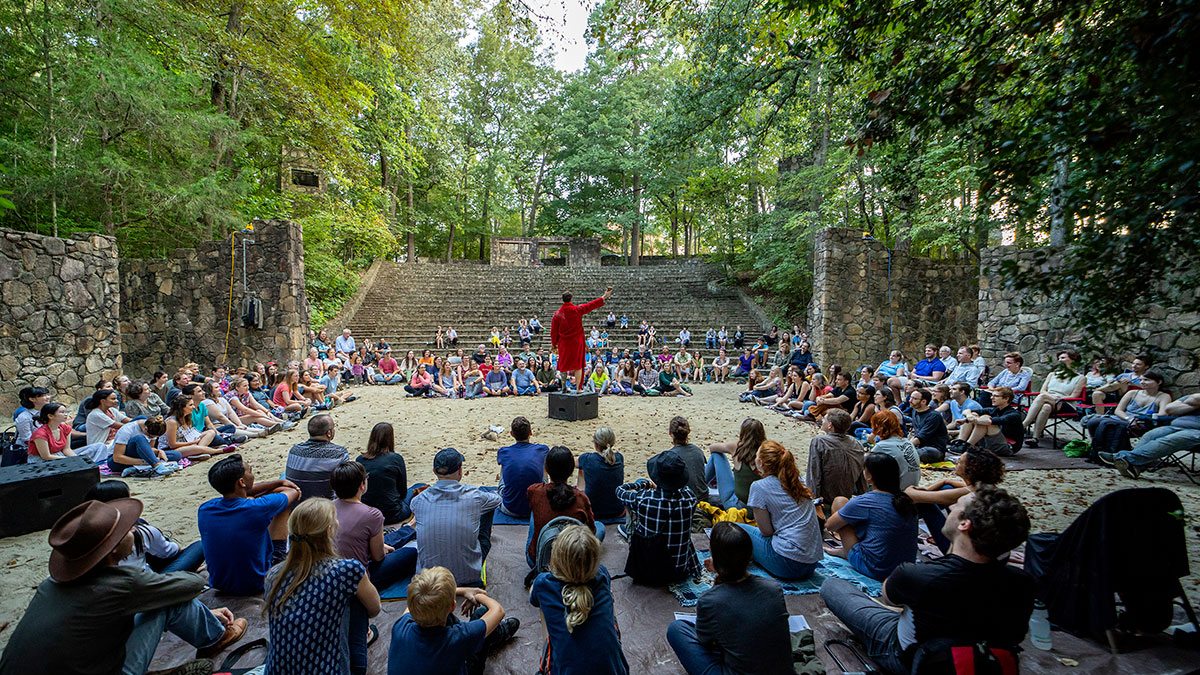 Carolina’s Forest Theatre is turning 100, so it’s only natural that the University and the Chapel Hill community are celebrating the iconic campus landmark.

In honor of its rich 100-year history, the theater will host a celebration on Oct. 6, complete with performances by PlayMakers Repertory Company, the Paperhand Puppet Intervention and student drama organizations.

“We are thrilled to recognize the tremendous legacy and incredible milestone of this iconic Carolina landmark and are so pleased we can gather together with the campus and the community to reflect on its past, celebrate its present and envision its future,” said Kathryn Wagner, associate director of Arts Everywhere. 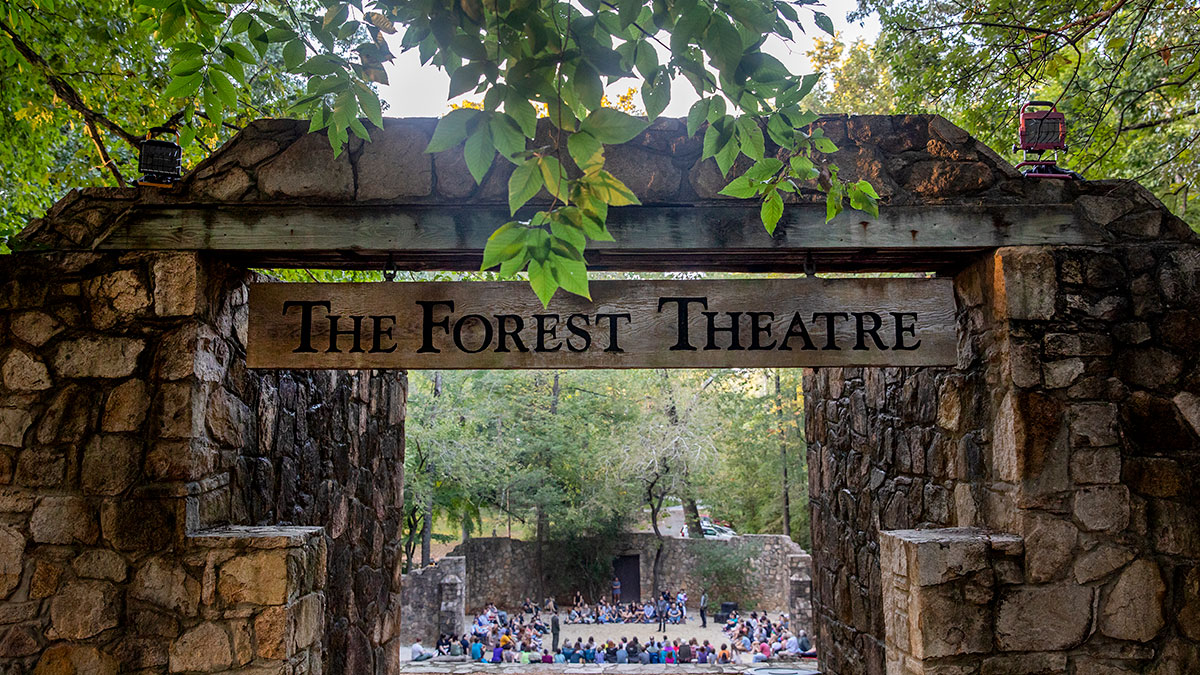 The home of Carolina drama

The first performance at the site of what came to be Forest Theatre was a production of “Taming of the Shrew” in 1916. Drama professor Frederick Koch, who was recruited by University President Edward Kidder Graham in 1914, produced the show to coincide with the 300th anniversary of William Shakespeare’s death.

Back then, there was no permanent structure. But Koch and William C. Coker — a botany professor and founder of Coker Arboretum — saw the natural shape of an amphitheater carved out in the land. After the success of Koch’s first production in the location, the University worked to create a permanent theater space. In 1919, Forest Theatre, a stone amphitheater, was completed.

Koch, who taught at Carolina for 26 years, used the theater as a performance venue for his student drama troupe, the Carolina Playmakers. The troupe, founded in 1918, was known for performing American folk plays on campus and around the state.

After completing renovations in 1940 and 1948, the University dedicated the theater to Koch in 1953, calling it “an open-air palace of light and sound.”

In 2004, the North Carolina Botanical Garden, under the direction of then-Chancellor James Moeser, assumed responsibility for Battle Park and Forest Theatre and updated the electrical capacity of the theater in 2012.

Taking stories to our state

Today, the theater is routinely used by student drama organizations such as the Pauper Players and Company Carolina, as well as the PlayMakers Repertory Company — Carolina’s professional theater in residence. Some professors are even known to hold class at the theater to teach vocal projection.

“There’s nothing like an amphitheater to make you feel connected to the civic power of the arts,” said Benesch. “Professor Koch really brought to Carolina the mission of bringing native stories of North Carolina to the people of the state and beyond.”

Much like the original Carolina Playmakers, today’s PlayMakers perform at Forest Theatre before traveling to schools and community centers around the state, taking the production to the people of North Carolina.

“Everyone deserves culture and the arts,” said Benesch. “Through the Forest Theatre, Carolina has made that possible.”