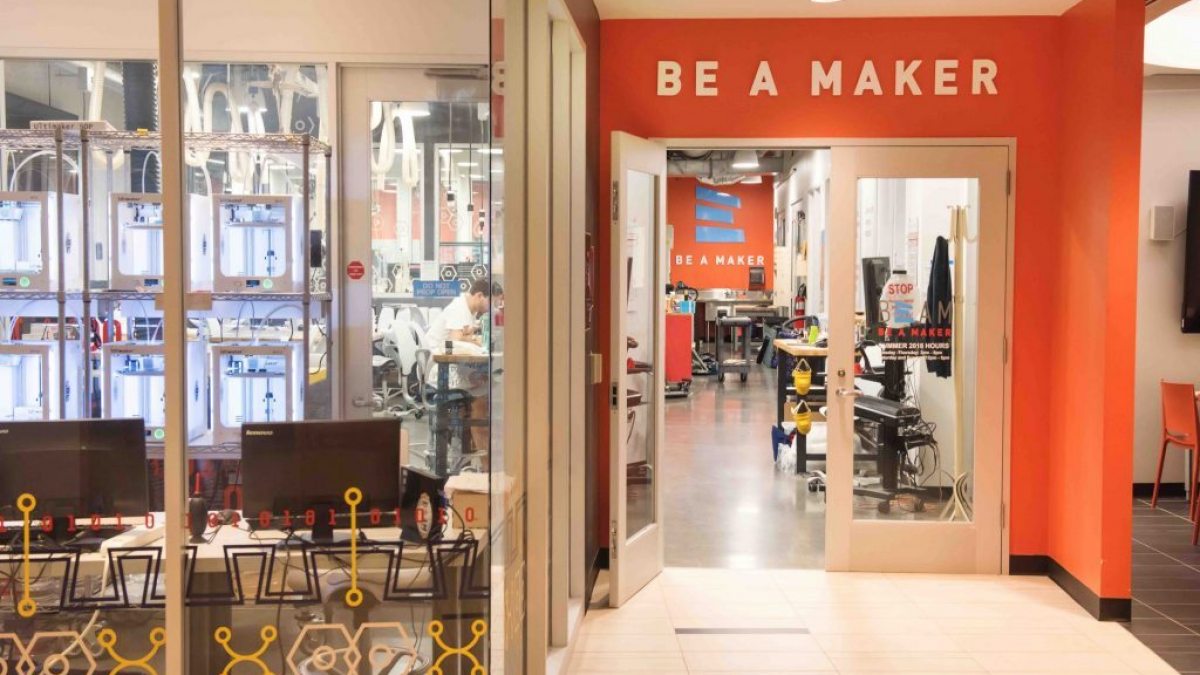 On the surface, playtime might seem non-essential at college. After all, there are classes to take, tests to study for and papers to write. With all of those competing academic demands, play can feel closer to an afterthought or something to do when there’s nothing else to do.

But at BeAM — Carolina’s coalition of makerspaces, located at Murray Hall, Carmichael Residence Hall and the Hanes Art Center — play is vital. In fact, Albert Einstein’s quote, “Play is the highest form of research,” graces the wall at BeAM@Murray.

With that credo, BeAM welcomes all Tar Heels, including faculty and staff, who want to bring projects to life.

Charlotte Dorn, a senior majoring in computer science, has been working at BeAM since her first year at Carolina. She originally wanted to attend an engineering school, but touring BeAM changed her mind. 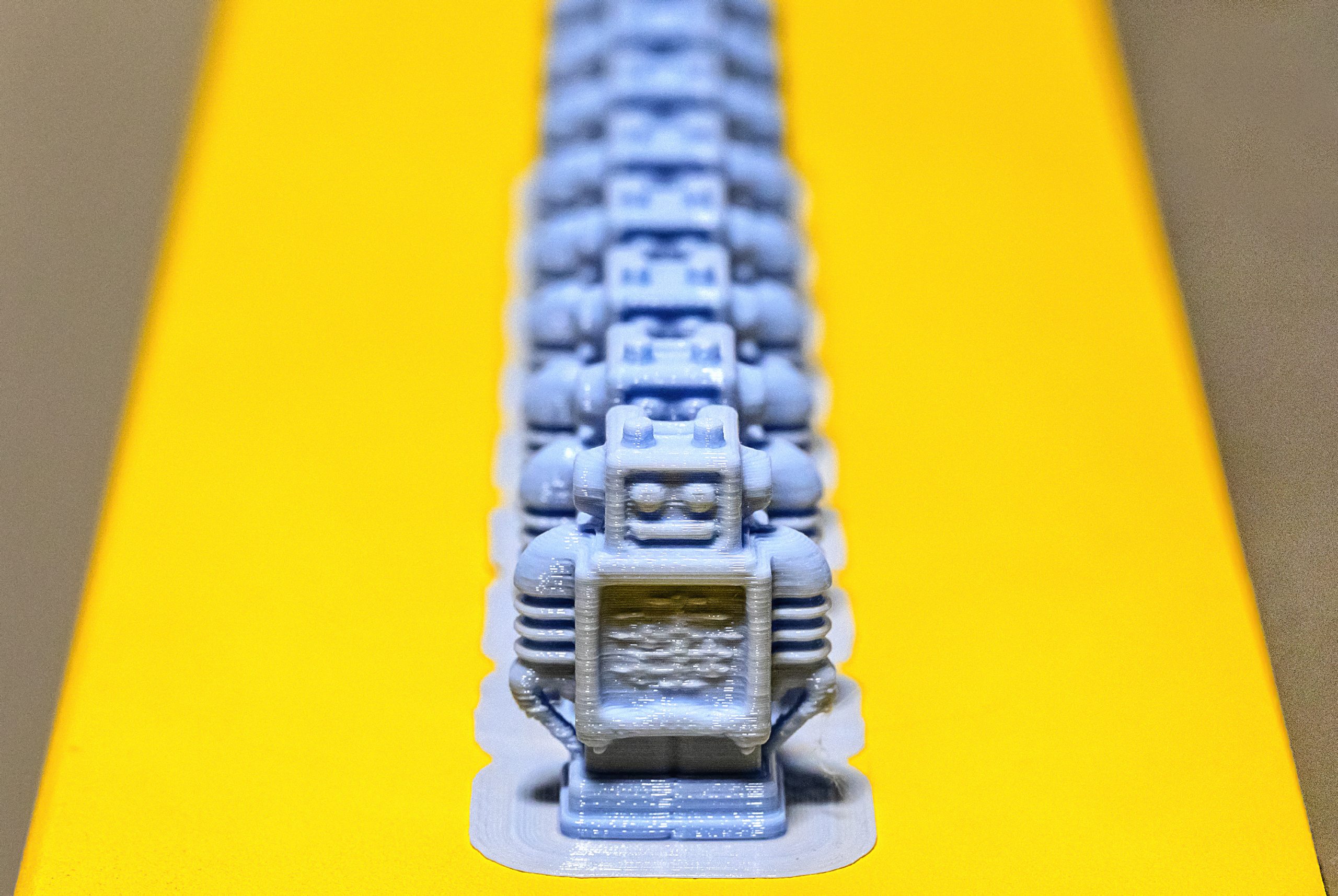 “I visited a lot of makerspaces at other schools,” she says. “This had one of the most diverse demographics.” But Dorn isn’t just referring to race, gender or class.

While makerspaces might seem ripe for biomedical engineering and computer science students, Dorn says BeAM attracts artists, STEM majors, dentistry students, med school students and many more. “For people who are more kinesthetic learners, it gives them another medium to explore that with.”

BeAM was established with the true maker mantra at its core. All are welcome and empowered to design, create and make, for any reason. “These highly collaborative creativity and innovation labs build technical skills and resilience, but also serve as a catalyst and incubator for teaching and learning, research, entrepreneurship and much more,” says BeAM Director Kenneth Langley.

That environment ultimately led Newsweek and maker magazine Make: to list Carolina as one of the top global maker schools in higher education earlier this semester.

Program Assistant Brian Delany has seen the way that BeAM reinforces learning but in a more tangible way. “You can do so many things with the makerspace that bring your learning to life,” he says. 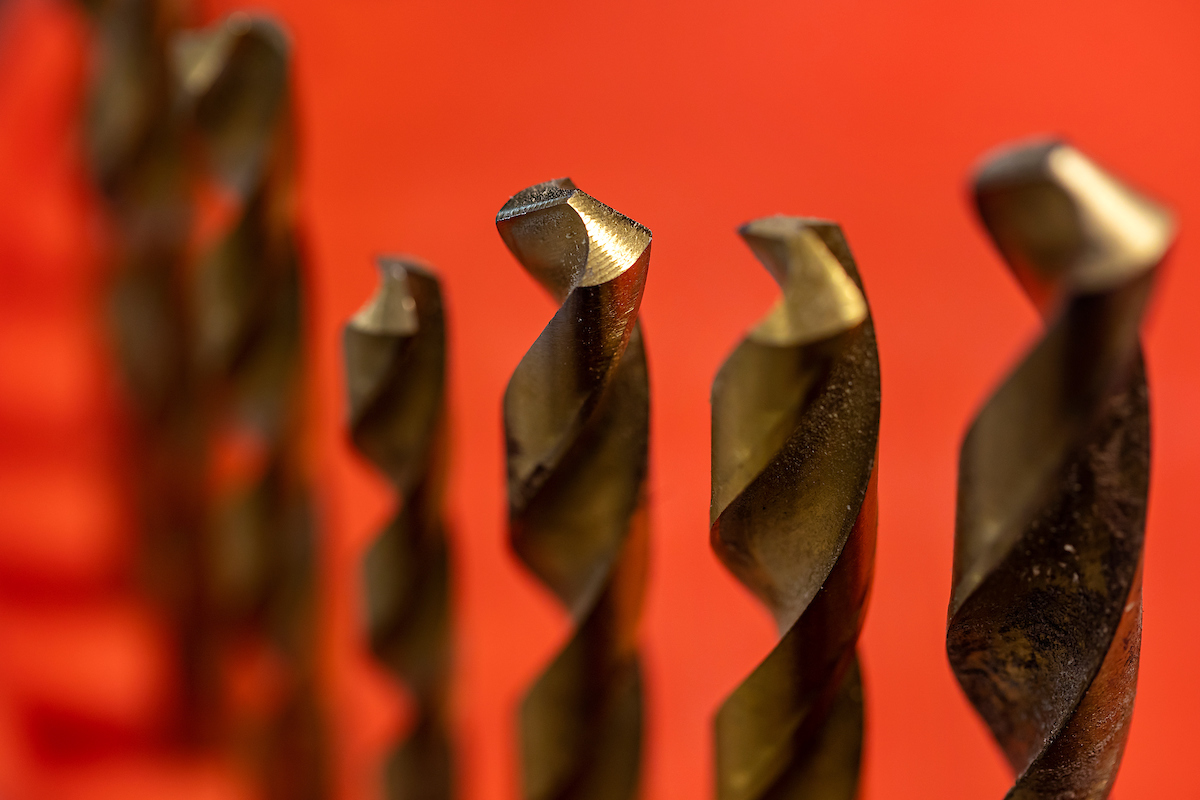 Delany began working at BeAM in March 2020, assisting with the major PPE project that produced over 40,000 face shields during the height of the pandemic. Based on that project, a startup owner reached out to him about designing a hazmat suit. “BeAM has allowed me to prototype it and use all the design tools,” he says.

The list of tools at BeAM goes on and on: 3D printers, laser cutters, embroidery machines, woodshop tools, sewing and cover stitch machines, and so much more. Whether it’s artists elevating their craft or biology students designing a 3D model, BeAM has something for every need, though students must first complete an introductory training session.

“BeAM’s goal is to grow to a point where we can extend the maker mindset to anyone on campus who is receptive. Anyone who wants to innovate will have tools and support at their fingertips,” says Langley. “We want everyone that engages with the makerspaces to elevate their curiosity, creativity and prototyping abilities, as well as technical and professional skillsets.” 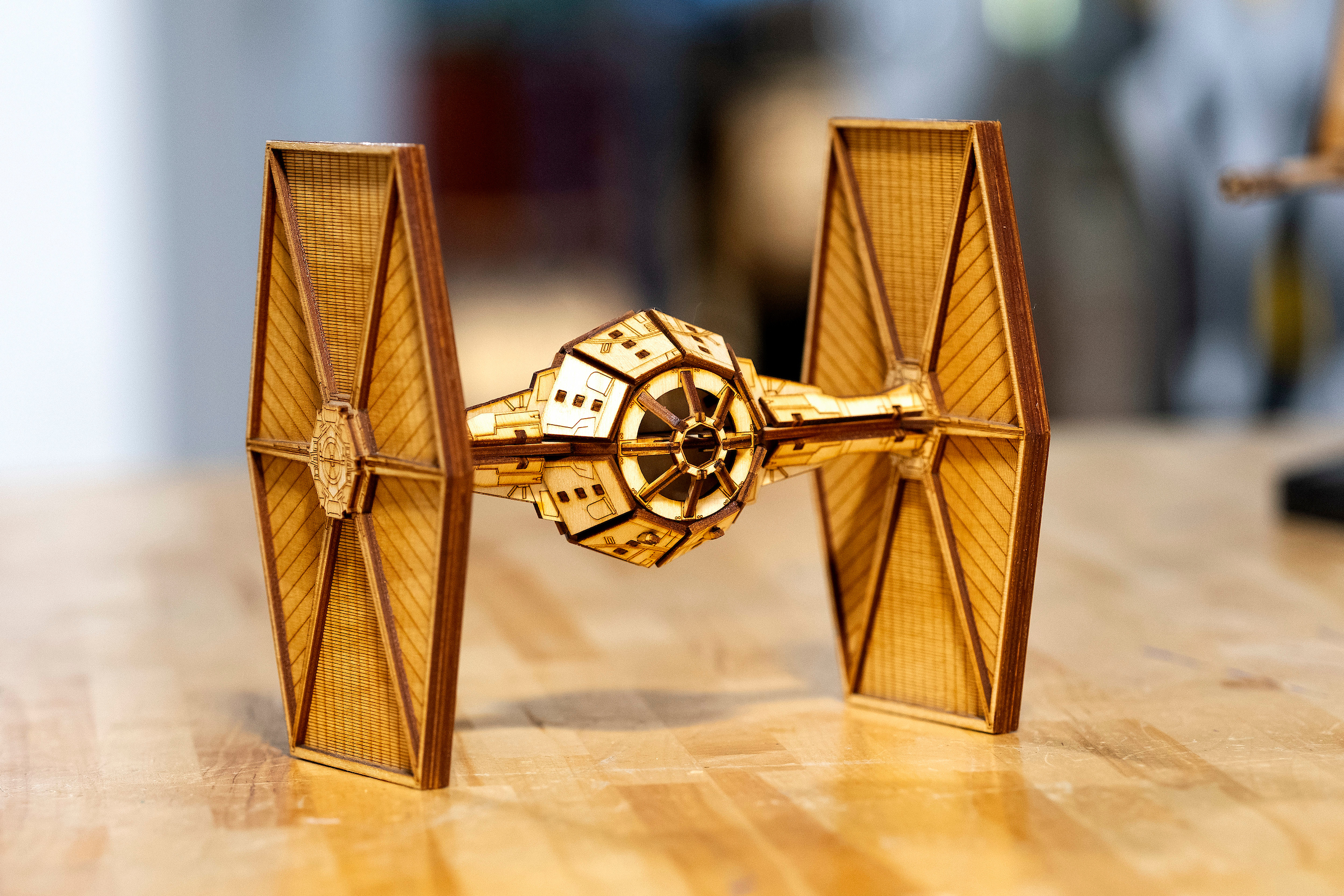 Many students use BeAM for class-related research or projects. “There’s one class, I think it’s a religion class, where they learn about talismans, and then they have to make one for themselves and fabricate it in the makerspace,” says Delany. “It’s an awesome space for research.”

Dorn used the laser cutter to finish a class project last semester. It’s now her favorite tool. “I built a bird box sensor to measure birds with,” she explains. “It’s cool because you can do not only 2D art projects, like burning art into wood or doing stencils or cutouts, but you can also make it 3D.”

But beyond research, Dorn says many people use BeAM to complete a project for fun. “We also have a lot of individual users who come with a specific passion,” she explains.

Delany adds, “A lot of people come in to make stuff for their friends or family.”

BeAM’s locations ultimately function as sites of exchange — whether that’s for new ideas, interests or even community. “It’s a space that forms a community made up of students who are really open to sharing ideas and working on projects together,” says Dorn. “I meet really interesting people here.” 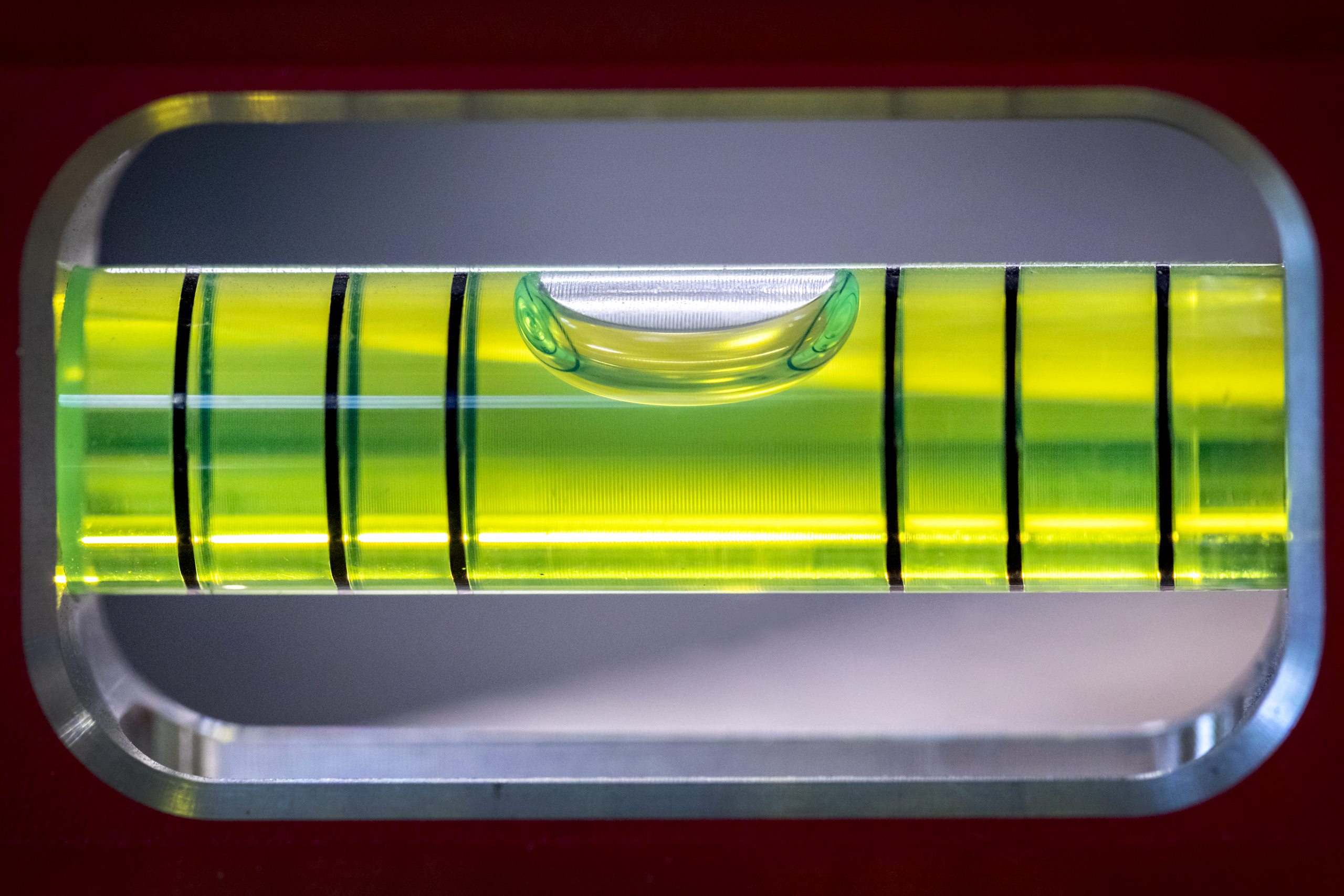 Delany knows that from the outside, BeAM might look intimidating, but he appreciates the welcoming and creative environment that exists inside. “Looking into Murray, there are a lot of machines, but once you’re working there, you see the inclusive environment that it is,” he says.

For Tar Heels who have an idea but don’t know where to start, student-staff are there to help.

“The job is definitely a lot of learning because everybody comes in with their own project, their own ideas, and everybody has their own problems, so you have to learn how to help them,” Delany says. But ultimately, those questions fuel creative exchange.

“It’s a fun space to be in,” he says. “It’s such a creative environment to work in.”