More than 135 Austen enthusiasts from around the world joined scholars and North Carolina teachers for the seventh annual Jane Austen Summer Program. Each year, the four-day symposium takes a deep dive into the 18th-century author’s works and also brings Austen’s work off the pages and into real life through cultural experiences including a Regency-style masquerade ball, exhibits and afternoon teas.

The event was sponsored by several Carolina organizations including the College of Arts & Sciences, Summer School, the Institute for the Arts and Humanities and the Department of English and Comparative Literature.

This year’s event focused on Austen’s “Pride and Prejudice.” Literary experts from the University participated in panel discussions on the impact the novel has had on society and literature. 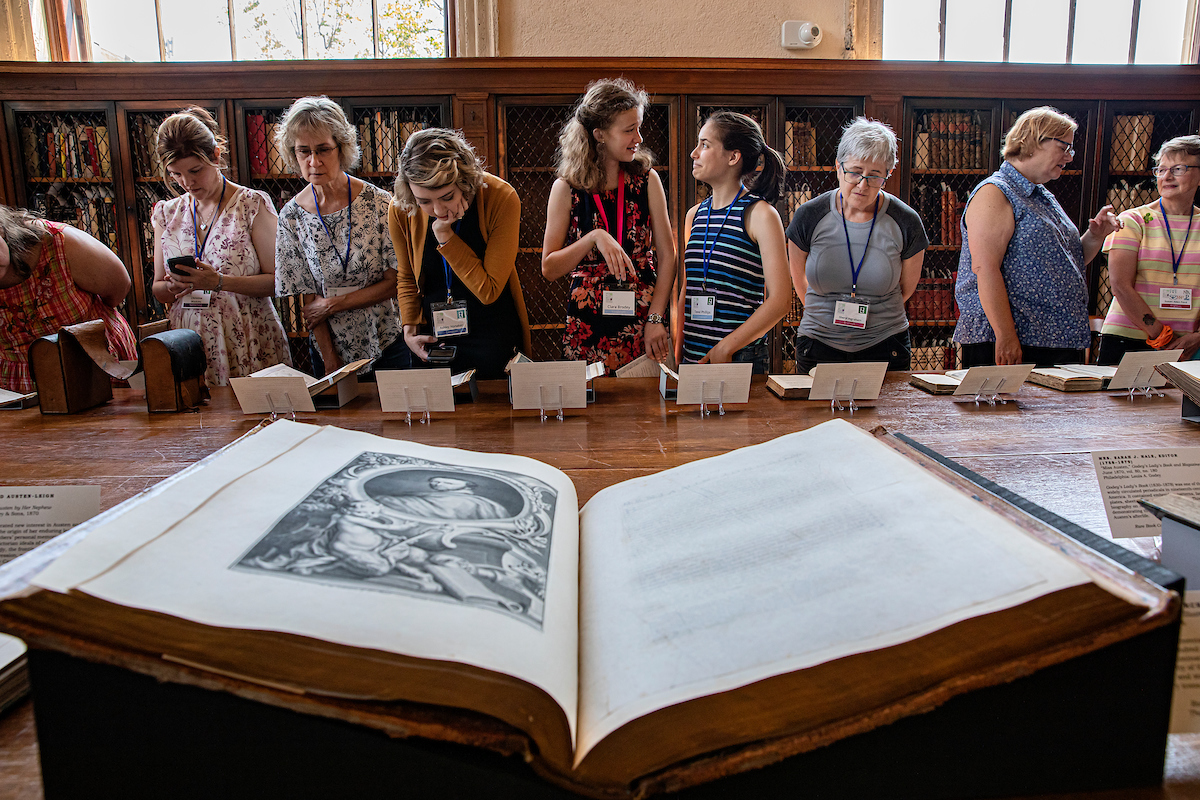 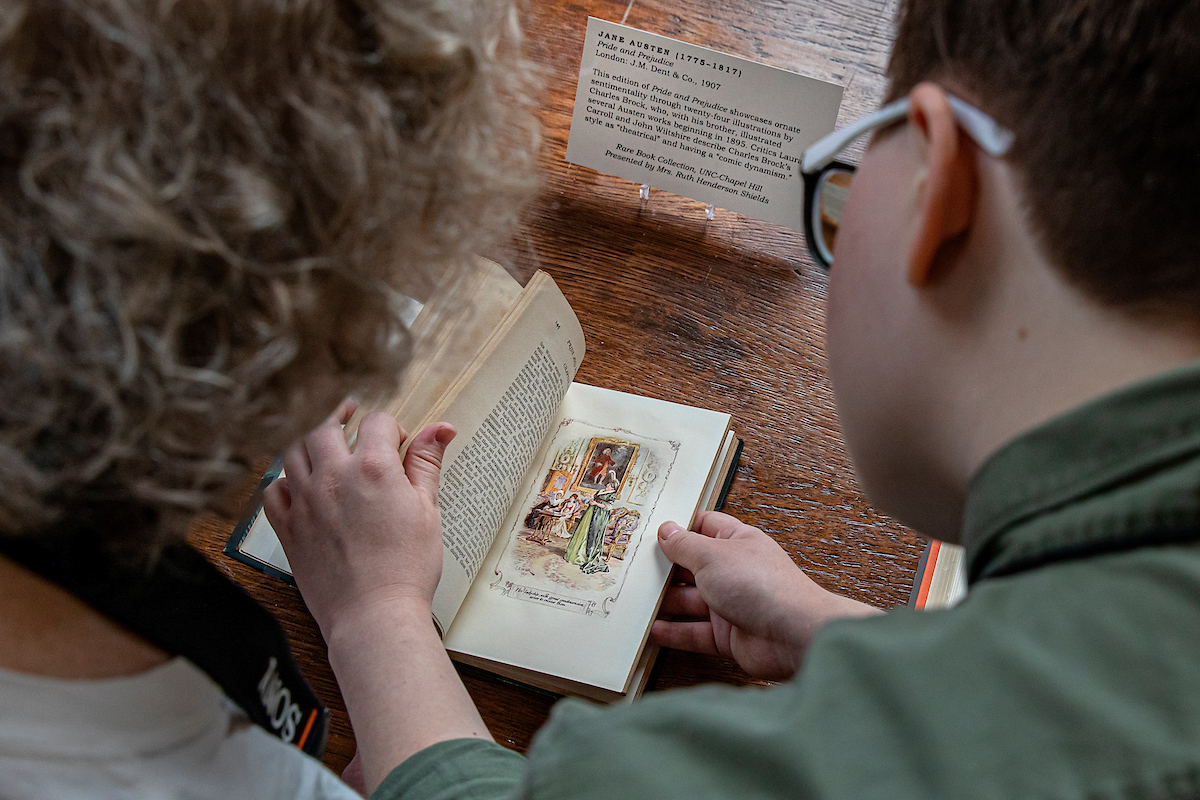 Among the collection was a 1907 edition of “Pride and Prejudice,” which was one of Austen’s most popular novels and was originally published in in 1813. 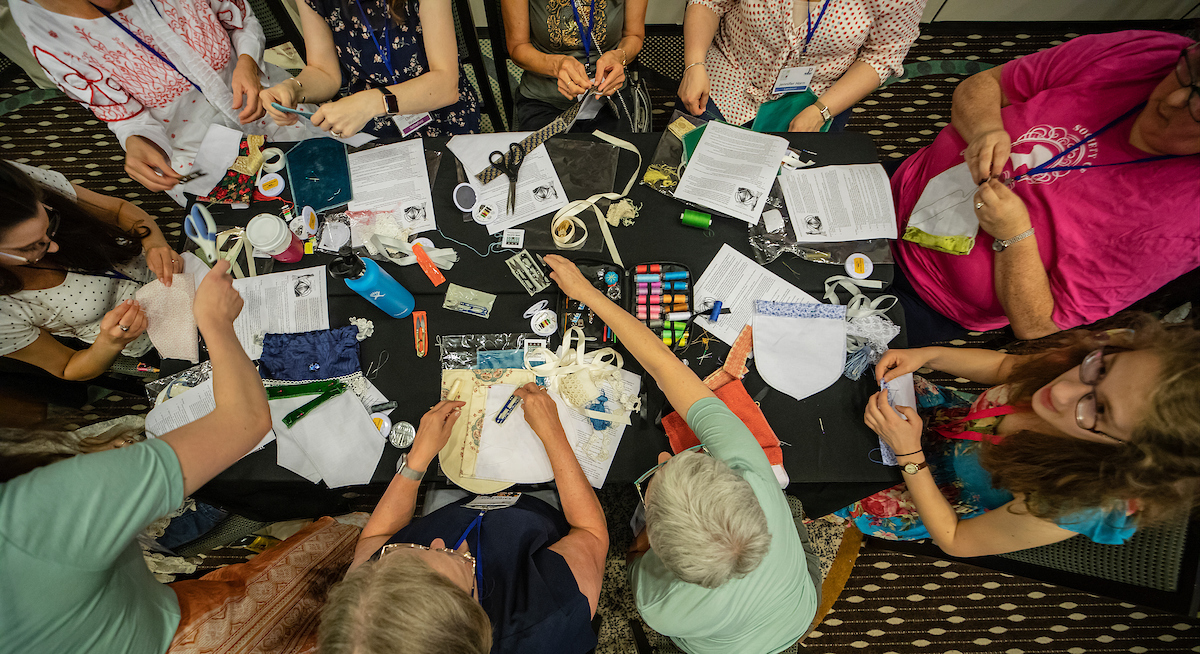 In addition to panels, workshops and exhibits, the symposium also featured cultural experiences, such as instruction on how to sew small handbags. Inger Brodey, an associate professor of English and comparative literature, lead participants in the project. 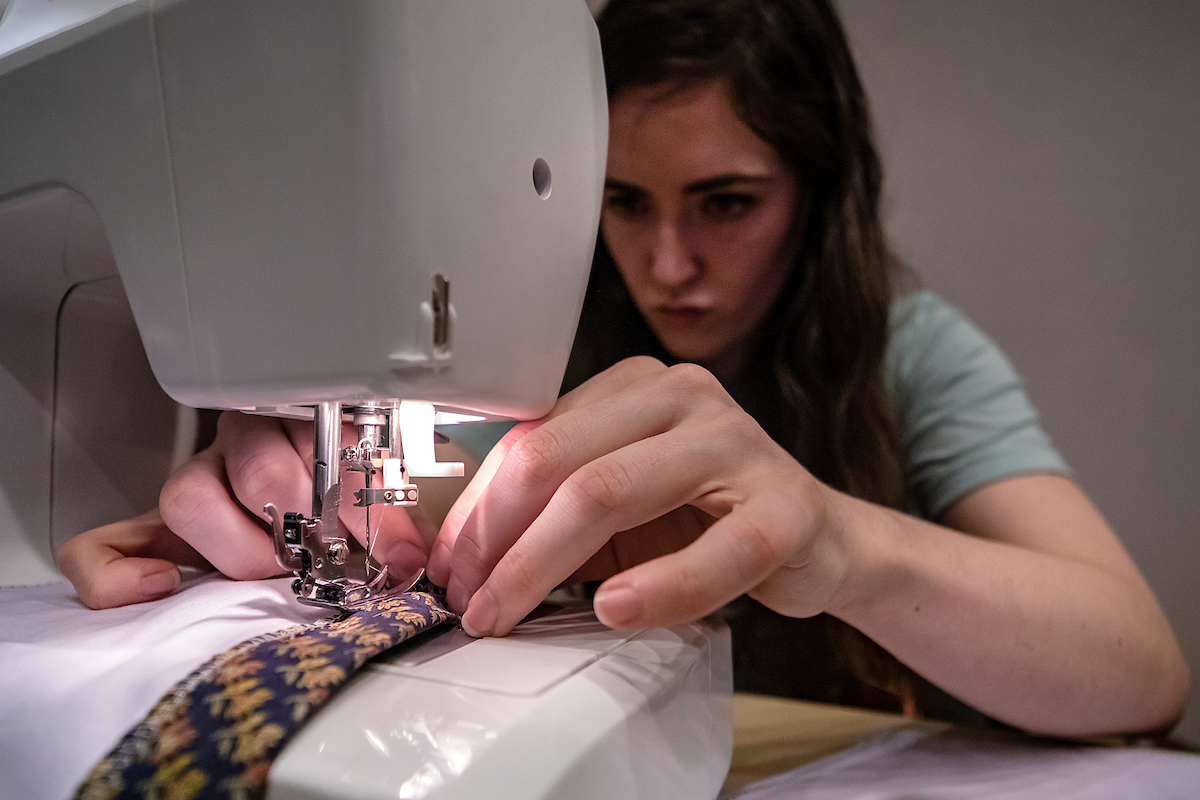 Called reticules, the small handbags were popular in the late 18th century. For many symposium attendees, the project was preparation for the main event on Saturday night. 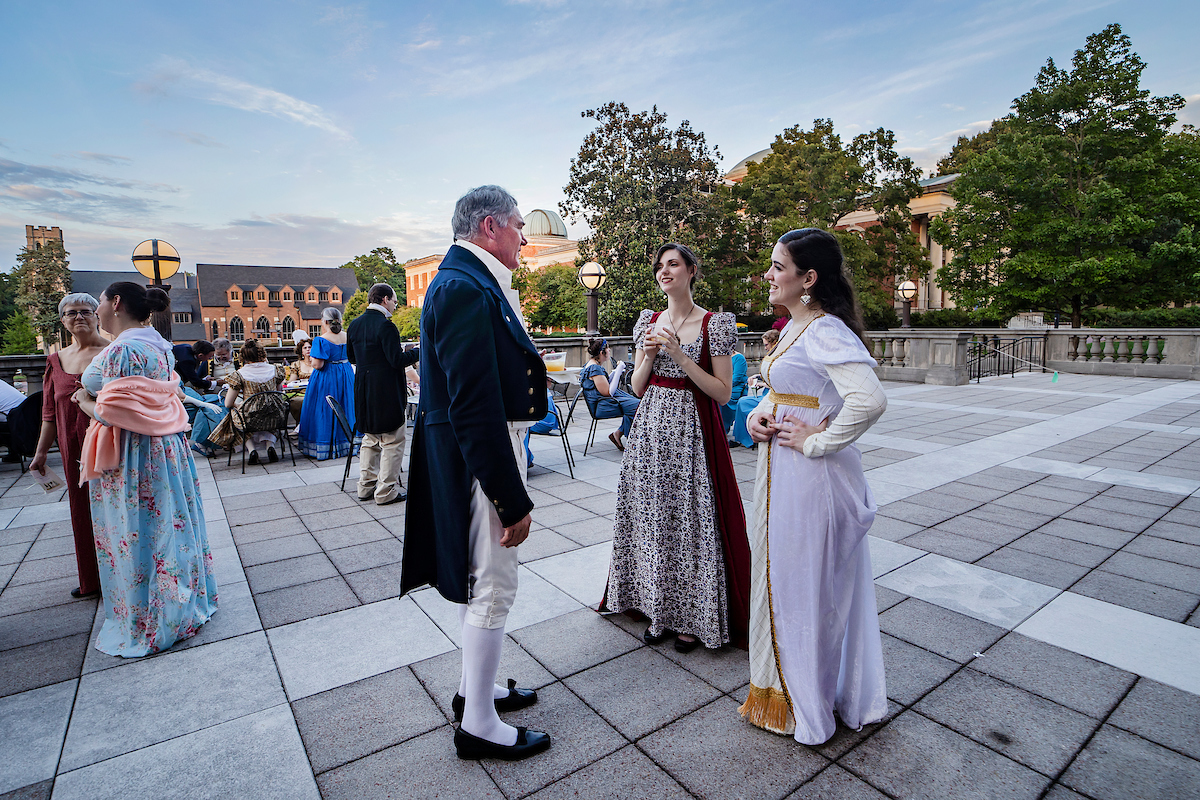 On the last night of the symposium, participants were invited to the Regency Ball at Graham Memorial Hall. Wearing period clothing, the participants stepped into the world of Jane Austen for the evening. 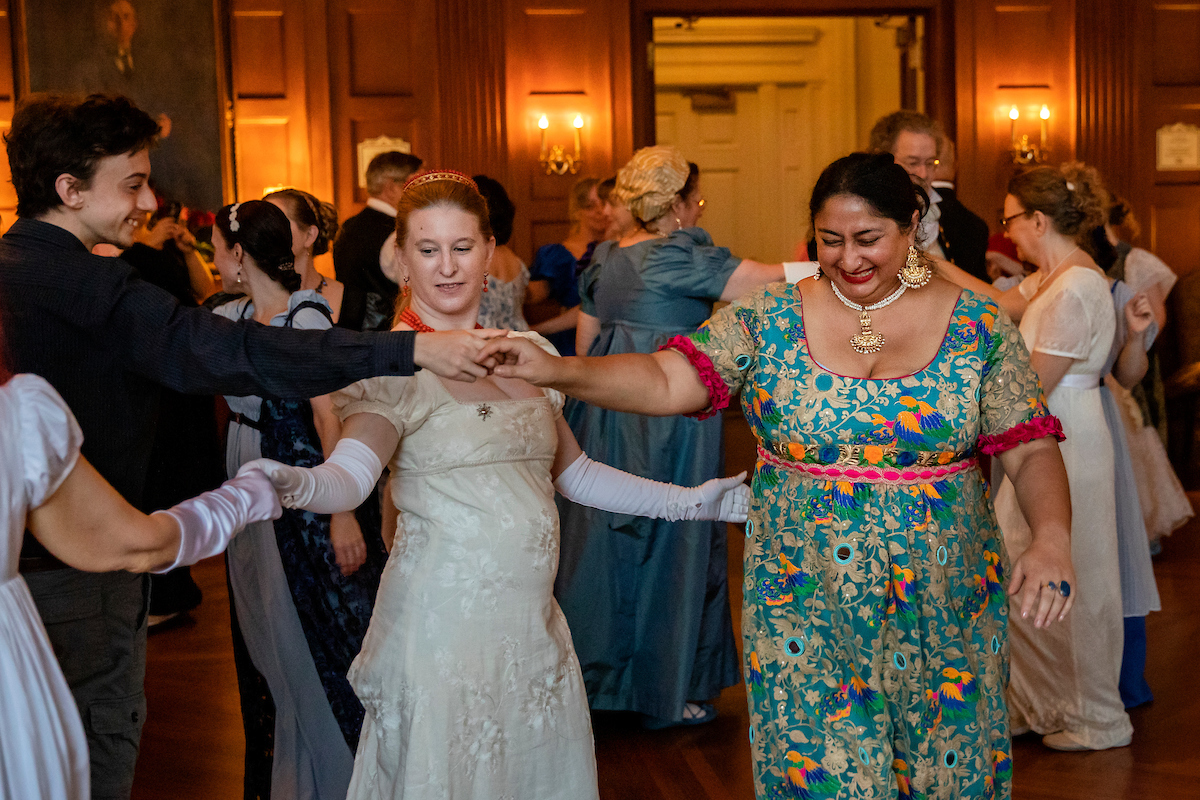 Throughout the symposium, participants took daily dance classes to learn 18th-century dances. The program also included workshops for dancers to get ready for the ball by preparing roses for their dance shoes and dresses. 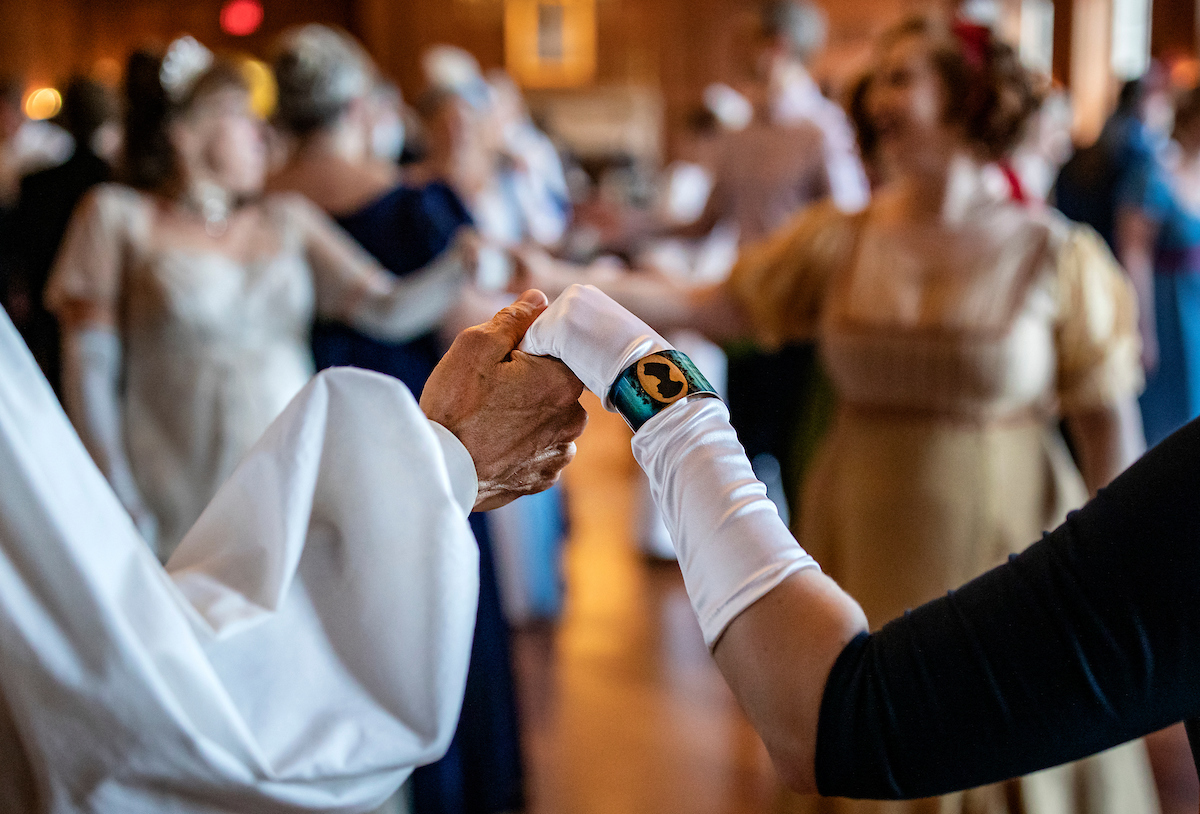