You’ve seen Tar Heels throwing touchdowns and shooting baskets on the court, but have you ever seen Carolina students running around on broomsticks?

Mohamed-Yahia Monawar hadn’t until he stumbled across a group of students holding a “Join Quidditch” sign at FallFest when he was a first-year student.

“I go to one practice, and then I just don’t stop going,” said Monwar, now a senior at Carolina.

At UNC-Chapel Hill, quadball — once called quidditch — is one of the many club sports offered through Campus Recreation. The sport is inspired by quidditch, the game from the wizarding world of Harry Potter, and is a co-ed contact sport consisting of elements from dodgeball, rugby and handball.

Instead of flying like characters from Harry Potter, competitors run with PVC “broomsticks” positioned between their legs while they attempt to score points by throwing balls through their opponent’s hoops.

The Carolina team practices three times a week to prepare to compete both regionally and nationally. They regularly compete against nearby universities, including the University of Virginia and North Carolina State University. Last year, the team competed in the National U.S. Quidditch Cup tournament in Salt Lake City, Utah, and some of the Tar Heels even played against the Canadian National Team this summer.

“You get to have a consistent way to stay active. You also get to meet great people on campus,” Monawar said of being on the team. 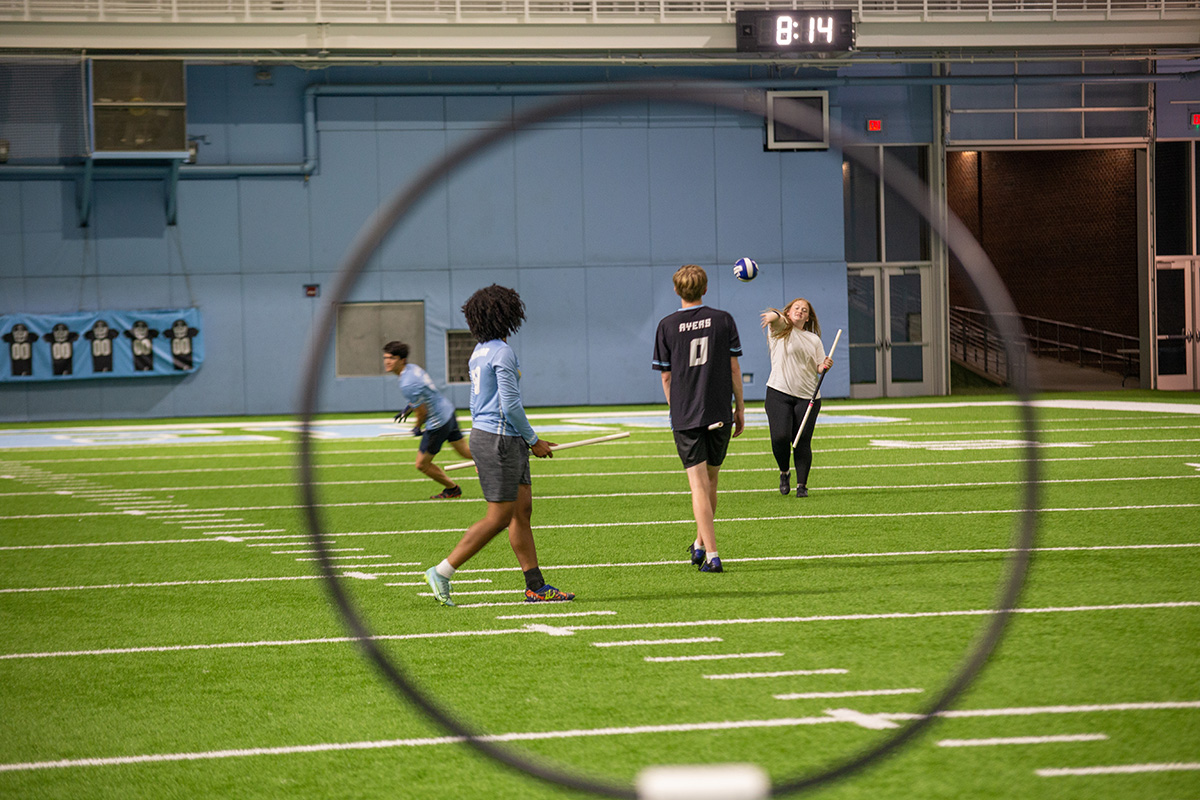 But the team isn’t only focused on racking up wins and titles. Carolina Quadball strives to provide an inclusive atmosphere open to players of all abilities. It’s a point of pride for Monawar.

“Because quadball brings in a diverse group of people from different backgrounds, you get to meet people that you wouldn’t typically have met,” said Monawar, the captain of the team. “This year, we are looking forward to welcoming new members and providing a good foundation for further growth of the club and program.”

For team member Pressly Browne, quadball provides a sense of community and friendship that he was looking for in a student organization.

“Quadball is a very fun sport, and the team [members] are all very nice people,” said Browne, a graduate student. “As an introvert, making friends is not easy for me, but everyone on the team is very friendly.”