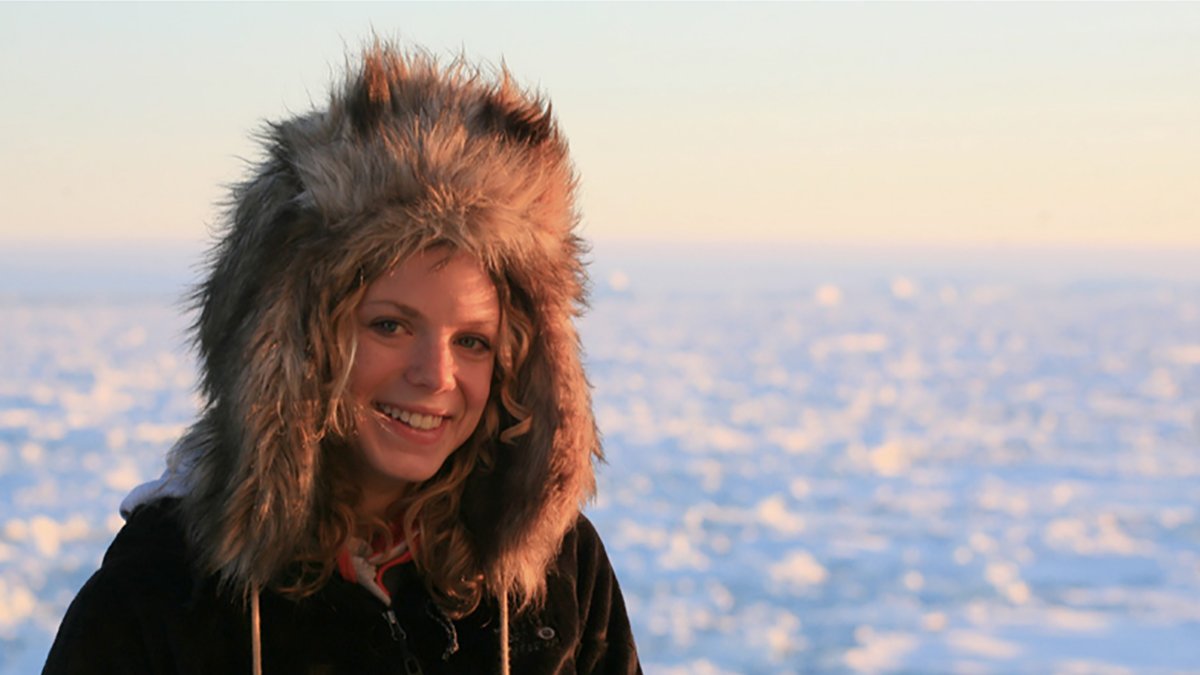 From the basalt lava fields of Hawaii to the vast white expanse of Antarctica, University of North Carolina at Chapel Hill alumna Zena Cardman has ventured to some of Earth’s most unique and remote places.

Now she’s setting her sights on the ultimate frontier—space. Over 18,300 people applied to be in NASA’s upcoming class of astronauts. NASA announced on June 7 that Cardman was among the top 12 accepted. She reports to NASA’s Johnson Space Center in August.

“It’s surreal,” Cardman said. “It still doesn’t quite feel real. I know that we’re all pinching ourselves a little bit. … The announcement itself, seeing how many people were excited about it, was humbling and really inspiring and I’m that much more excited to be part of this new adventure, this new NASA family moving forward.”

After two years of training, Cardman and the new astronaut candidates could be assigned to missions performing research on the International Space Station, launching from American soil on spacecraft built by commercial companies, and launching on deep space missions on NASA’s new Orion spacecraft and Space Launch System rocket.

A decade before she walked down the hallway at Johnson Space Center for an interview at NASA, Cardman walked into Venable Hall, home to the marine sciences department on UNC-Chapel Hill’s campus. She fell in love with biology in high school under the tutelage of Emil Davis, one of her most influential teachers, but it wasn’t until she came to Carolina that Cardman discovered the wonders—and possibilities—of microbiology.

Cardman studies microorganisms to better understand life on early Earth. Billions of years ago, before plants or animals, before the rise of oxygen, single-celled Bacteria and Archaea were the only Earthlings.

“When we find really ancient metabolisms, they can tell us a lot about what might have been going on in early Earth,” Cardman said, who is pursuing her Ph.D. at Penn State.

Understanding those early-Earth organisms, she said, will be key in exploring and examining other planets.

“A lot of these environments where I work serve as analogs to environments either on early Earth or maybe another planet even,” she said. “Knowing how biology on Earth can make a living with very limited resources, or really environments that are stressful to an organism, helps us know what to look for when we go to another planet.”

Cardman graduated from Carolina in 2010 with a degree in biology, honors in poetry and minors in marine science, creative writing and chemistry. As a Carolina student, she collected data for the Palmer Long Term Ecological Research Network in Antarctica and explored modern stromatolites, living versions of our earliest fossil evidence for life on Earth, with the Pavilion Lake Research Project in Britsh Columbia.

“Everything from the Marine Sciences Department to the Biology Department and the creative writing program made such an impact on me and were so valuable,” Cardman said. “I feel like they’re family.”

Read a full story about Cardman by Mary Lide Parker at the Endeavor’s website.
Read more about Zena Cardman on NASA’s website.