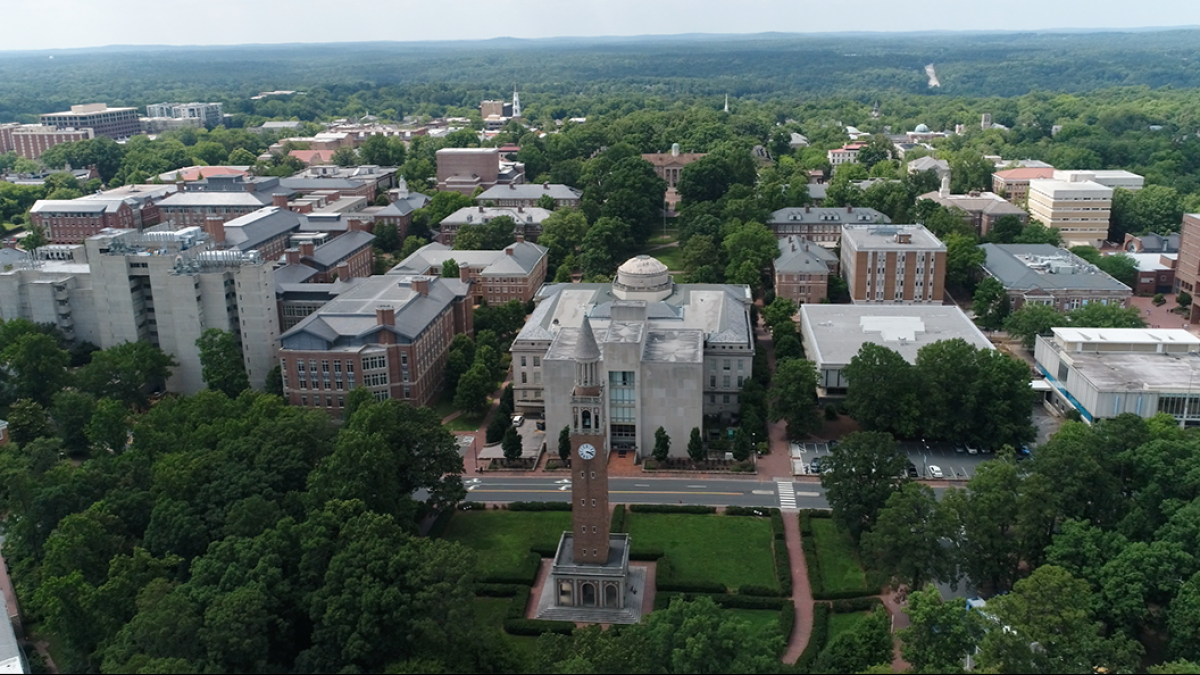 Old East, Old West and South Building have held their places on Carolina’s campus for centuries, but many other structures have come and gone throughout the years.

As the campus has been reshaped to fit new needs through renovations and construction projects, popular spots for earlier generations of Tar Heels have become unknowns for today’s students.

Take a look at how campus has changed through the years 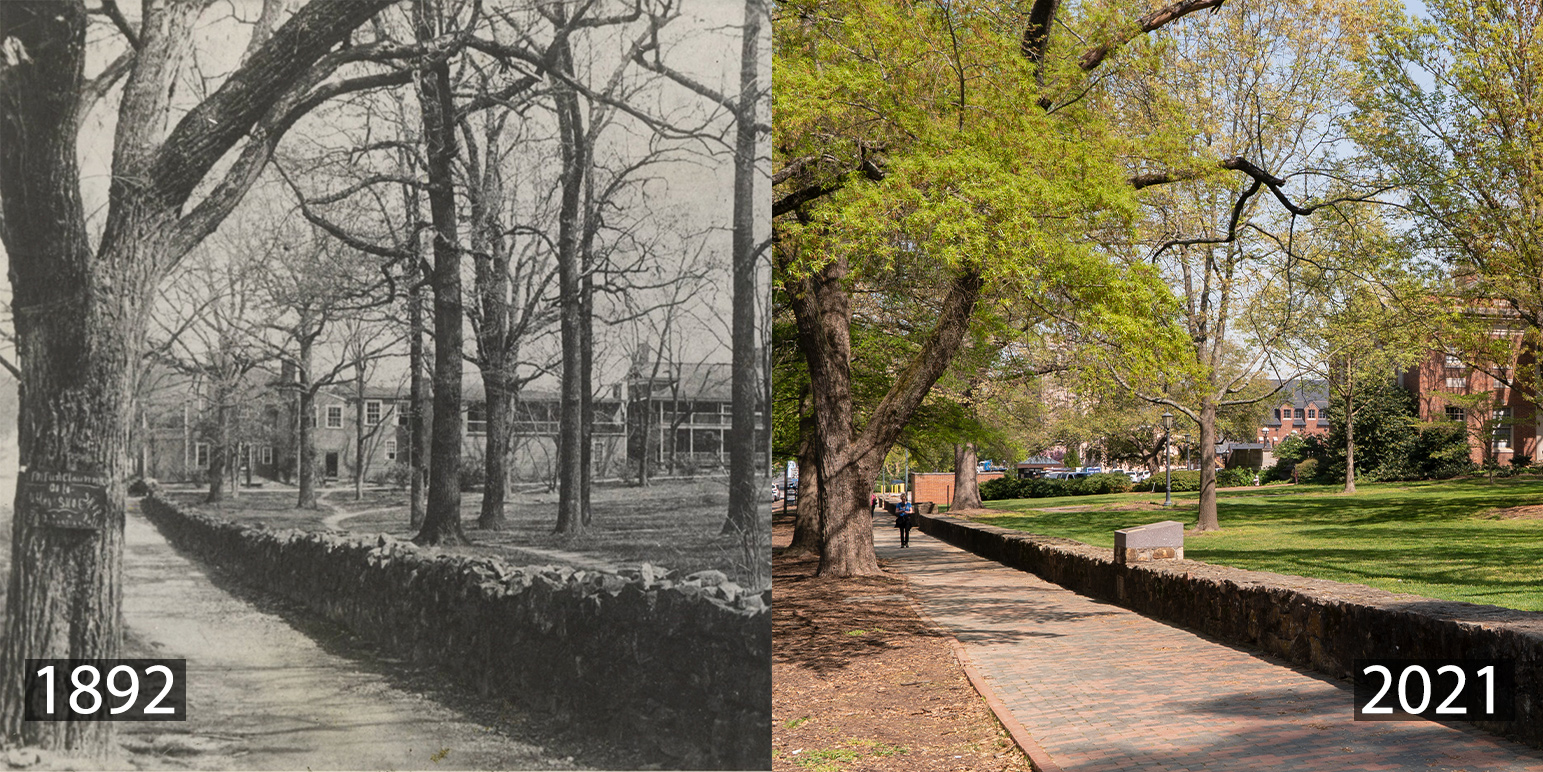 The Carolina Inn wasn’t opened until 1924, but overnight visitors who came to campus before then still had a place to stay. The Eagle Hotel sat on the northeastern corner of McCorkle Place where Graham Memorial is today, and served as a boarding house for both students and visitors from the mid-1800s until a fire destroyed it in 1921. Artifacts from the site have been discovered during archaeological digs over the years. 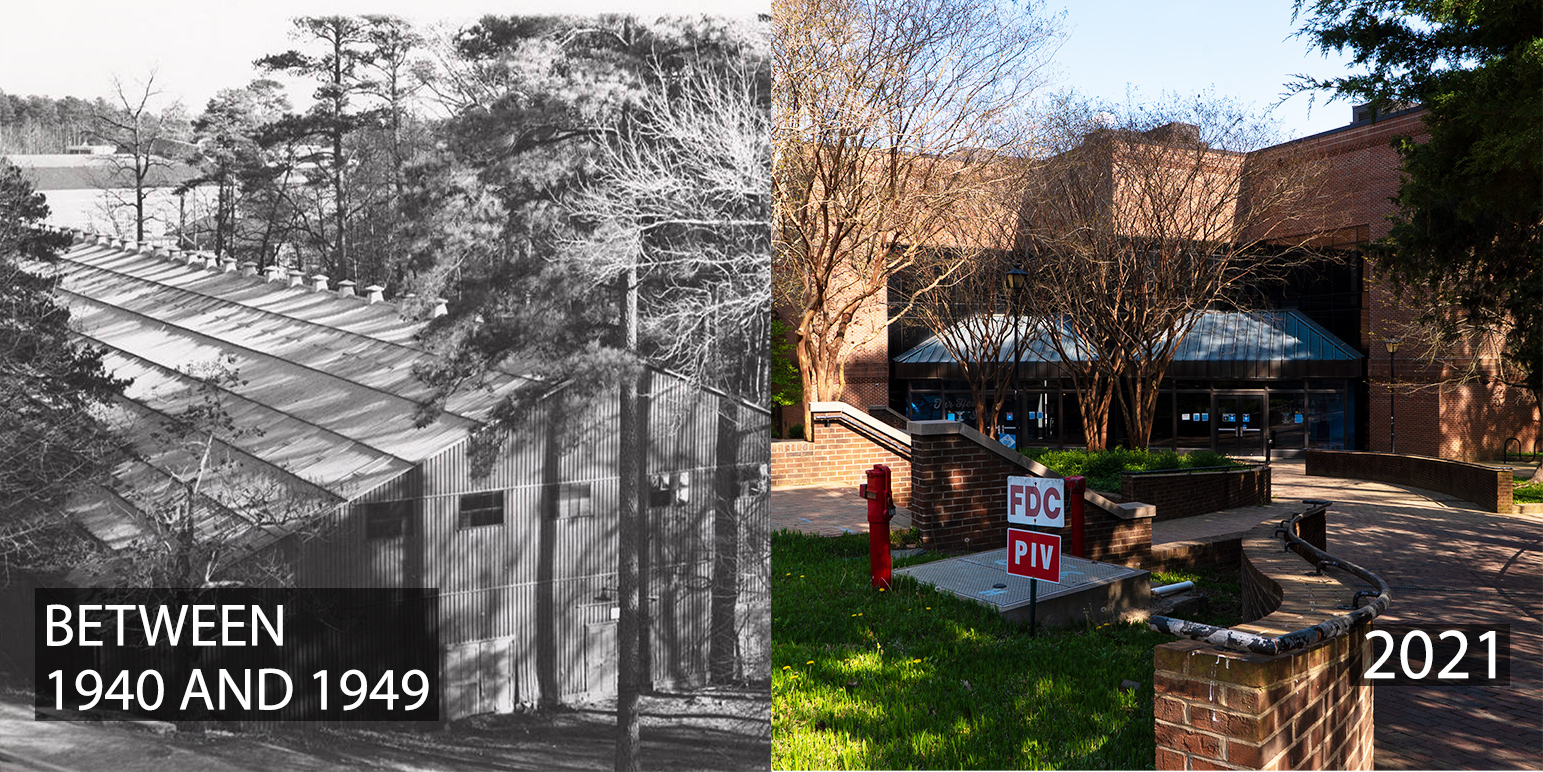 Before the Dean Dome, before Carmichael Arena and even before Woollen Gym, there was the Tin Can. Carolina’s men’s basketball team called the building home in the 1920s and 1930s. It also hosted performances from musicians like Louis Armstrong and Duke Ellington and even served as a dormitory for a period after World War II. The Tin Can was torn down in 1977 to make room for Fetzer Hall. 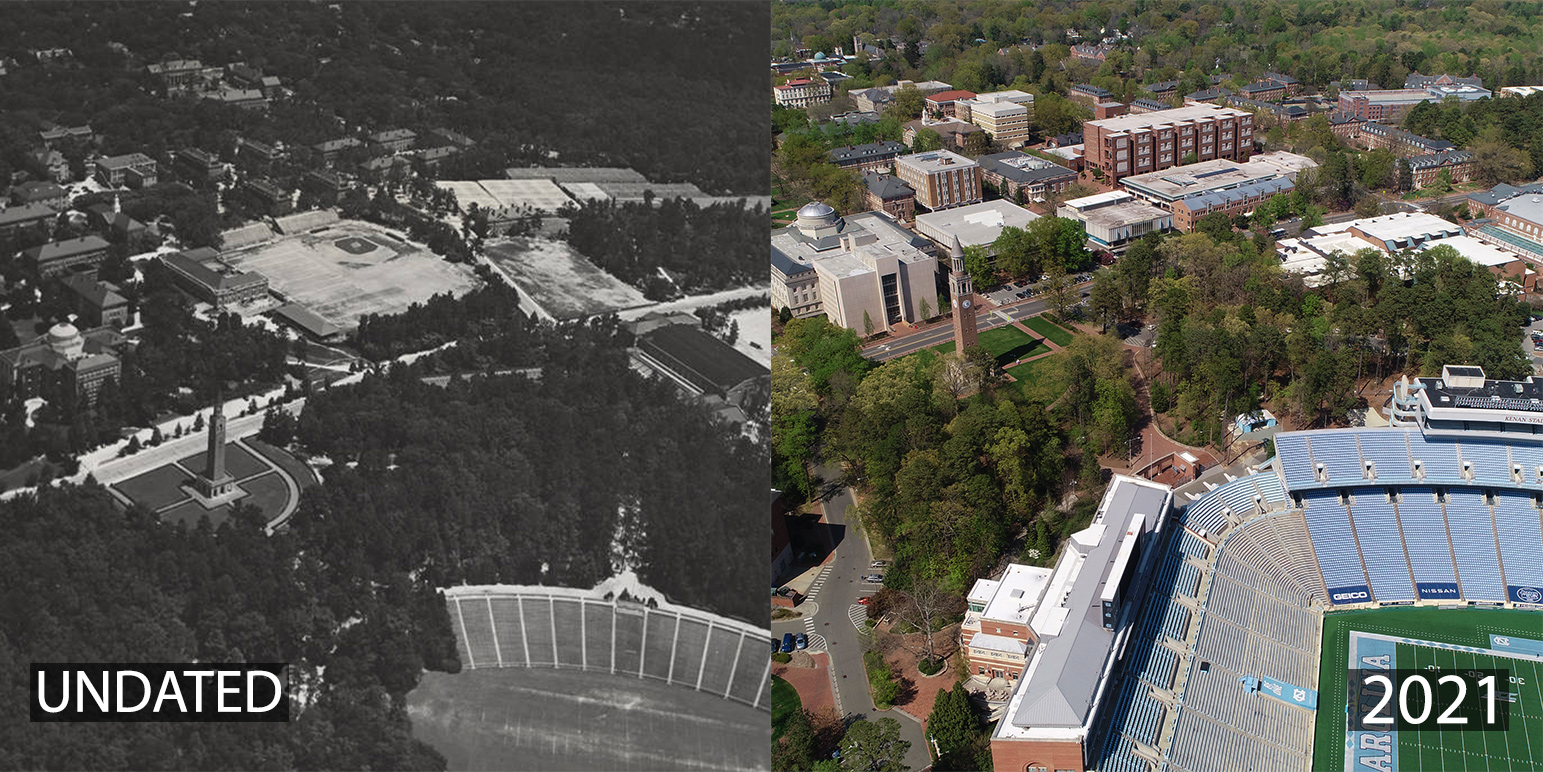 The spot where today’s students study is the same one earlier generations visited to cheer on Carolina’s athletic teams. Located where Davis Library and the Student Union sit today, Emerson Field was home to Carolina’s football, track and field, and baseball teams beginning in 1916. By the late 1960s, the teams had moved to new facilities, and the Emerson Field acreage was redeveloped. 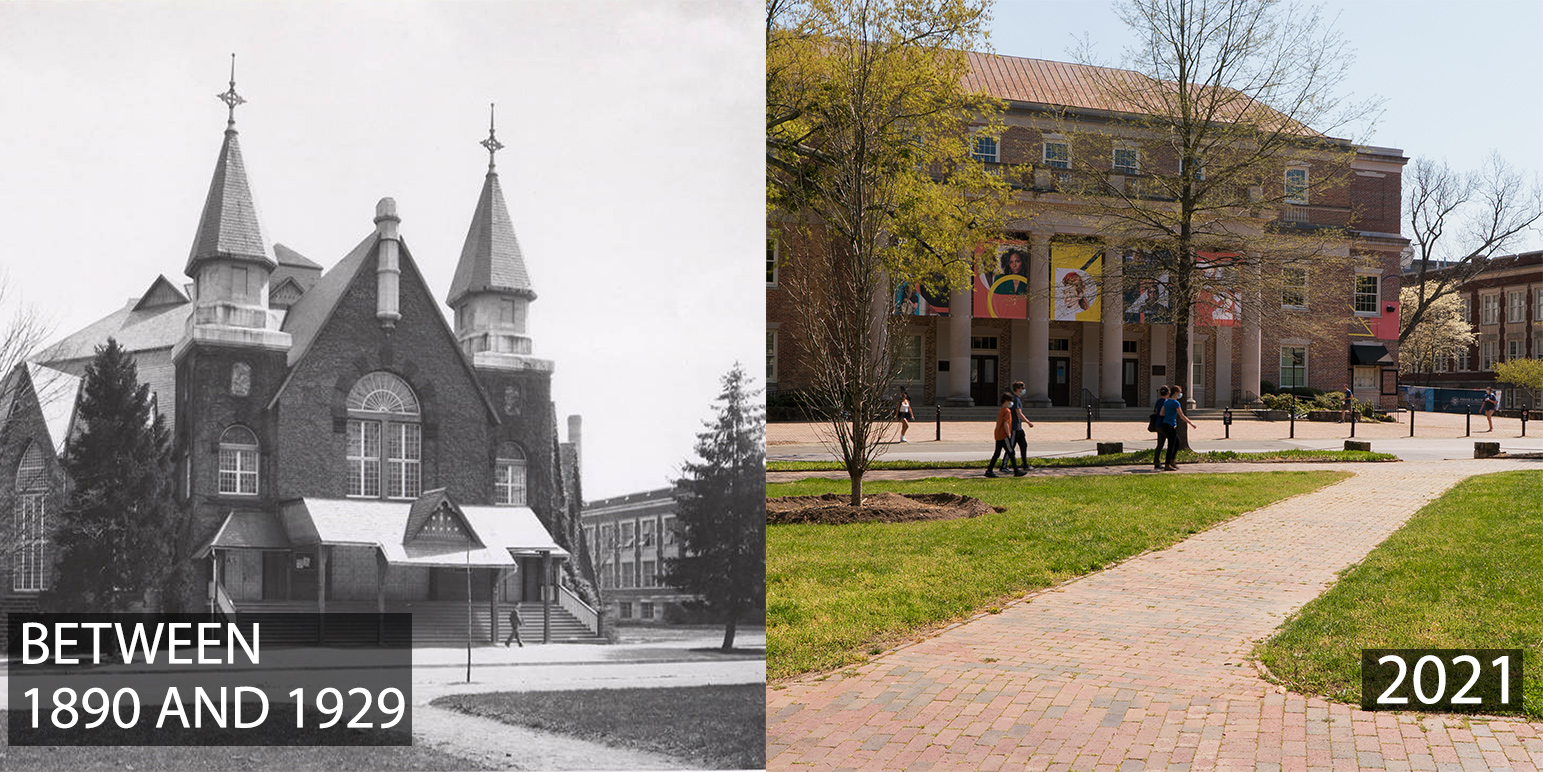 Carolina’s main gathering venue – even in the 1880s – was Memorial Hall, though the building was a much different structure than we know today. Located in the same place as today’s Memorial Hall, the original structure was deemed unsafe by inspectors and replaced by the current building in the early 1930s. 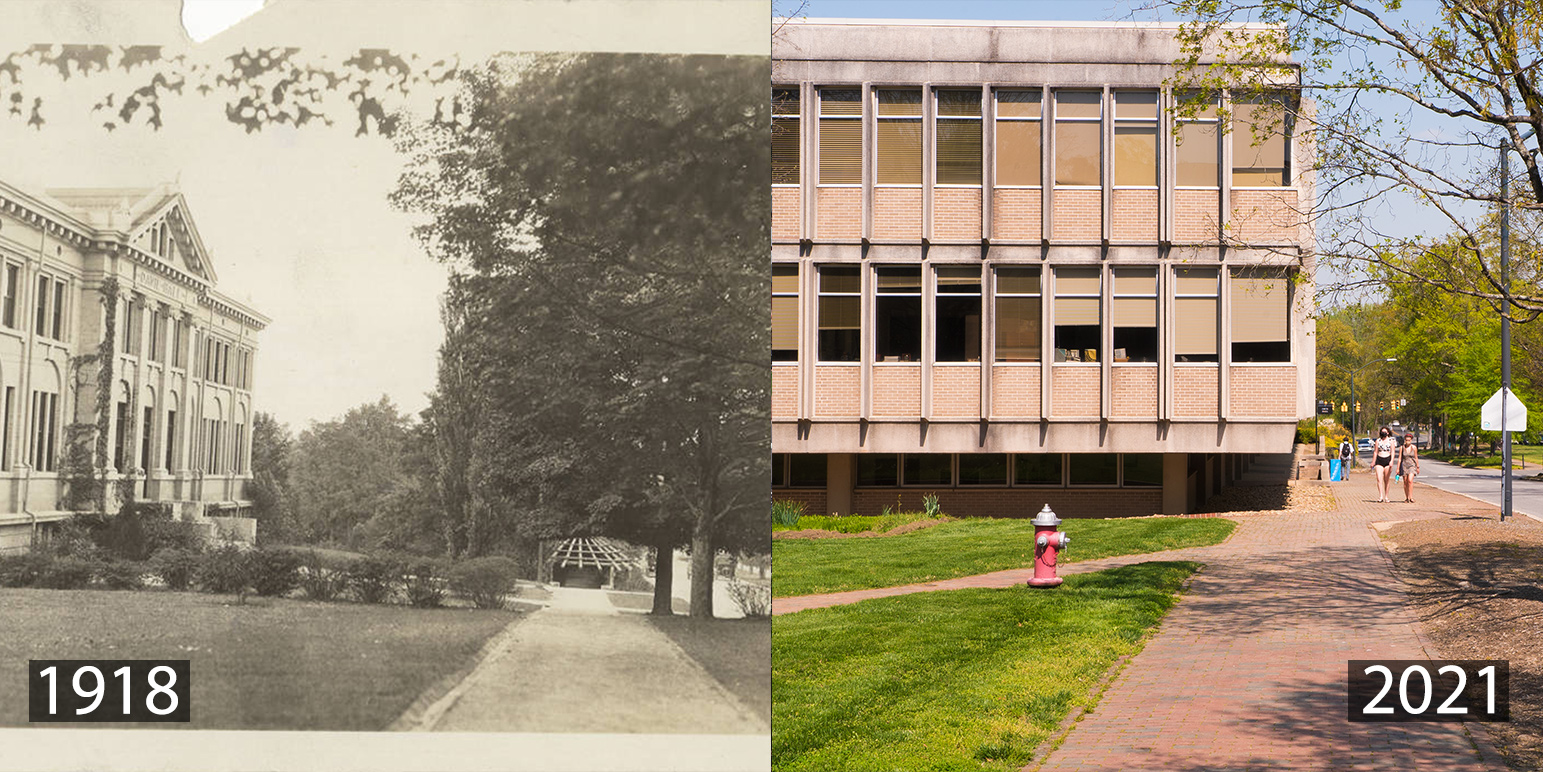 Though some of the early 1900s building remains, most of the original Davie Hall was torn down in 1966 to make room for a newer and larger replacement. Today the building is home to the College of Arts & Sciences’ psychology and neuroscience department. 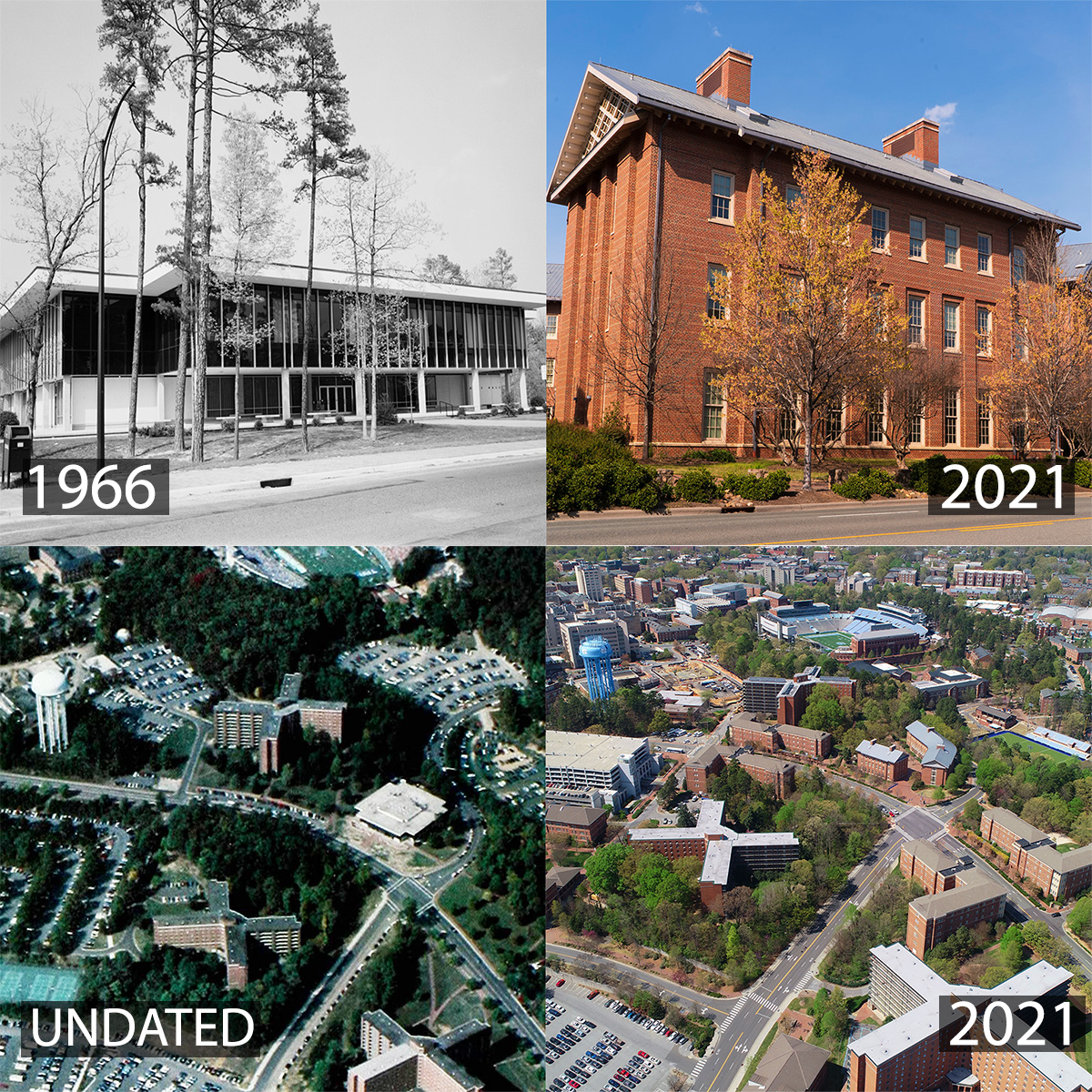 Chase Dining Hall has been serving meals to Carolina students for nearly half a century, but not in the same location. Built in 1965, the original Chase Dining Hall sat at the intersection of Ridge Road and Manning Drive until 2005. That’s when it was replaced by the current Chase Dining Hall at the neighboring Rams Head complex and torn down to make room for the Student and Academic Services Buildings Tar Heels know today. 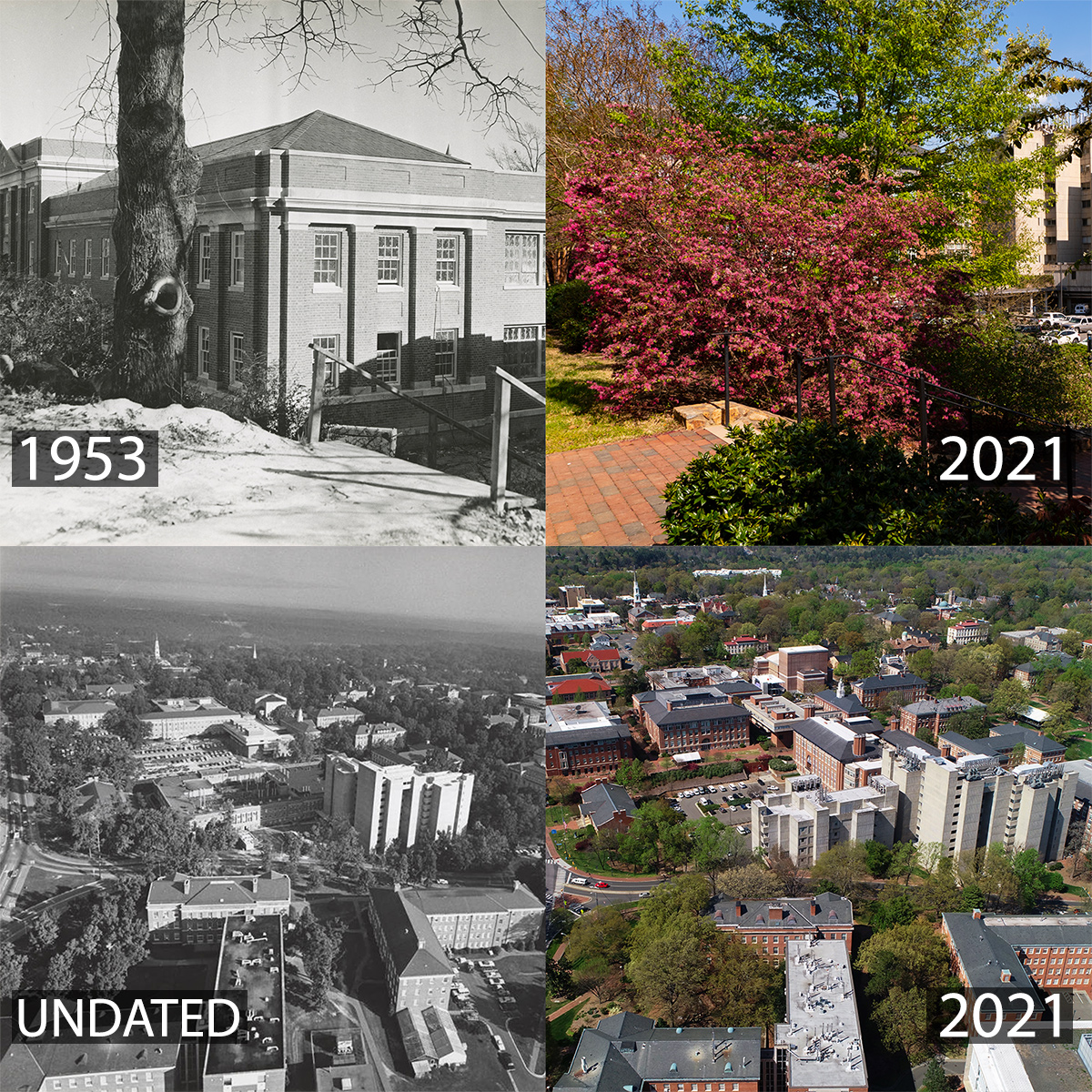 Carolina’s chemistry department has called Venable Hall home for nearly 100 years, but the first eight decades of that period were spent in a different Venable Hall than the one on campus today. Built in the 1920s, the original Venable Hall served generations of Carolina students. It was demolished as part of a major overhaul of Carolina’s science complex in 2008. 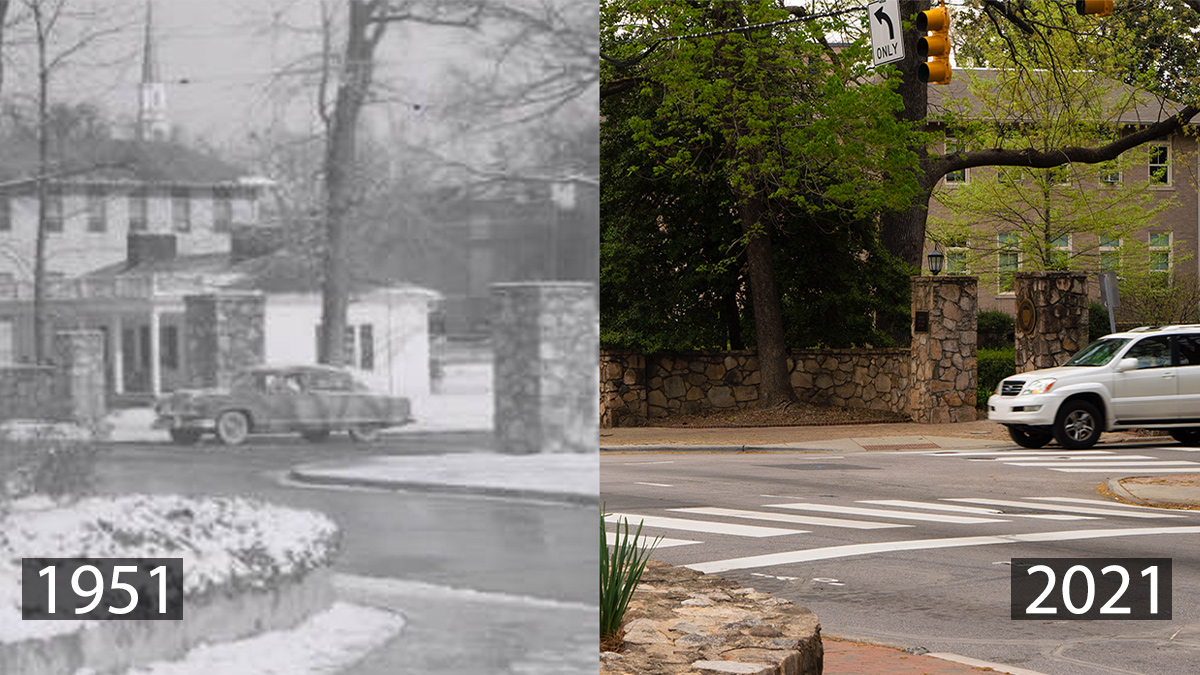 To Tar Heels of certain generations, each trip to class required a stop at the intersection of Columbia Street and Cameron Avenue, but not necessarily to wait for the crosswalk. The Scuttlebutt snack bar served up coffee and other nourishment to students. Initially a canteen for Navy pilots training for World War II, the Scuttlebutt served students from the 1940s until it was demolished in 1996 after falling into disrepair.

Archival photos and historical details from UNC-Chapel Hill Collection at Wilson Library and “UNC from A to Z,” by Nicholas Graham and Cecelia Moore.