Nearly 6,200 Tar Heels celebrated their graduation at Sunday’s Spring Commencement, where keynote speaker Frank Bruni challenged the Class of 2022 to choose happiness and count their blessings.

“You have many, many important choices ahead of you…but none of those choices will have as much bearing on your decency as a human being and your happiness — your fundamental, enduring happiness — as a choice that you will make monthly, daily, even hourly,” said Bruni ‘86, renowned journalist and bestselling author. “And that’s whether you’re going to be somebody who counts her blessings or somebody who tallies her slights.”

In his message to the graduates, Guskiewicz drew a parallel between the Class of 2022’s journey through the pandemic to the 2021-22 men’s basketball team’s trip to the NCAA National Championship.

“Everyone has moments of doubt and struggle. Everyone has moments when they need to lean on others for support,” Guskiewicz said. “Don’t carry it alone. Speak from your heart and invite others to do the same. All of us are here today by the grace of our own hard work and the generosity of others. It takes both.” 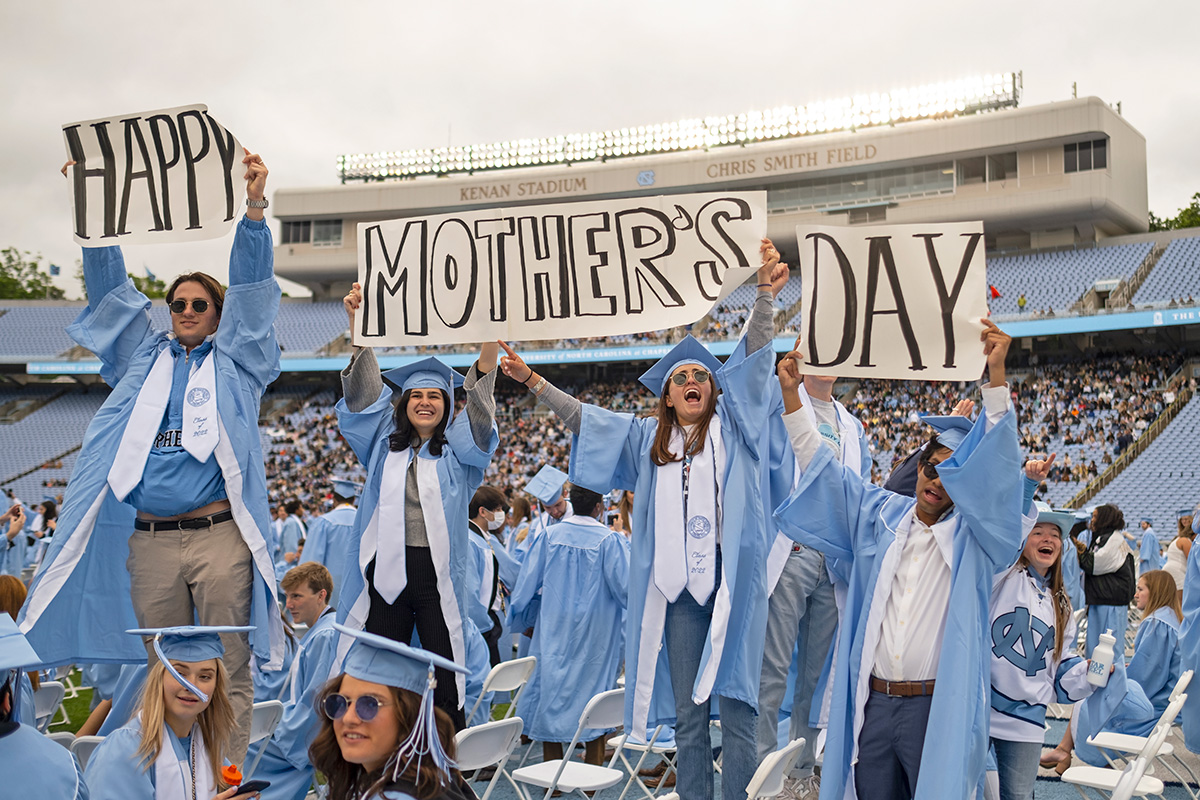 Though the day celebrated the start of a new chapter in their lives outside of Chapel Hill, the graduates will always remain Tar Heels, the chancellor said.

“We want to see you back in Chapel Hill,” Guskiewicz said. “You have earned more days in this magical place than you were able to claim, but you’ve got a lifetime to make up for it.”

Bruni recounted memories from his time at Carolina in his Commencement speech and charged the graduates to appreciate their time in Chapel Hill.

“I can’t tell you how honored I am to be here with you and how moved I am because Carolina has such a special place in my heart,” Bruni said. “I spent my own college years here, working past midnight at The Daily Tar Heel, rushing before the exam to finish The Iliad — OK, to skim The Iliad — never quite getting to the pinnacle of Paradise Lost, probably because the chicken biscuits from Time-Out weighed me down.”

He also shared a shift in his own perspective that occurred when he suffered a rare stroke that caused partial blindness in one of his eyes, affecting his ability to see clearly but giving him a different kind of clarity.

“My vision improved — not the vision measured by an eye chart — but the more meaningful kind,” Bruni said. “I saw how rich I was in terms of family and friends. I saw that the clarity of the objects around me had no connection to the sharpness of the ideas in my mind. Yes, it was more difficult to work, but editors still wanted that work. So did readers. That was the relevant reality. My advantages easily outweighed my disadvantages.”

Bruni aligned his loss of vision with the graduates’ losses during the pandemic but charged them to focus on what they’ve gained during their time at Carolina. He said that the Class of 2022 received an exceptional education by learning how to persevere through difficult times.

He encouraged the graduates to reach high, dream big and coax the best from themselves and the people around them, but also had a warning.

“Some of those dreams will come true. Others won’t,” Bruni said. “That ratio won’t determine the buoyancy of your heart, or your peace of mind, because those aren’t ruled by any arithmetic. They’re governed by attitude, by whether you fully cherish the highs and find grace in the face of the lows.” 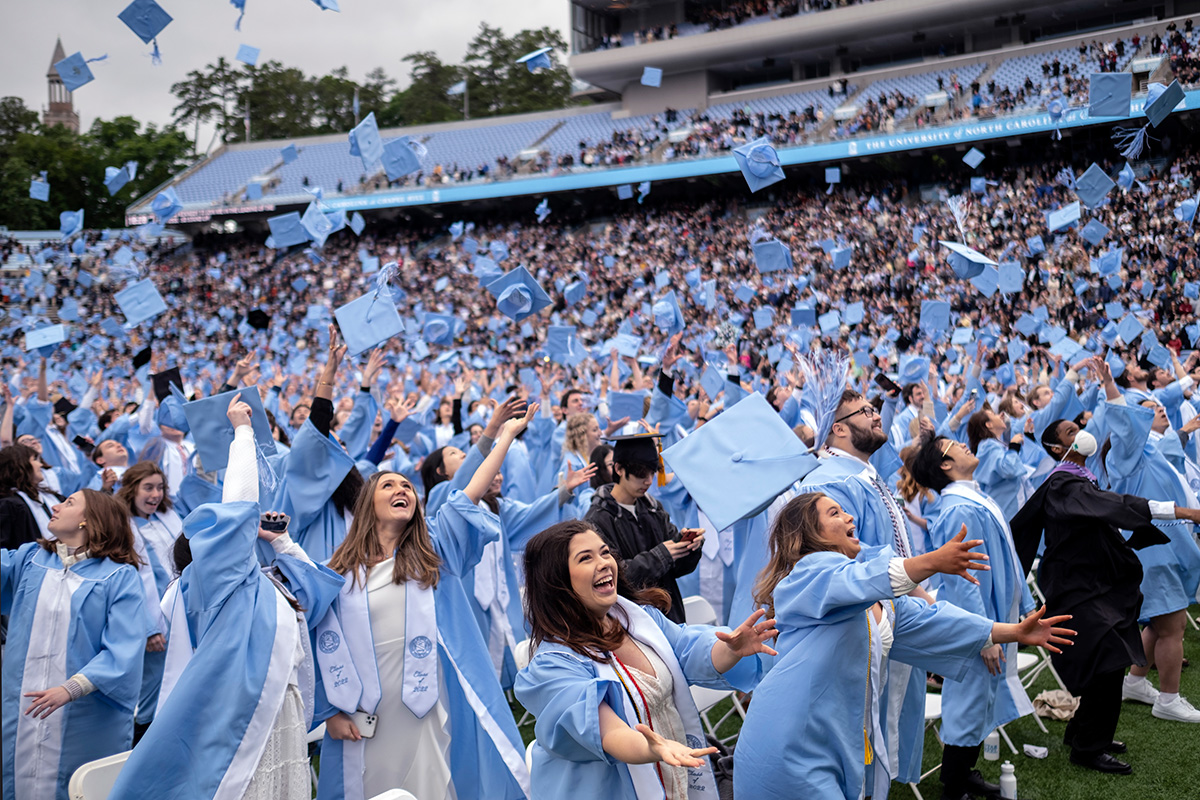 Graduates toss their caps at the end of Spring Commencement on May 8. (Photo by Jon Gardiner/UNC-Chapel Hill)