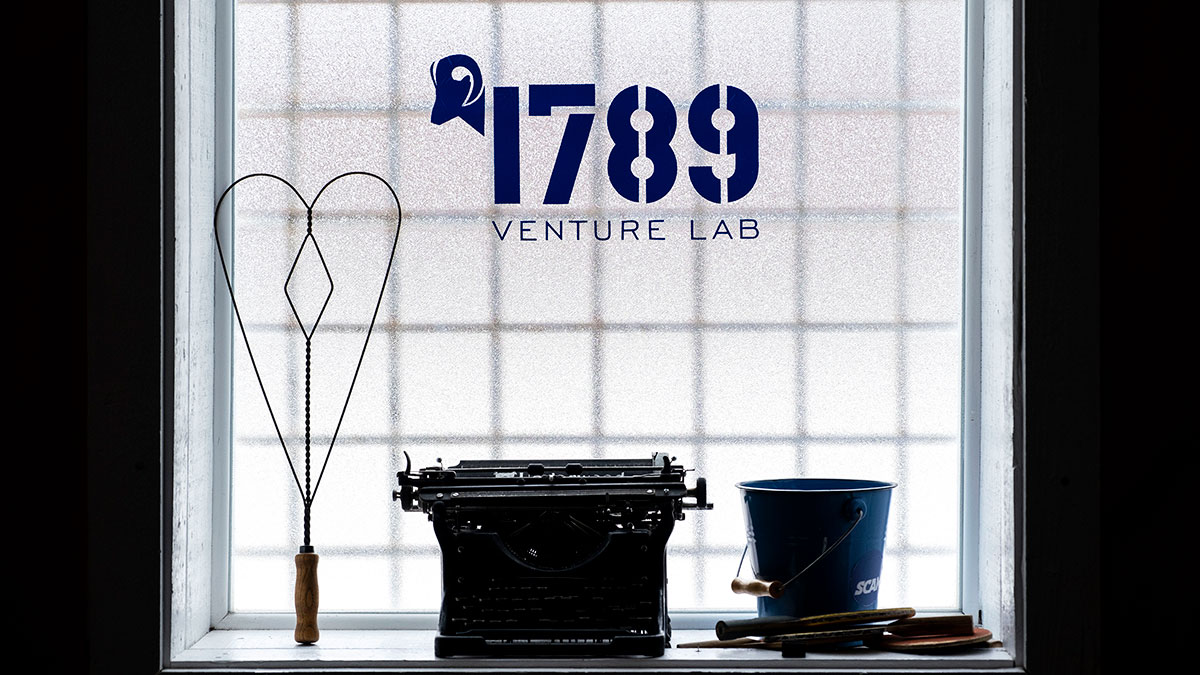 When Michael Heggie arrived at Carolina as a transfer student, he had his sights set on law school.

To get his feet wet in the field, he launched a defense firm to represent students appearing in front of the University’s student-led honor code. After representing several students in the first year, he realized law might not be his passion. Building something from the ground up and watching it succeed was.

That passion grew into not just starting student groups, but businesses, including his most recent venture, USeek Connection Solutions, which connects local businesses with available student workers.

To learn the ropes of entrepreneurship and get this company off the ground, Heggie turned to 1789, Carolina’s central hub of student innovation. The space combines mentorship and workshops with working space and a collaborative setting to help Tar Heels develop the skills to be entrepreneurs and innovators.

“1789 was a keystone for us in the very early stages of getting everybody together, getting into a real mindset,” said Heggie, a senior majoring in psychology and minoring in entrepreneurship. “It was extremely important, and it also gave us a great space to create the application and meet the needs that we saw in the market.”

Operated by Innovate Carolina for the past 18 months, 1789 is working to develop talent for the workforce of the future, said Kimi Yingling, student engagement and events manager at Innovate Carolina.

“The goal is to foster an environment, create learning opportunities and build that mindset and skill set of an innovator,” she said. “We’re supporting all students who are interested in innovation and entrepreneurship. We believe that the skills that students learn pursuing entrepreneurship or being innovators will crossover and help them with skills like problem-solving, resiliency and team building.”

1789 was launched in 2014 by serial entrepreneur and Carolina alumnus Jim Kitchen, currently a professor of the practice at the Kenan-Flagler Business School. Located in a renovated bar on Franklin Street, the innovation incubator provides working space and meeting rooms for students preparing to launch their newest venture. For Heggie, that space was critical for getting USeek ready for the public.

“Anything you need for an early-stage startup, it’s going to be right there for you,” he said. “It’s important that you have a space where the only purpose is to build your company. When people go there, their psychological mindset immediately splits to ‘I’m here to build a company.'”

Veteran entrepreneurs with experience in everything from marketing to venture capitalist pitching to software development host office hours to help the Carolina students at 1789.

For senior Sam Canney, those connections and the collaboration that happens within the space are some of its biggest benefits. He has long been interested in launching his own companies but needed to find the resources to help.

“I was looking for a space where I could meet other like-minded people,” he said. “I was looking to build out a team and find other entrepreneurs who were running into the same issues that I was trying to start a business of my own.”

But 1789 isn’t just for students with a venture already in the works or students taking business courses.

Yingling said 1789 is designed to be a space for students to test out the waters of entrepreneurship and hone professional skills. Throughout the semester, 1789 hosts several workshops that dive into topics ranging from understanding roles in startups to pitching yourself, and a lunch-and-learn series with local CEOs, COOs and founders.