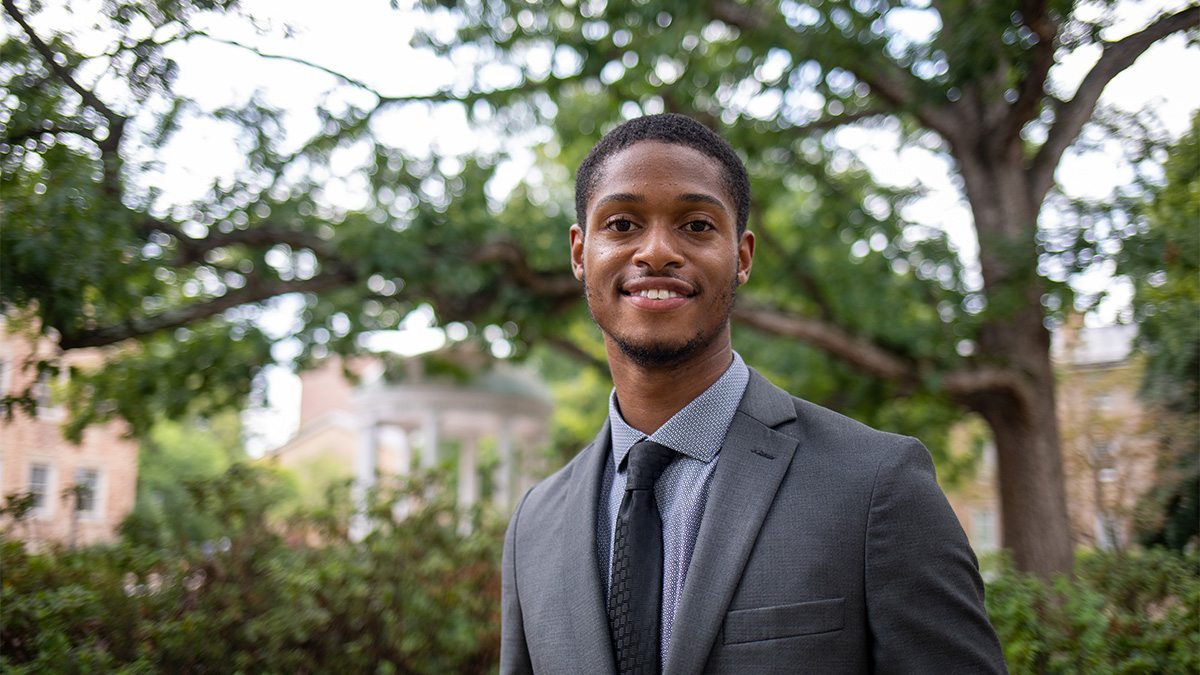 As a teenager growing up in a family of athletes in a single-parent household, Righteous Keitt said he once thought there were only two paths to success: athletics or entertainment.

“I was never much of an entertainer, and not very athletic either — I tried and tried to be good at any kind of sport,” Keitt laughed. “I remember having a conversation with my mom, who was one of the only people who never pushed me in that direction, and she told me to do something within my field of interests.

“She also told me I wasn’t doing my part,” the senior continued. “She was talking about doing the dishes, but being the inquisitive overthinker that I am, I took that upon myself to see what that really meant, and for me that meant service.”

Throughout high school, Keitt focused on serving his community — even starting his own nonprofit, Bags for Bagless, which helped people experiencing homelessness gain access to daily toiletries and other necessities.

“I learned that ‘doing my part’ was giving back to the communities that raised me — Rock Hill, South Carolina, and Charlotte, North Carolina,” Keitt said. “I learned more about advocacy and what that means from a student perspective, and I worked with a youth council that was a partnership of the local government, Charlotte-Mecklenburg Schools, and all municipal fields.”

During his college acceptance, Keitt learned about the Joseph E. and Grace Needham Pogue Scholarship, which supports Carolina students who work for the cause of greater diversity and understanding at the University. Students selected for the program show extraordinary strengths in one or more areas and a commitment to diversity.

“My mom and I were looking at the acceptance letter, and an email came in that said I had been selected to receive the Pogue Scholarship,” Keitt recalled. “It just so happened that I had changed the entire trajectory of my life to focus on diversity and service, never imagining that there would be scholarship opportunities in these areas. Now I can go to school for free because of the one thing that I wasn’t sure would get me anywhere.”

Upon graduation in spring 2023, Keitt, a political science and public policy double major, hopes to pursue a career in corporate philanthropy, ideally at a Fortune 500 company in their corporate engagement sector, where he can channel funds back to local and global communities. In the meantime, he continues to find ways to give back to his community.