Roberto Escobar lives his life by following a few simple principles he picked up from his mother — a single mother who immigrated to the United States from El Salvador with three children and supported the family by working as a housekeeper in New York City.

“The only role model I had — which was to be a hard worker every single day and that anything you were tasked out to do, try to do it to the best of your abilities — was my mom,” Escobar said. “I was raised on the mindset that you must earn every bit of it. Nothing will be handed to you.”

His mother’s example — combined with the support of a Marine Corps recruiter he met as a teenager — has guided Escobar through two decades as a Marine scout sniper and now to the University of North Carolina at Chapel Hill, after transferring from Coastal Carolina Community College, to continue his undergraduate career. 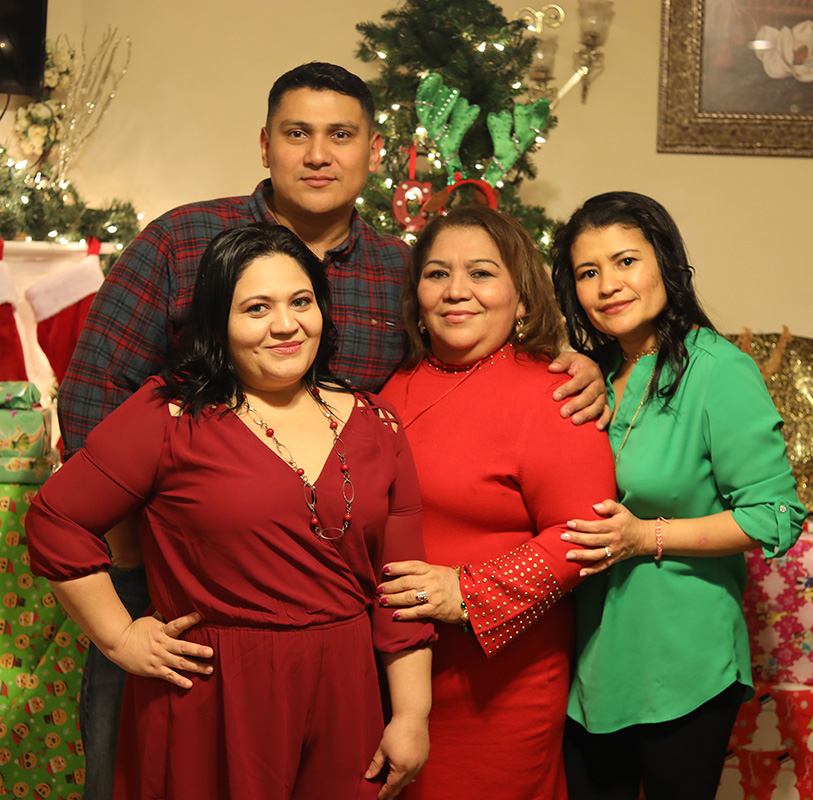 Escobar hopes to use this new phase of his life to serve as a role model for the next generation, particularly for his family.

“I’m the first one to graduate from high school in my immediate family — all my nephews and my niece have now graduated, and there’s two left that are about two or three years from graduating,” he said. “That’s a huge move on up for an immigrant family from El Salvador. Slowly but surely, it’s getting there. I want to serve as an example for them.”

Coming to Carolina may be the latest step in moving his family forward, but he has already spent most of his adult life using the lessons he learned from his mother to make a positive impact.

Escobar was 5 when his mother moved him and his two older sisters from El Salvador to Brooklyn, New York, in 1988. He and his mother lived in New York City until the terrorist attacks of Sept. 11, 2001, and then the two decided to join his sisters in Gainesville, Georgia, later that year.

With very few employment opportunities in his new town, Escobar — 18 at the time — began searching for a way out.

“I just couldn’t find myself there, and I was still angry inside for what happened in New York because New York was everything I’d ever known,” he said. “That caused me to enlist.”

The Marines weren’t his initial plan. He originally intended to enlist in the Army until the recruiter missed several appointments and he met Gunnery Sgt. Donald Milojevich, a Marine Corps recruiter who motivated and helped guide him to the Marines by telling Escobar it was the most disciplined and physically demanding of all the military branches.

“It piqued my interest because that’s what I really wanted. I wanted structure. I wanted discipline,” he said. “I wanted something worth getting up for every day, to do something that wasn’t your normal nine to five.”

By March 2002, after a few months of tutelage from the Milojevich, Escobar was at boot camp and shortly after attended Marines Scout Sniper School, where of the class of 24 Marines, he was one of just seven who graduated on their first attempt.

His new career got him out of Gainesville and provided him with a chance to serve his country.

Over the next 20 years, Escobar completed four combat tours to Afghanistan and Iraq, served as a sniper team leader, a Marine scout sniper instructor, a Marine recruiter in Hickory, North Carolina, a scout sniper platoon sergeant and completed a maritime patrol in the Pacific with the 31st Marine Expeditionary Unit. He also served as an urban leaders course chief and worked as a training chief and camp commandant at the School of Infantry East Marine Training Battalion.

“The purpose was to give back to this country that’s given me so much as an immigrant child,” he said. “I may not have been born here, but I’m going to protect everything that it has given me so that it continues to give it to others. To me, this is the land of opportunity. You just have to apply yourself.” 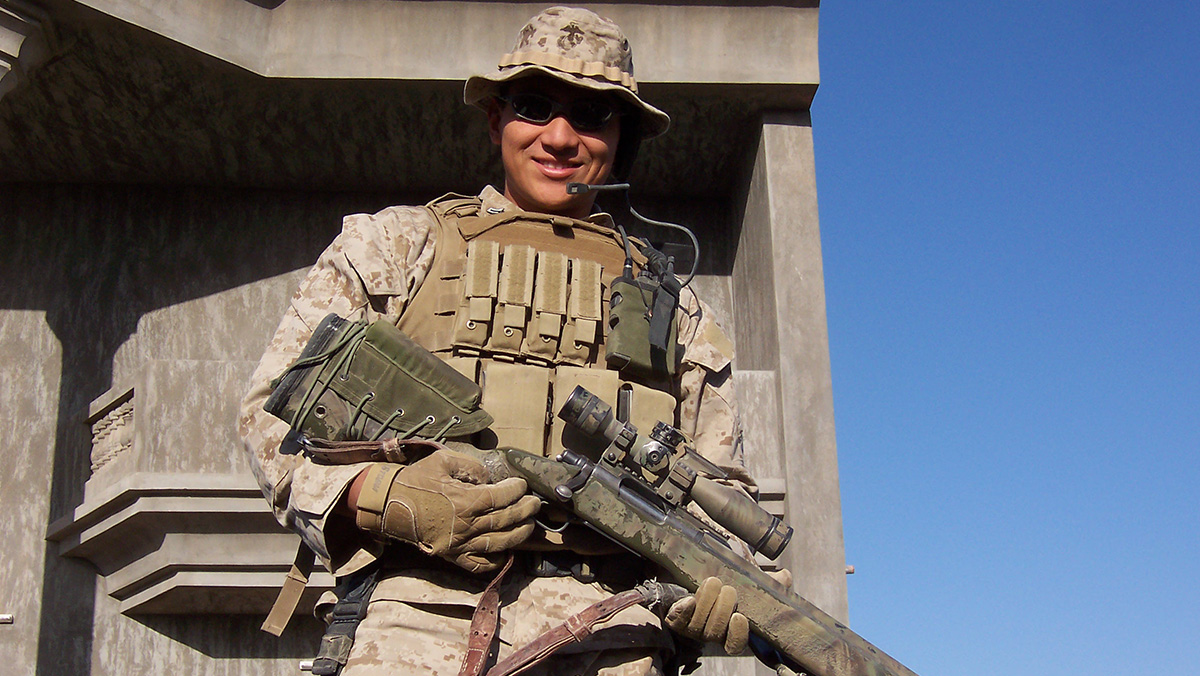 During his 20 years in the Marines, Escobar served four combat tours to Afghanistan and Iraq as a Marine scout sniper. (Photo courtesy Roberto Escobar)

During his final assignment at Camp Lejeune in Jacksonville, North Carolina, Escobar began to plan for what would come after the Marines and enrolled at Coastal Carolina Community College, where he completed his associate’s degree while finishing up his enlistment.

“My career was coming to an end, and I really wanted to find out what I was passionate about,” Escobar said. “I definitely know that education is something I was very passionate about.”

In May, just a few months after retiring from the Marine Corps as a staff sergeant, Escobar walked at his community college’s graduation with his mother in the crowd. It was a big moment for his family — particularly for the woman who set the course in motion in 1988.

“I wanted to show her that her sacrifice to come here wasn’t all for nothing,” said Escobar, who helped his mother retire at 64 around the same time by buying her a house in Gainesville, allowing her to enjoy her senior years.

When it came to figuring out what would come next after his associate’s degree, Carolina was high on the list of next stops. Though Escobar was accepted to several other top-tier universities, a tour of campus with his mother sold him on the decision to attend UNC-Chapel Hill this fall to study psychology in the College of Arts and Sciences as preparation for attending medical school.

Even though the tour was the final selling point, it was also a reminder of an upcoming reality: Escobar will be significantly older than most of the new students arriving on campus this week. He says he plans on leaning into that and hopes to provide a new perspective.

For the new Tar Heel, it is also an opportunity to be a positive role model for more people.

“I’m really looking forward to being able to sit around and have good conversations with students, build good relationships,” he said. “Hopefully, I can give and guide the younger students into letting them know, ‘Hey, you put in a little bit of hard work now, and it’ll pay dividends in the future.'”