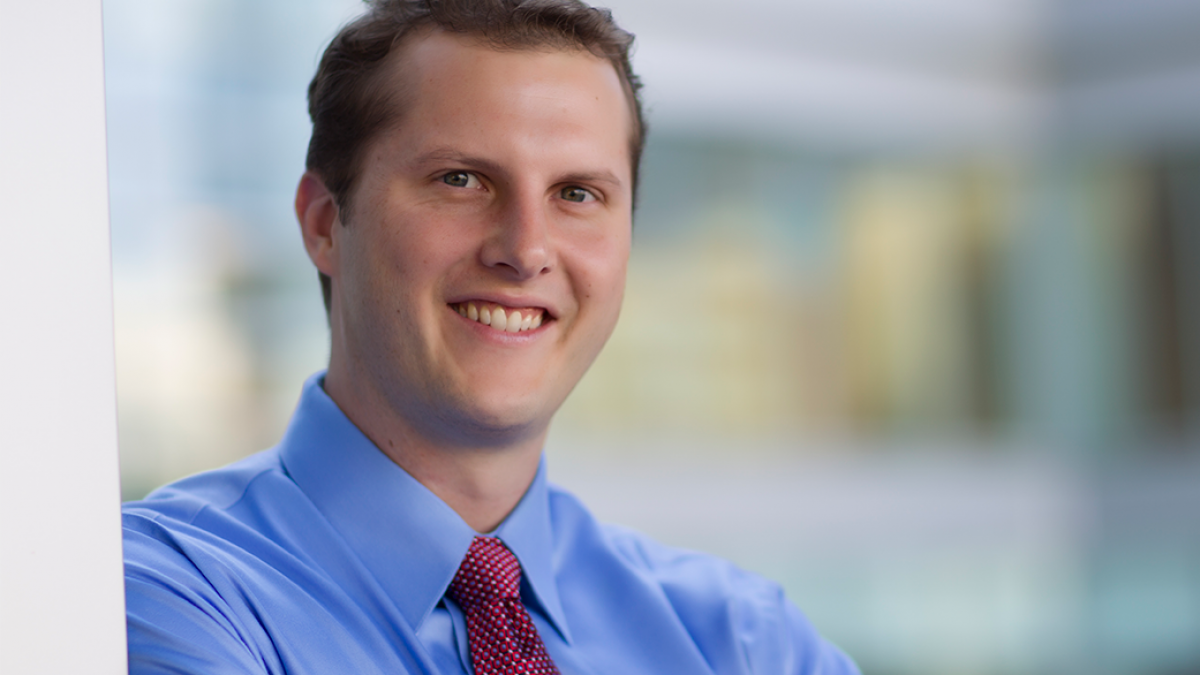 Chad Pecot never wanted to be a doctor.

“I tried to donate blood once, and I passed out as soon as they pricked my finger,” he said. “I was not one of those kids who said, ‘I’m going to grow up to be a doctor.’”

Then he got sick.

At the time, Pecot was a 20-year-old college student pursuing a degree in biomedical engineering. But he was also, in his words, “that cliché, cavalier college kid.”

So when he was diagnosed with testicular cancer in the middle of his sophomore year, it didn’t sink in right away. He didn’t tell his parents. He asked to postpone surgery because he had a date that night he didn’t want to miss.

It wasn’t until he found out the cancer had spread to his lymph nodes that he understood the battle he was facing.

“I didn’t know anything about cancer until then,” he said. “I thought you could just cut it out. When I found out it had spread, that was the moment that really rocked me. It made me think, ‘OK, wow, I might actually die from this.’ That cockiness went away pretty quick.”

Pecot’s cancer was treatable, and he made a full recovery, but the question of how cancer spreads still occupied his mind. It was a question that launched a new career path as an oncologist and cancer researcher.

“Had I not gotten cancer, there’s a very good chance I would have gone on to the engineering field, but research is really an opportunity to help people I’ll never meet, and I think that’s pretty powerful,” he said.

Now at Carolina’s Lineberger Comprehensive Cancer Center and an assistant professor in the School of Medicine, Pecot specializes in studying the spread of lung cancer, which claims more lives worldwide than any other cancer.

“I’ve tried to figure out over the years, why in the world did I choose this?” Pecot said. “I guess I gravitate toward the most severe of enemies. Like during Shark Week, I’m only interested in the great white sharks. When it comes to cancer, lung cancer is the obvious great white of what we do. And I wanted to go after the really bad beast.”

Pecot hopes the lung cancer discoveries he makes will help doctors treat other kinds of cancer as well. Despite long days in the lab and often disappointing results, he feels a drive to continue asking why. And recently, he got an answer.

Last month, Pecot and his team made a breakthrough discovery on why a particular type of lung cancer spreads.

Oncologists know that cancer cells can send messages to immune cells, asking those immune cells to move to the tumor. But Pecot and his team discovered a new property of a particular type of immune cell. When that cell travels to the tumor, it releases a protein called Factor 13, and that protein creates a web — a kind of scaffolding for the tumor to grab on to.

The team is still exploring the implications of this finding, looking for new drugs to block Factor 13 and identifying other cancers that behave the same way. In the meantime, Pecot continues to be inspired by his patients, who show him glimpses of a world where lung cancer no longer claims lives.

“I’m treating a 100-year-old patient right now, and my expectation is that she’ll die of something other than lung cancer,” he said, holding a photo of himself sitting next to his patient, grinning. “She’s doing so well. So in terms of seeing a world where we can control lung cancer, we are already starting to see that. We’re going to get there. It’s not a matter of if, it’s when.”