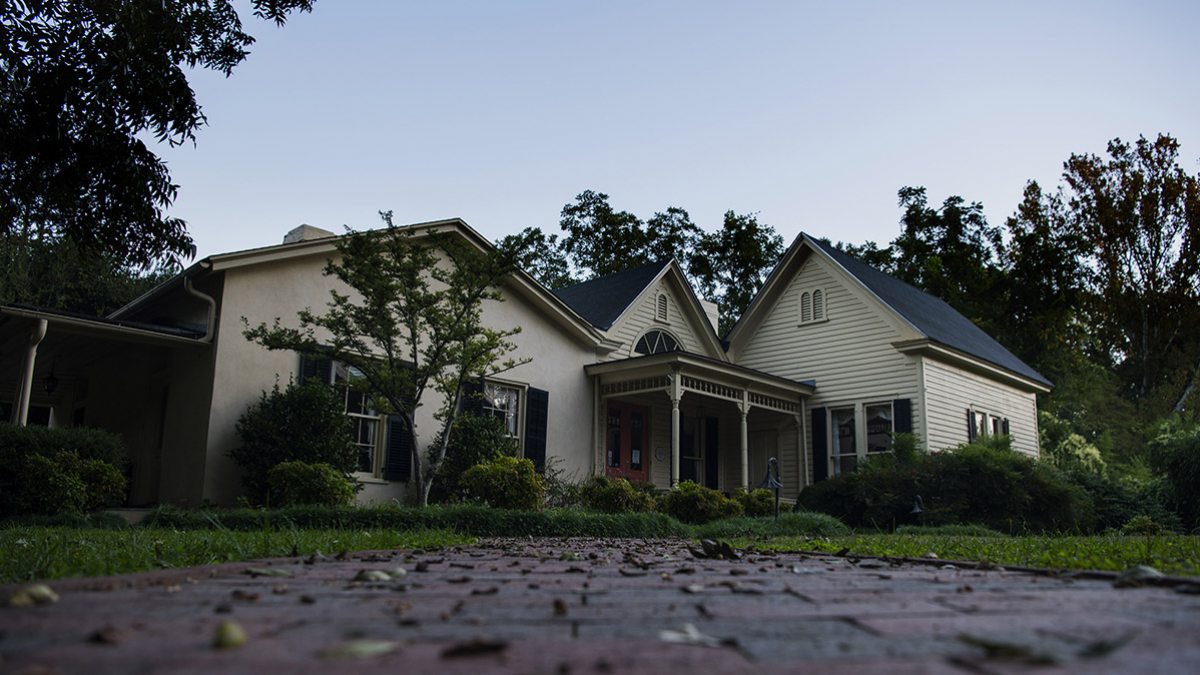 With 226 years’ worth of history, Carolina and Chapel Hill’s older buildings hold many secrets, and spirits, within their walls. One particular home, the Horace Williams House, boasts a famous and long-residing Carolina alumnus. A number of families have occupied the home, located at 610 East Rosemary Street, since its initial construction in the 1840s before its most famous owner, Horace Williams, bought the property in 1897.

As reported by the UNC Graduate School, Williams was the founder and chair of the University’s philosophy department and the first person to be awarded a Master of Arts at Carolina. Along for his academic accomplishments, Williams had a reputation for being quite the character. One story recalls that Williams refused to connect his home with the town’s sewer system, which was put in place in 1913 by Chapel Hill Mayor L.P. McClendon. In response, McClendon arrested Williams, the house was hooked up to the sewer system, and the two never spoke again. Williams willed the house to the University upon his death in 1940 with the condition that no significant alterations be made. Seemingly, Williams stuck around to make sure this promise was kept.

As Williams was such a particular man during life, it makes sense he was so colorful in the afterlife. Legend has it that Williams still inhabits his beloved home and rearranges objects to his liking. According to author Terrance Zepke, one former occupant of the house, Catherine Berryhill Williams, lived in the house for four years as a child. She recalled many strange incidents, such as finding fire utensils out of place with no one having moved them. Catherine also shared that her sister spoke with Williams’ ghost multiple times. Others claim to have encountered Williams as well. One caretaker recalled seeing an empty rocking chair move so forcefully that it could not be attributed to wind or fans.

Today, the Horace Williams House is home to Preservation Chapel Hill. It’s unclear if Williams’ spirit continues to haunt the property. But next time you take a stroll through Chapel Hill’s historic neighborhoods, you may want to walk by Williams’ old residence and see if you see anything strange afoot.