After spending most of their time on computers for the past year, Andrew Buchanan and Owen Ryerson knew that they wanted to get away and unplug this summer.

“No phone. No computer. No iPad. Just me, a topo[graphic] map, some climbing gear and a friend,” says Buchanan, a junior studying geology, computer science and peace, war and defense.

A professor then mentioned unanswered questions on how certain mountains formed in an isolated part of northern Alaska. Past research had produced confusing and conflicting data on why these mountains within the Brooks Range continued growing around 5 million years ago when the rest of the range is significantly older.

“He pointed to this speck on a map of Alaska called the Arrigetch and said, ‘There’s a weird problem here,’” Buchanan says. “There are these huge 3,000-foot, incredible granite peaks that look like Yosemite on steroids. They’re the most rugged, jagged peaks.”

The two Tar Heels immediately knew where they’d be heading for the summer.

This July, Buchanan and Ryerson made the arduous trek to the Arrigetch Peaks and collected rock samples for an independent research project that aims to answer big questions about the mountains.

Because of the remote nature of the peaks, there’s little research on the area. But geologists have wondered why and how these granite peaks were formed in a mountain range mostly made up of loose, crumbling rocks.

Buchanan and Ryerson — along with their faculty advisors in the College of Arts & Sciences’ geology department — theorize that 5 million years ago, new glaciers bulldozed sediment from the surface, allowing the Arrigetch Peaks to rise. 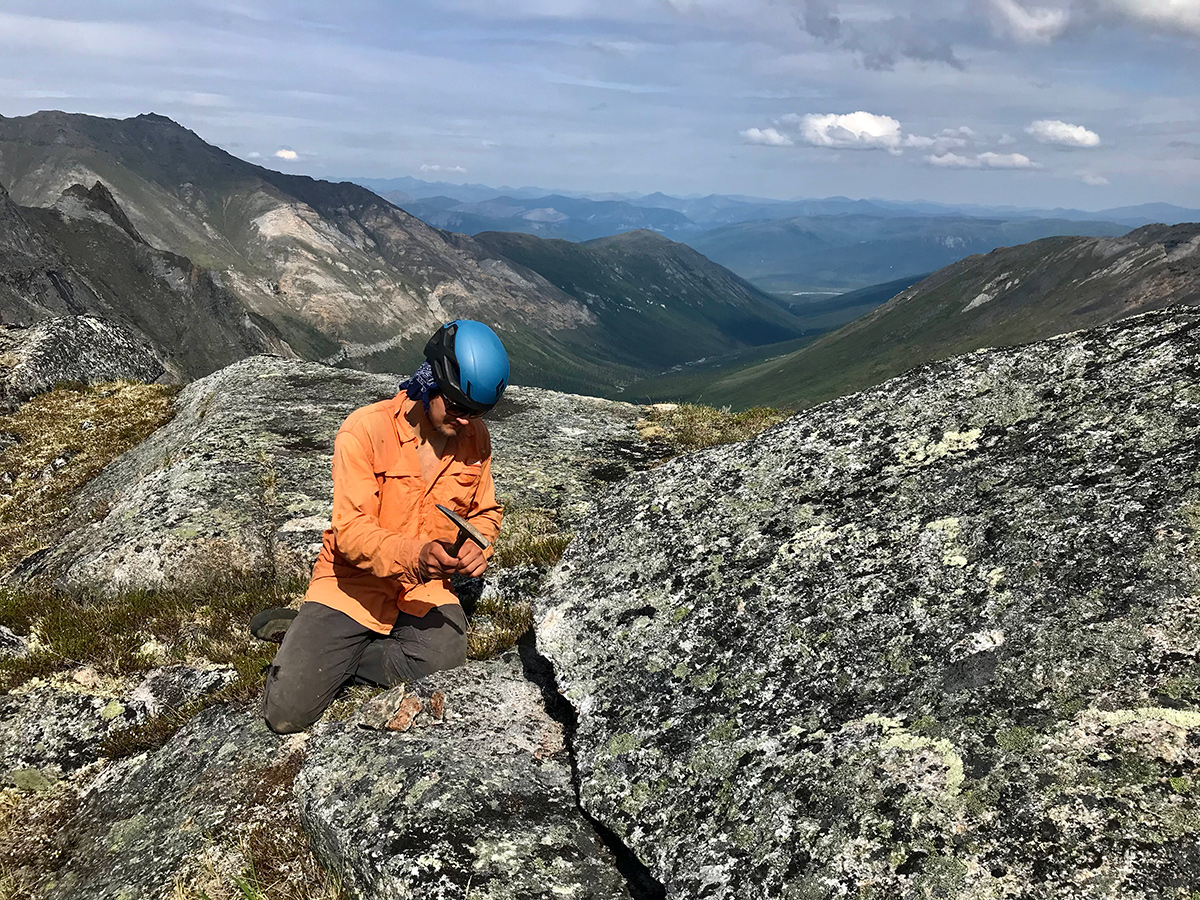 Understanding how these young mountains grew out of an older mountain range can help geologists learn more about the Brooks Range and how mountains, in general, are formed.

With the support of four grants, Buchanan and Ryerson planned to collect samples from various elevations of specific areas. The samples — and the minerals, particularly apatite, found inside of them — could provide a timeline of events in the mountain formation. The tiny apatite crystals serve as a geologic clock, tracking the moment that part of the mountain emerged.

“We’re able to use this technique called thermochronology, which tells you how long ago the sample cooled to a certain temperature and passed through the surface of the Earth,” Ryerson says. “Those samples are what catch the cooling data.”

But first, they needed to get the samples.

Preparing for the trek 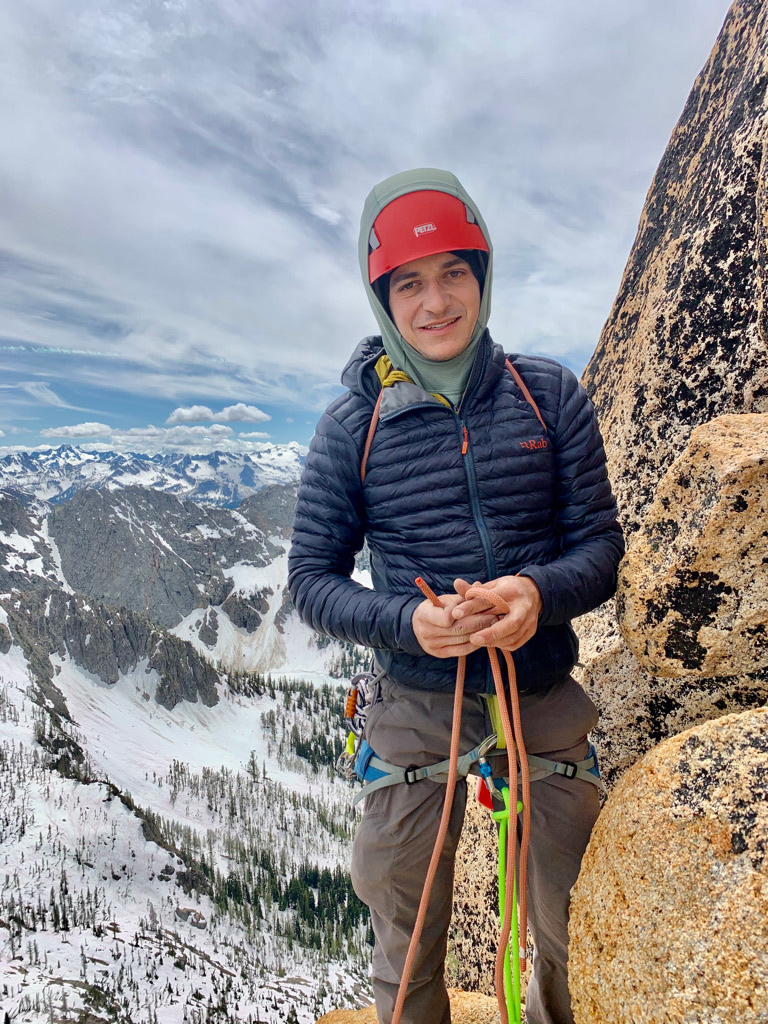 Andrew Buchanan trained in rock climbing in the Cascades in Washington to prepare for the trek.

The hike to the Arrigetch Peaks is at least four days of intense, uphill bushwhacking with 100-pound backpacks. And that’s after a 90-minute floatplane flight from Coldfoot, Alaska, that drops you more than 100 miles from the nearest road.

This part of the journey piqued Buchanan’s interest the most.

“I like the challenge of accessing remote landscapes,” says Buchanan, a Morehead-Cain scholar and the principal investigator on the project. “There’s something about the hurdles to get to somewhere far away that makes it, once you get there, very rewarding.”

Both Buchanan and Ryerson are seasoned outdoorsmen. This trip, however, was beyond anything they had done before, and the roommates spent months preparing for their journey.

In addition to researching the geology, their preparation included ensuring that they had the correct training to survive rock climbing in the Alaskan backcountry. Both students trained in rock climbing, and Buchanan took an advanced alpine climbing course in the Cascades of Washington. He also completed a 120-hour wilderness first responder course to be prepared for almost anything.

And they were prepared for almost anything, but the landscape and the challenges it presented were beyond what they had imagined from Chapel Hill.

“This knocked both of our socks off. By Hour 2, we thought, ‘What the heck are we doing?’” Buchanan recalls. “Alaskan bushwhacking should be a sport. It’s brutal. We were humbled very quickly.”

Tired and hungry from misjudged and extended food rationing, the team of two arrived in the Arrigetch Peaks four days after being dropped off and began their sample collecting — another task that didn’t quite go according to plan. 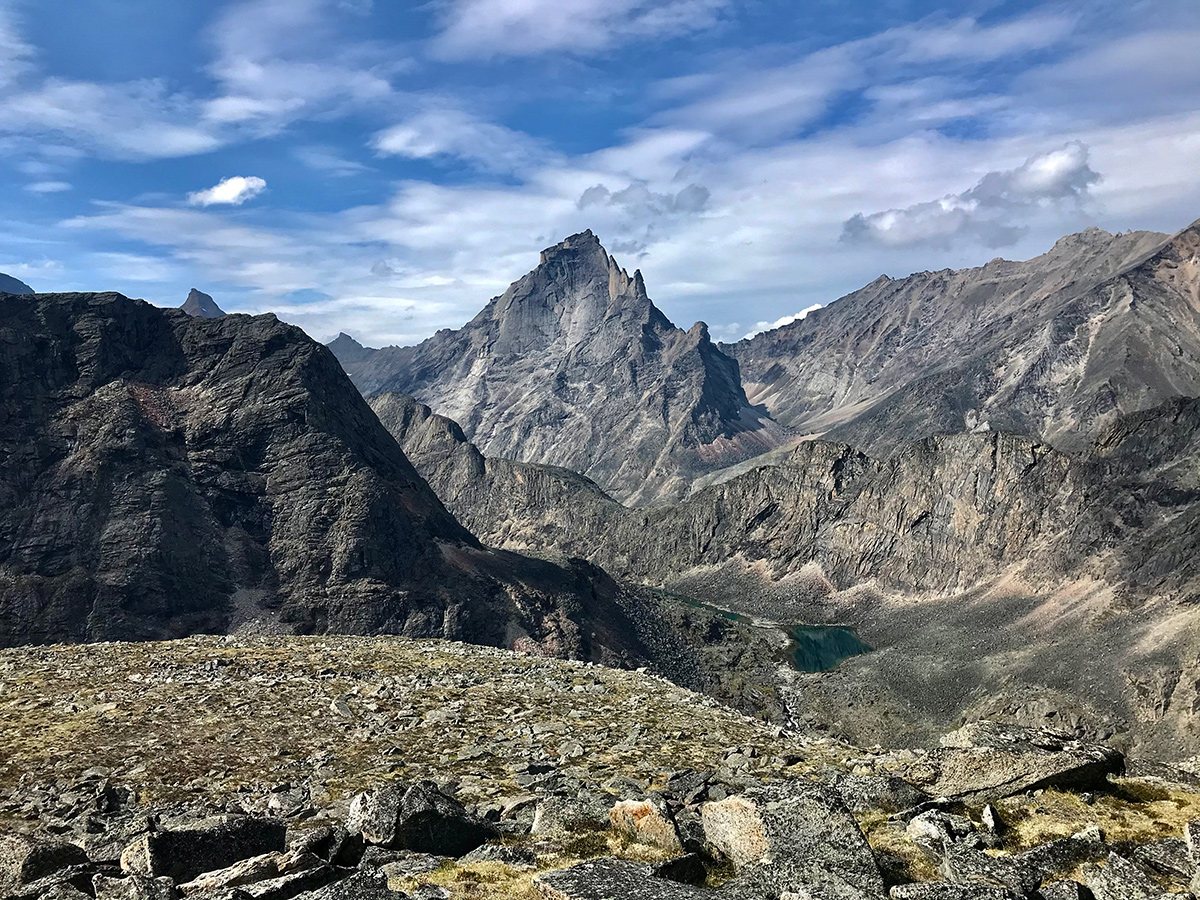 “We were both totally in awe of everything we saw,” Ryerson says. “It’s a landscape unlike anything I had ever seen before. The scale is really hard to imagine. Once we were in the field site, collecting the samples safely was a huge challenge.”

The two spent hours each night in their tent looking at maps to find safe routes to get their samples, ultimately changing their climbing spot.

“The fieldwork itself was great. It was climbing with rock hammers, smashing out rocks of granite from different parts of the bedrock, snapping photos and documenting it. Then climbing more,” Buchanan says.

After five days at the field site, Buchanan and Ryerson packed up and headed back through the bush — with the additional 20 pounds of rocks in their bags, fast-running creeks and a grizzly bear slowing their trip. Ready to get out of the Arrigetch, the two then spent several more days hiking in more forgiving Alaskan landscapes before coming home and beginning the next phase of their research.

Looking back on the experience, Buchanan says the trip was “magnitudes greater in both the bad and the good.” But both Tar Heels say they couldn’t have picked a better way to spend the summer.

“I can’t imagine anything else I would rather have done,” Ryerson said. “It makes me want to do more geology fieldwork to understand these incredible processes that we’re able to see firsthand, and then the joy of being in the backcountry for that long is really unparalleled.”