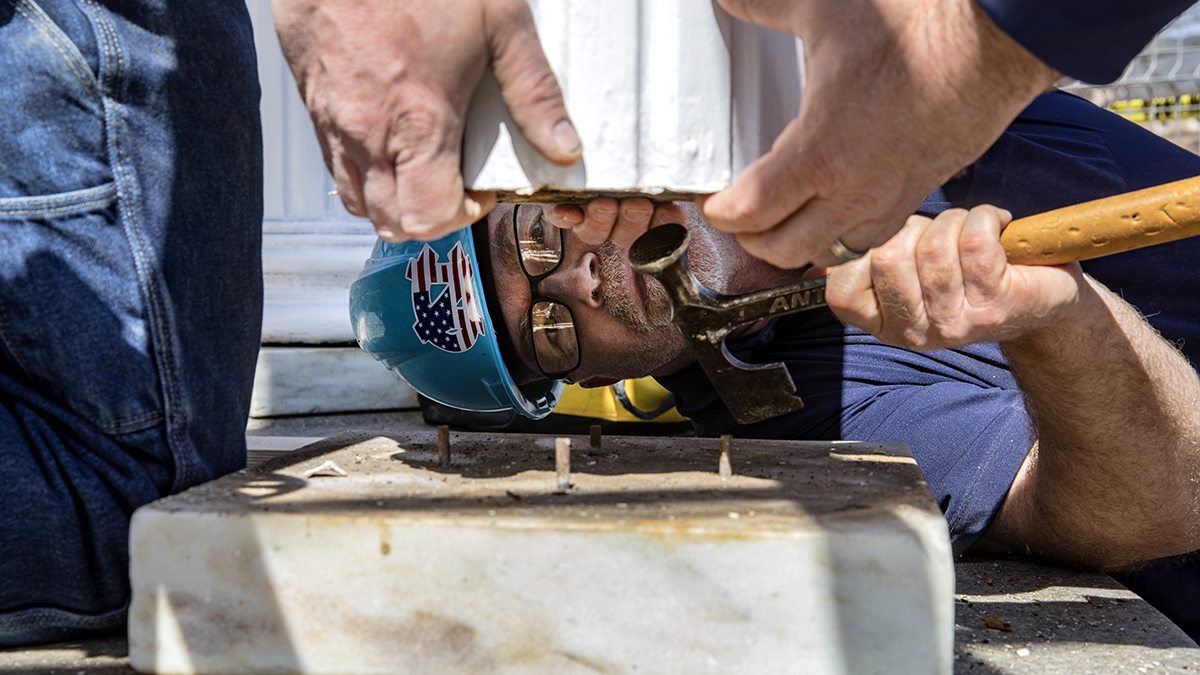 When Carolina first opened, the University’s well served as the primary source of drinking and bathing water for the students, faculty and staff.

Since then, it has gone through a few redesigns, starting with a wooden shelter based on the Temple of Love at Versailles to cover the well in 1897. The current well — what we now call the Old Well — was constructed in 1954 using wooden columns, a marble base and copper roof.

Over the last 65 years, the Old Well has become an icon for Carolina.

Staff from UNC Facilities Services have been making much-needed repairs to the structure over the past several weeks so that the legendary landmark can be around for another half-century — ensuring future generations of Tar Heels can get their sip from the well on the first day of class. 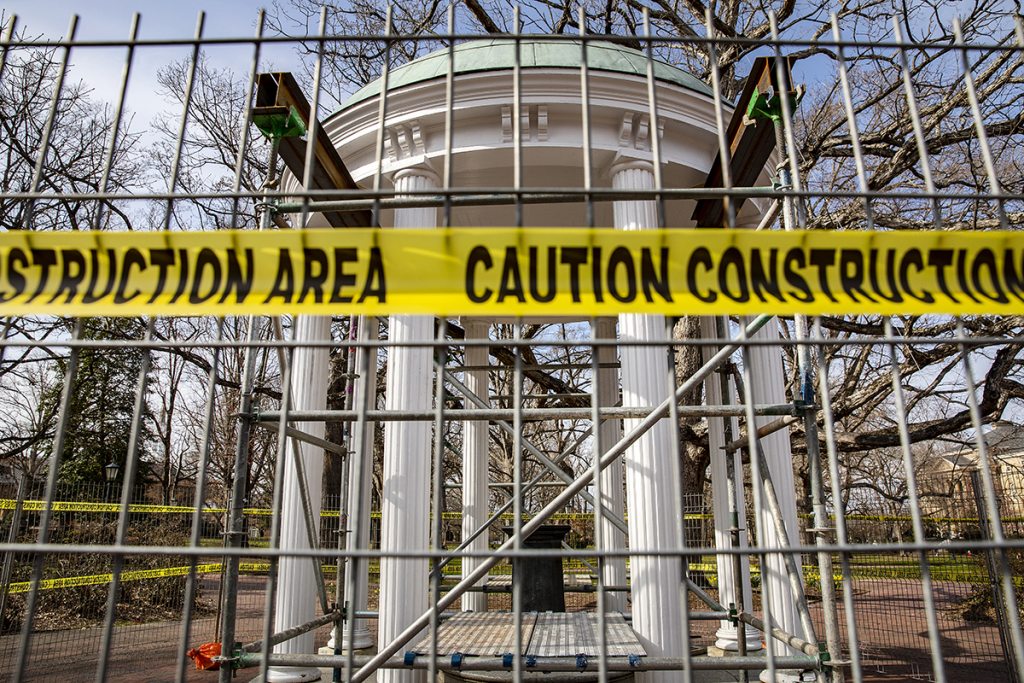 Beginning in early March, the Old Well was surrounded by scaffolding to relieve pressure on the wooden bases of the columns. UNC Facilities Services workers are creating new bases for all of the columns. 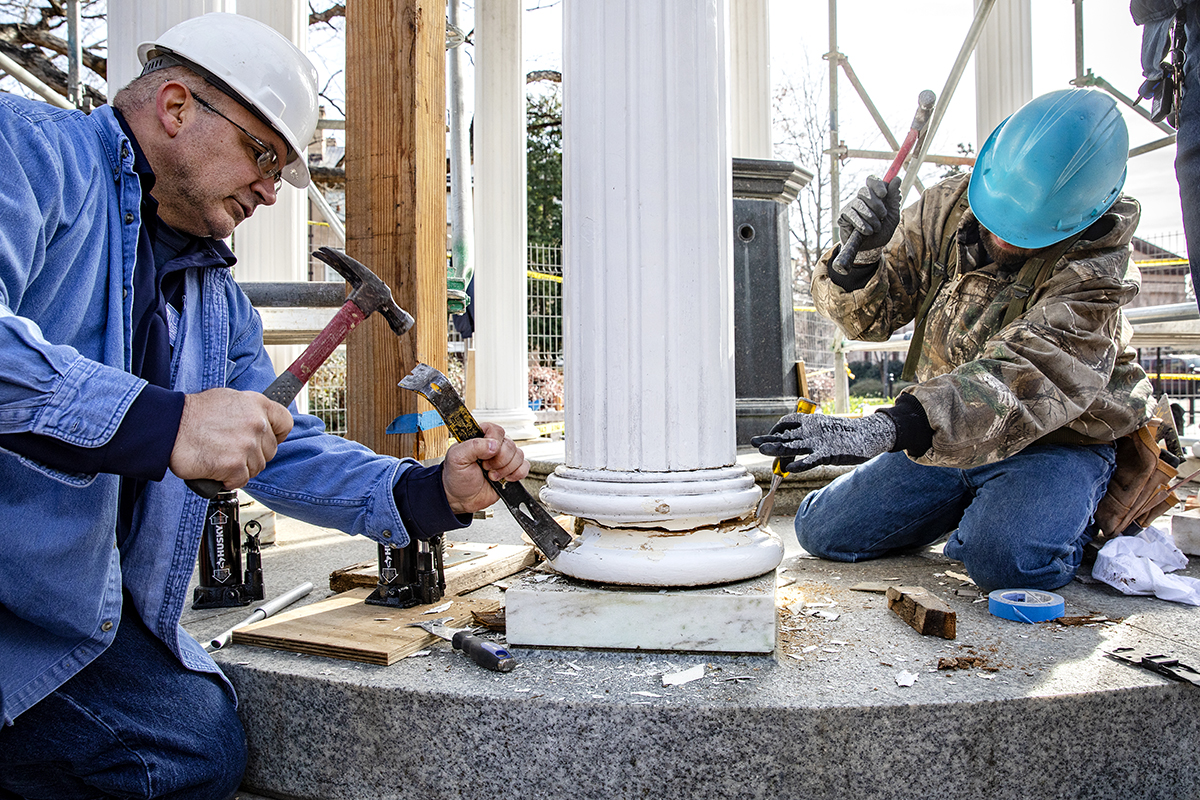 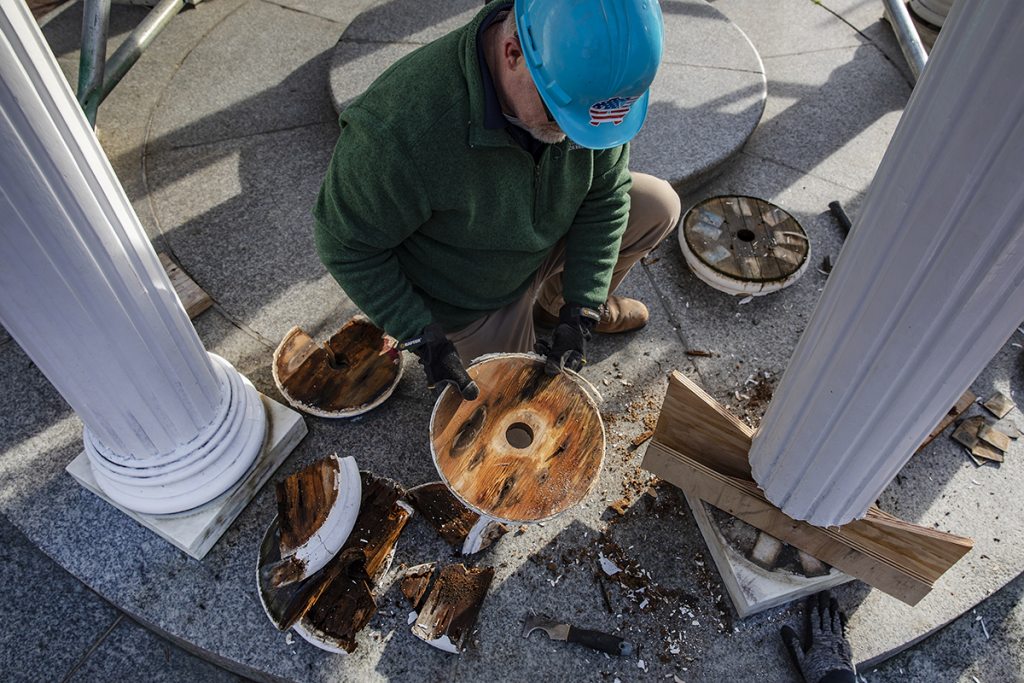 Because the wooden columns were exposed to the elements for decades, the bases showed signs of water damage. 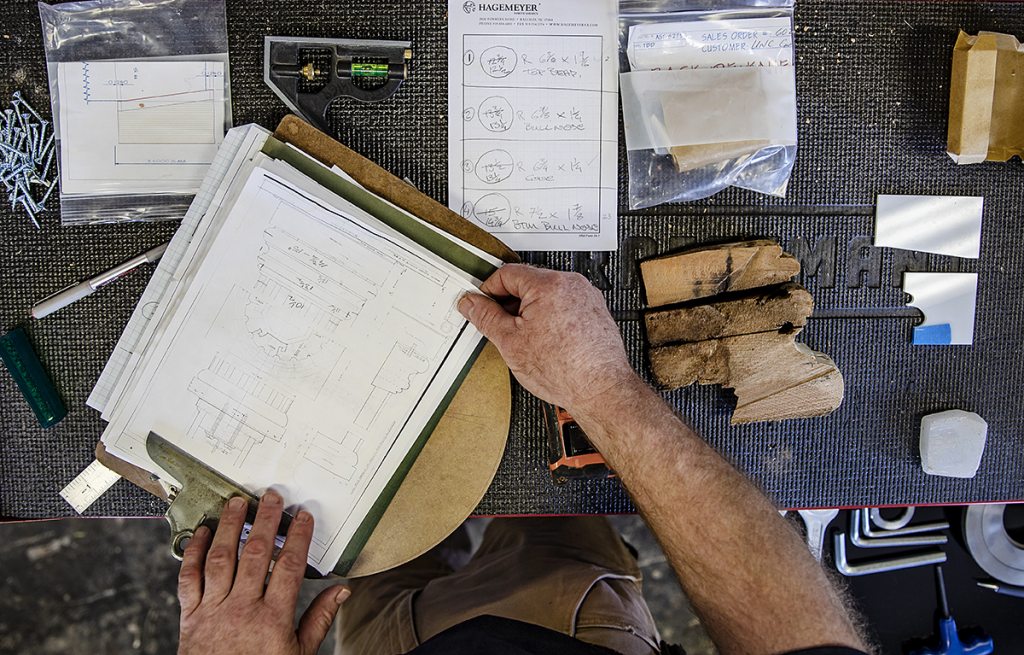 To ensure the new column bases were exact replicas of the originals, carpenters consulted blueprints of the designs. On the right side of the photo, a steel profile knife can be seen, which was used to mimic the pre-existing molding style of the Old Well bases. 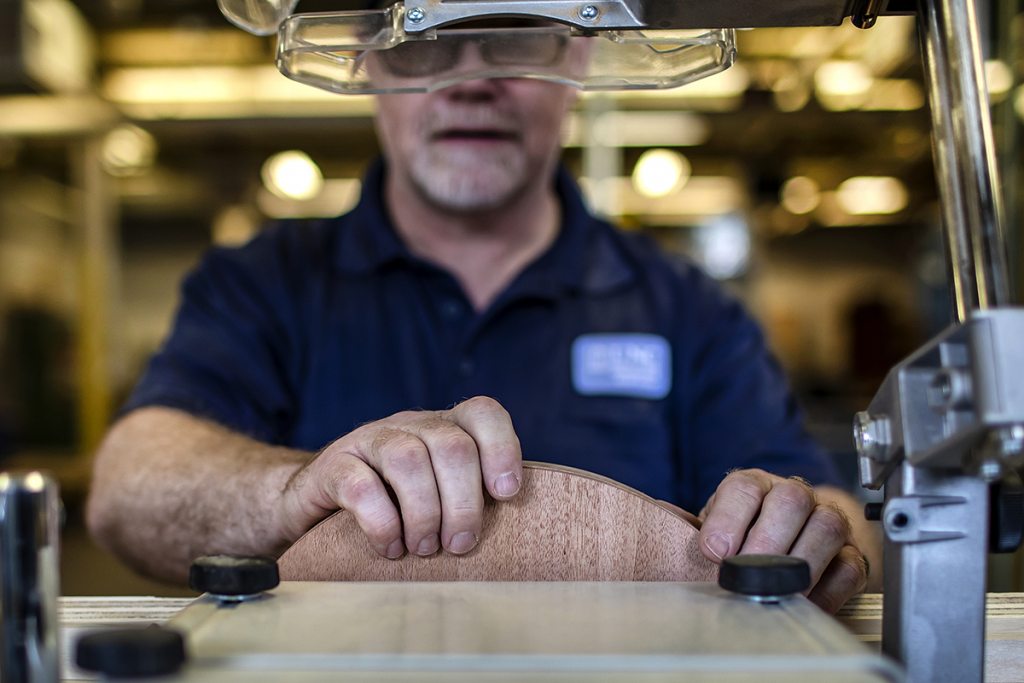 Alan Moran of UNC Facilities Services shapes the new wooden base. The old bases were made of different types of wood including white pine, redwood and Douglas fir. The new wood bases are all made of South African mahogany wood. 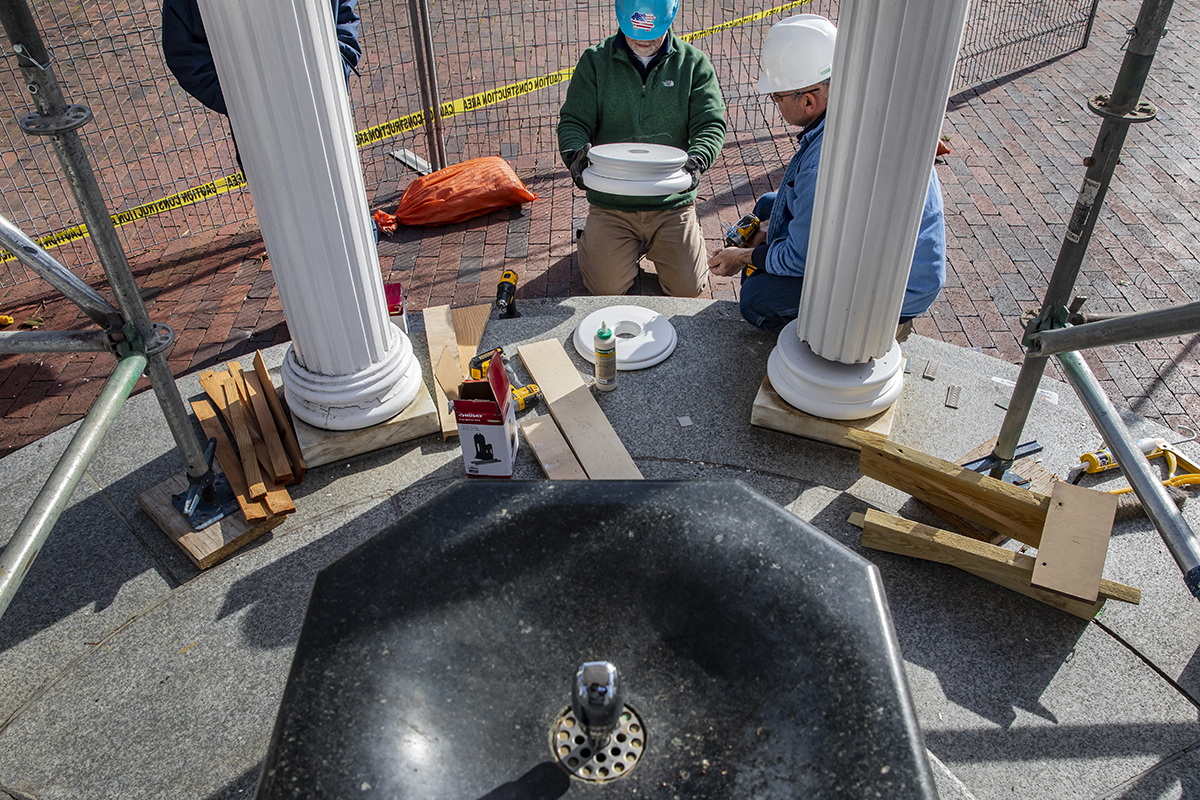 Construction on the Old Well is expected to be finished in the coming days.