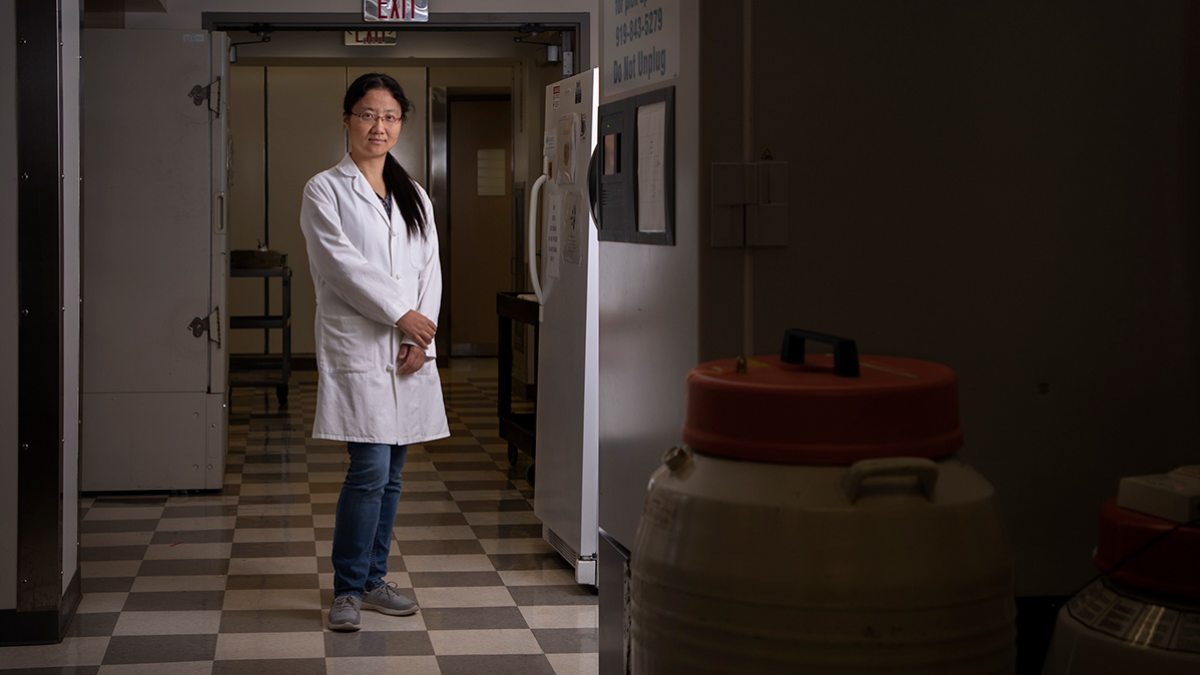 Li Qian is used to surprising people. When her revolutionary research on cardiac reprogramming first hit the science community, it was difficult for her to convince others of her findings.

“I still remember back before our first Nature paper, I talked about the study at international meetings and faced a lot of doubt — questions, concerns, and probably some suspicion. It was pretty tough. People’s attitude was, How could that be possible? This is too good to be true.”

No one doubts her now. The Qian Lab at the McAllister Heart Institute is changing the fate of damaged heart cells, transforming them from “non-beating” scar tissue cells into “beating” muscle cells. Qian’s interest in the heart can be traced back to the research of her Ph.D. mentor, Rolf Bodmer.

When Bodmer, a University of Michigan neurobiologist, identified a critical gene required for heart development, he named it “Tinman,” after L. Frank Baum’s heartless character in “The Wizard of Oz.” When this gene is removed in fruit flies, they can’t develop a heart at all.

Reading about Bodmer’s tinman during her undergraduate studies in Shanghai, China, kickstarted Qian’s interest in developmental biology. While applying to graduate school, the University of Michigan was one of her top choices. When she was accepted and invited to join Bodmer’s lab, it was a dream come true, she said.

Now a researcher at Carolina, Qian is building on Bodmer’s work and mentoring the next generation of heart researchers.

After a heart attack or cardiac injury, connective tissue cells called fibroblasts are activated to heal and repair wounds. The resulting scar tissue stiffens the heart and limits the organ’s ability to pump blood efficiently.

Qian’s lab recently published the success of a new method for altering the makeup of these damaged heart cells in humans. Using viruses as their messenger, they can send a cocktail of carefully selected DNA into a heart’s scar tissue, where they trigger the conversion of fibroblasts into healthy muscle cells.

This newest advancement is a result of years of lab work and decades of research. To find the right genes to activate inside of cells, Qian had to dig through 30 years of heart cell studies.

Ultimately, Qian identified the optimal ratio of three genes to do the job. In the lab, they’re programmed to make proteins, which need to be delivered to the damaged heart tissue. The courier of these protein-packed genes is a retrovirus, which replicates its DNA into other cells. In Qian’s petri dishes, the retrovirus inserts the genes into damaged cells. Within those cells, the programmed proteins get to work, and the fibroblasts get a serious makeover.

Qian began researching how to reprogram mouse fibroblasts 10 years ago as a postdoc. Her preliminary research was published in Nature in 2012 and ranked among the 2012 list of “Top 10 Advances in Heart Disease and Stroke Research,” compiled by the American Heart Association. That same year, she brought her research to Carolina. Now, she’s an associate professor in the Department of Pathology and Laboratory Medicine and the principal investigator in her own lab, where she began developing her toolkit for mending hearts.

Her newest research made big headlines in the science world, but she says the attention doesn’t intimidate her.

“To me, it’s very exciting. I never feel like it’s scary or stressful,” she said. “Science is always advancing, and we have to embrace the newest technology and knowledge. For researchers and labs, staying at the cutting edge gives us the opportunity to push the field forward faster and, hopefully, helps us to find the right therapy.”

For Qian, precision medicine is the future. She believes that therapy should be individually tailored for patients.