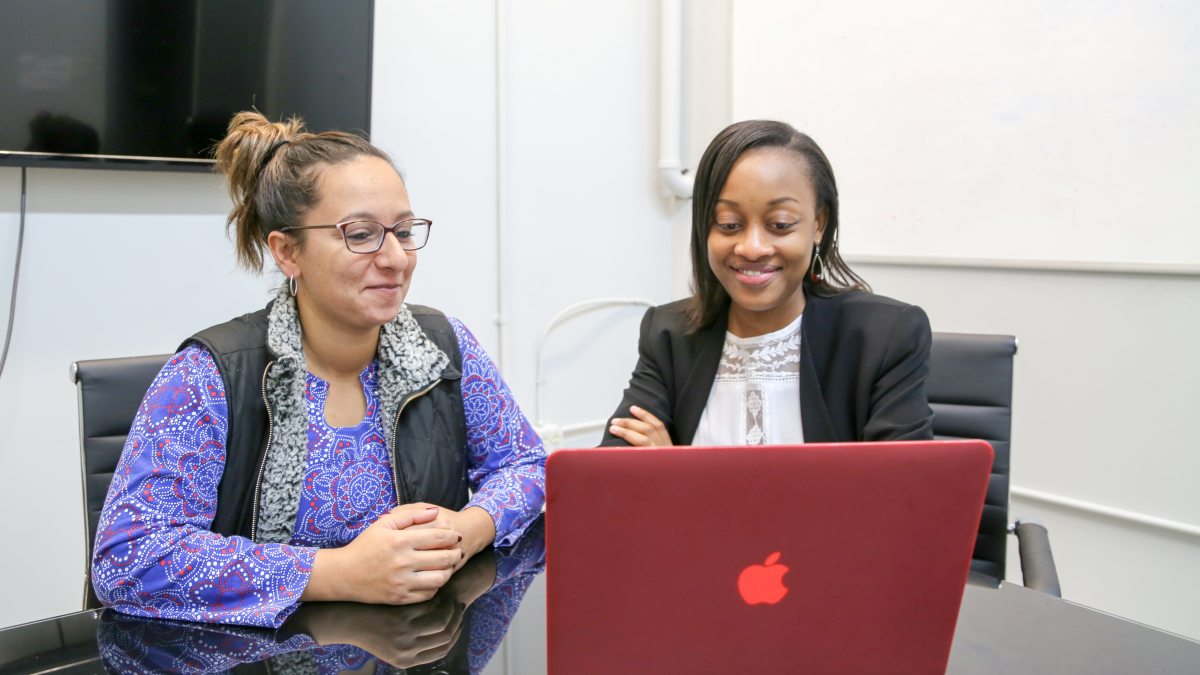 Preeclampsia, a pregnancy complication that can lead to organ failure, is the second leading cause of maternal mortality around the world — claiming the lives of 76,000 women and 300,000 babies every year.

A biotechnology company founded by students at UNC-Chapel Hill, Duke University and Makerere University in Uganda wanted to lower those numbers, Kalia Health, formerly called MoyoMedical, was one of many startup companies to participate in Launch Chapel Hill’s business accelerator program.

Most of the deaths related to preeclampsia, which can be treated, occur in developing countries where access to proper prenatal care often is a luxury and pregnant women may not notice the signs of preeclampsia until the complication becomes severe.

“In the average case in Uganda, a woman will go for one prenatal visit when she’s pregnant, and then doesn’t return until she’s experiencing very severe health complications or it’s time to give birth,” said Denali Dahl, a doctoral student in the Carolina-NC State Joint Department of Biomedical Engineering. “Whereas the average woman in the U.S. will attend regular prenatal care visits.”

“The technology exists and there are other rapid diagnostics being developed around preeclampsia, but most of them are looking at different biomarkers or they’re blood-based tests and they’re used for a clinical diagnosis,” said Dahl, a co-founder of Kalia Health. “As far as we know, this is the only home-based detection mechanism.”

The EPED concept was initially developed while Dahl attended Duke, where she studied global health. A class assignment challenged students to find solutions to the high rates of preeclampsia in low-income countries where many factors prevent patients from the prenatal care they need.

“A pregnant women probably lives very far away from the closest medical facility,” said Elizabeth Ndichu, a Kalia Health cofounder and medical doctor from Kenya who is also a global health graduate student at Duke. “She probably doesn’t have any money to pay for the health care because she doesn’t have health insurance. Or she goes to a health facility that is not well stocked or doesn’t have the necessary medications or equipment to manage her condition.”

Instead of dropping the idea after the class assignment, Dahl and her partners at Makerere University began to gather background clinical data to develop a product that could make a difference. For this, the team brought in Ndichu on board.

The team wanted to focus on bringing EPED to the market and into the hands of people who need it most. They determined that establishing a startup company was the best way to get off the ground.

“Going the entrepreneurship route is one of the quickest ways to translate technology from research to impact,” Dahl said. “Since that’s our goal, we saw the startup as a way to do that.”

With the startup mindset, Kalia Health began competing in innovation competitions and seeking funding. In January, the company was selected to join the ninth cohort of Launch Chapel Hill, a 22-week program designed to increase the growth potential of high-impact startups and early-stage ventures. Launch offers workspace, mentorship, resource partners and workshops to the selected companies.

With structure and stability within the Launch program, the team is focused on preparing a prototype of the EPED test. From there, Kalia Health plans to tap into existing health care supply chains to get the test to pregnant women in low-income countries to reduce maternal mortality.

“Our big dreams are that this will be worldwide, but in reality, we’d consider ourselves successful if we’re able to develop this technology and help even a couple of people,” Dahl said.