Carolina’s National Pan-Hellenic Council Legacy Plaza has been a long time coming for the founders of the first historically Black sororities and fraternities on campus.

“When I arrived on Chapel Hill’s campus in 1971, there were no Black Greek letter organizations,” says Deborah Wilder, a charter member of the omicron chapter of Delta Sigma Theta. “I’ve been a proud member of Delta Sigma Theta for 48 years, and this plaza is a way to say, ‘We were here, and we made the University better for it.’”

The new plaza celebrates the nine National Pan-Hellenic Council fraternities and sororities at Carolina on the 48th anniversary of their founding. The organizations’ commitment to civic engagement, leadership, academics and work to create a sense of belonging has positively impacted campus since 1973.

“By dedicating this plaza, we honor the legacies of Carolina’s historically Black fraternities and sororities,” said Amy Johnson, vice chancellor for student affairs. “Members and alumni of the National Pan-Hellenic Council have helped make Carolina what it is. We thank you and pay tribute to your work.”

The UNC NPHC Legacy Plaza is located on South Campus between SASB North and South and consists of nine columns representing each of the founding Black Greek organizations. The pillars are arranged in chronological order of when the organizations were chartered. An inner circle of pavers and an outer circle of bricks feature the names of donors who made the plaza possible.

“It is such a blessing that we can celebrate African American excellence because, as far as I’m concerned, that is what our Greek organizations reflect,” Board of Trustee Teresa Artis Neal said at the Oct. 28 ribbon-cutting ceremony. “When we think back to the history of the founding of all of our Greek organizations, they were founded by people who were tremendously courageous, who were leaders, who believed in excellence and, for me, they inspire us each day to continue the legacy that they began.”

The founders and those who participated in the fundraising efforts to build the plaza since 2017 hope it will be a space for reflection and remembrance.

“I’m a proud member of Delta Sigma Theta, and I’m glad that we now have a space on campus for myself and my fellow sisters to see and be proud of all that we’ve accomplished over almost 50 years,” Wilder says. “This is a place for NPHC organizations to unite in their efforts to promote their fraternities and sororities while educating students about our history.” 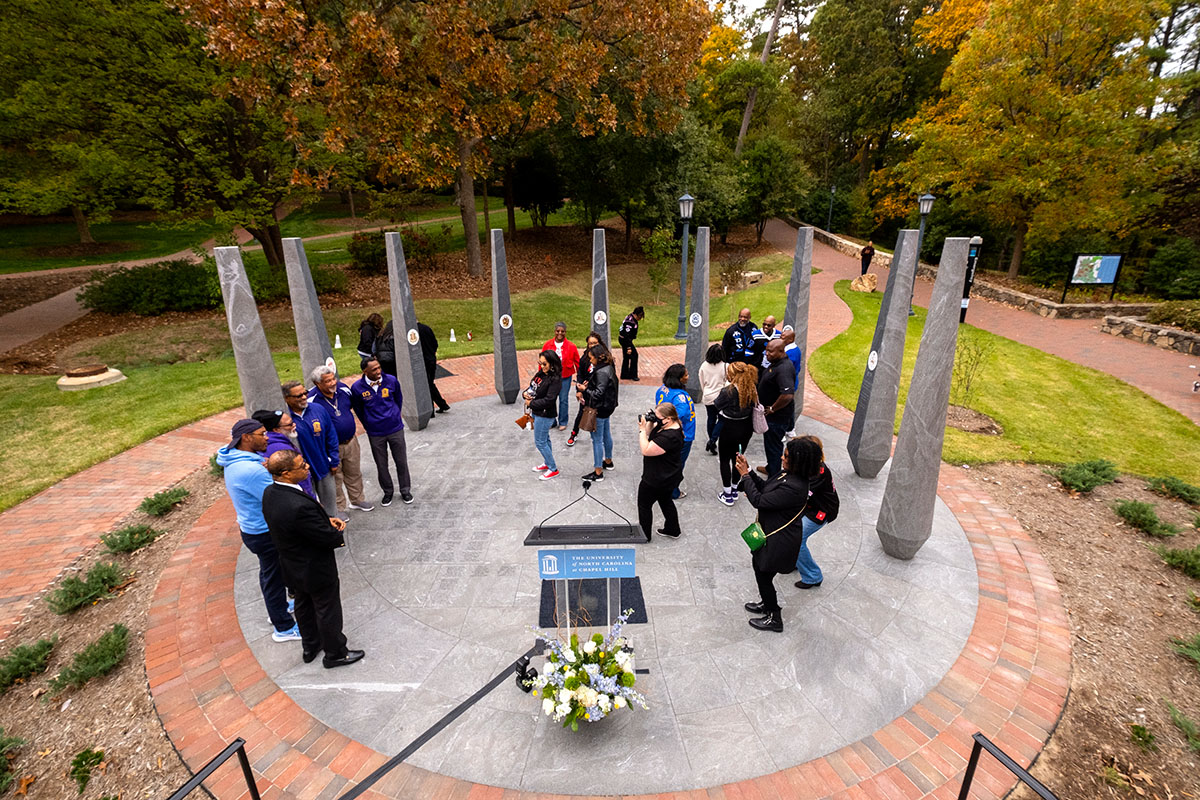 Alumni gather near the pillars representing their fraternities before the ribbon-cutting ceremony on Oct. 28. (Photo by Jon Gardiner/UNC-Chapel Hill)

The plaza also stands as a location for current NPHC members to ceremonially reveal each new class and gather for events on campus.

“The (NPHC) sororities on campus don’t necessarily have a home, a place where they can gather that is specially meant for them like their counterparts that have houses,” says Student Affairs Director of Development Zack Hawkins. “This gives them a home for them to share their culture, not only amongst themselves but with the entire campus. This is a safe space for them to have fun, enjoy each other’s company and get to know one another.”

The physical presence of a dedicated space for the sorority and fraternity members to honor their legacy and look to the future is key to raising awareness of the contributions of NPHC members over the last 48 years, says NPHC President and Carolina junior Jordyn Earl.

“I do believe that the plaza will raise a lot of questions and hopefully awareness. When I walked up and saw it for the first time, I was in tears,” Earl says. “It was an amazing experience to not only see my legacy, but the legacy of all of NPHC at UNC-Chapel Hill. It’s just a huge steppingstone for the entire Black community, to be able to see our legacy and take it all in as one.”

The plaza is now completed and open for visitors.

“It’s so exciting to all of us who have worked toward this day and wanted a place on campus to honor our history,” Wilder says. “This is a long time coming, and I hope everyone who wants to learn more comes to the dedication ceremony to see the plaza and all the names written there.” 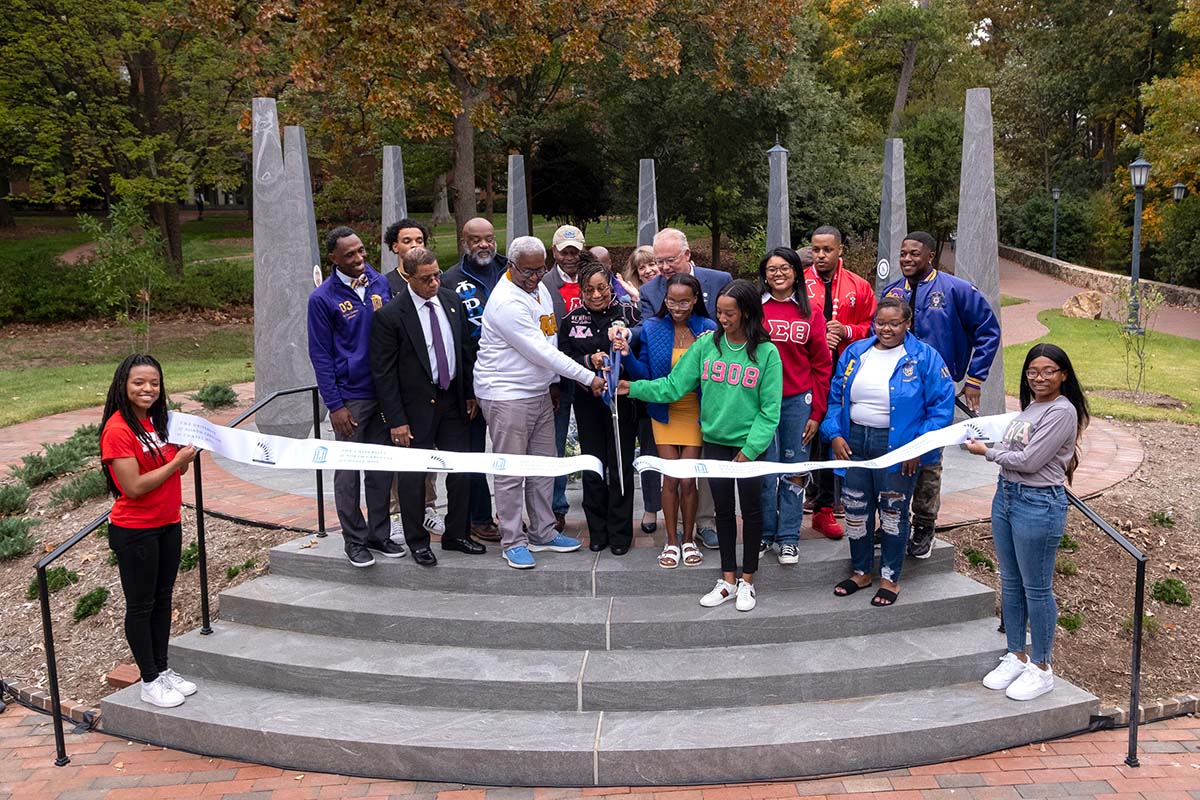