What comes to mind when you think of air pollution? Long lines of cars pumping out grisly, grey exhaust? Dark plumes of smoke from a manufacturing facility? What about the trees in your neighborhood park, or the pristine blue waters surrounding the Galápagos Islands?

Scientists have been developing air quality models to measure pollution since the 1970s. Most have focused on the human sources of air pollutants, which has led to an oversight of natural emissions from plants and, especially, trees.

Through normal biological processes, trees produce massive amounts of volatile organic compounds like isoprene, a highly reactive chemical that, up until recently, scientists believed had no contribution to the creation of aerosols that impact climate and public health. Now, scientists understand that on land, when isoprene interacts with acidic chemicals in the air, it does just that. The question is: Does the same thing happen in the air over marine environments?

Researchers from the UNC Center for Galápagos Studies strive to find the answer.

Searching below the surface

Phytoplankton are single-celled microalgae that collectively produce 50% of the oxygen we breathe. They also play an important role as the beginning of the ocean’s food chain, providing vital nutrients to larger animals like zooplankton, small fish, shrimp and tuna. 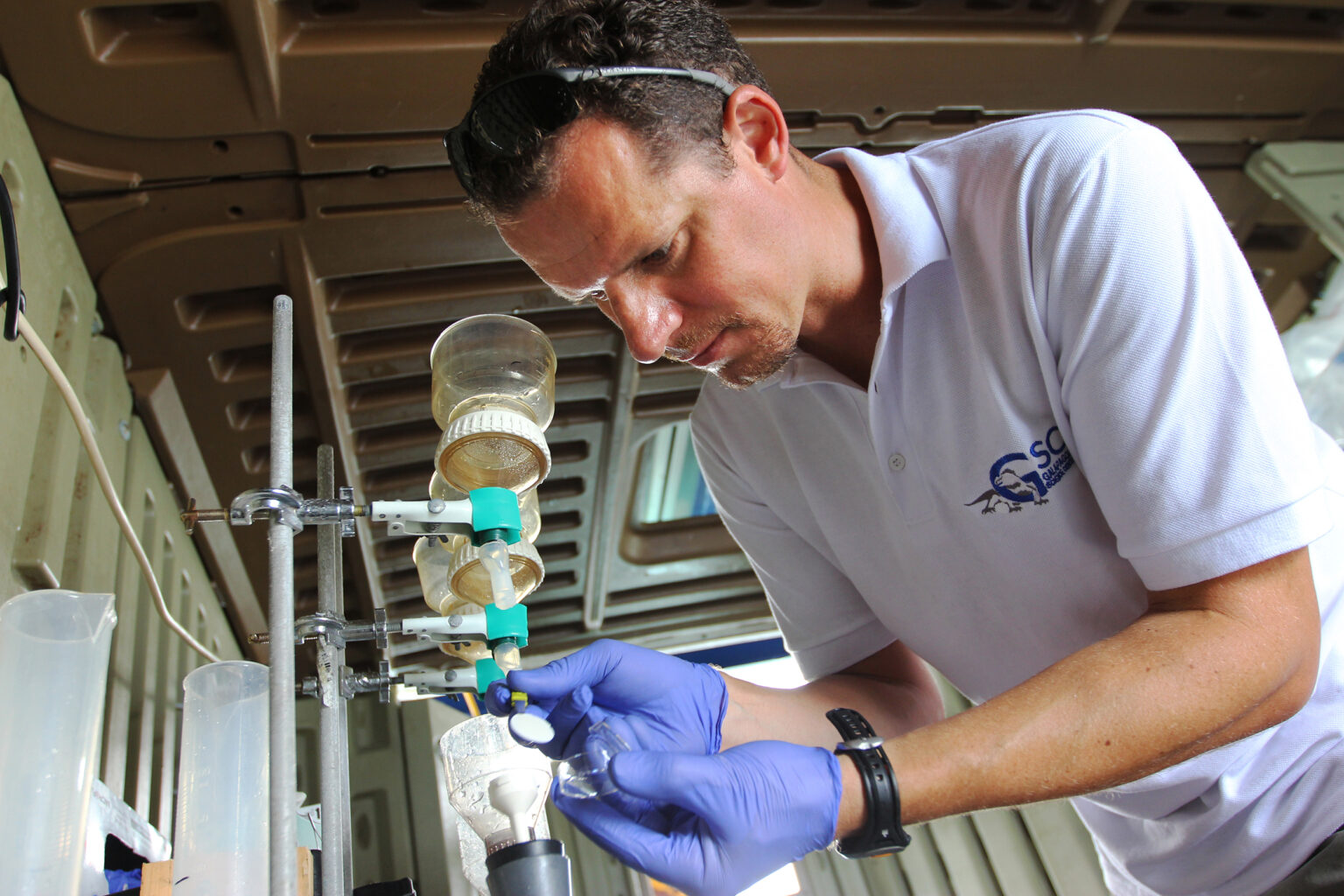 Adrian Marchetti is a marine scientist whose research involves hands-on data collection in the pristine natural laboratory that is the Galápagos Archipelago. There, he and his team measures various environmental factors, such as water temperature, salinity and nutrient levels, that influence the production of phytoplankton.

He believes the disconnect between most people and the ocean comes from an out-of-sight, out-of-mind mentality that is ultimately inhibiting our understanding of climate change, especially when it comes to global emissions.

One summer, while teaching study abroad courses at the Galápagos Science Center — a collaboration between Carolina and the Universidad San Francisco de Quito in San Cristobal — Marchetti met Will Vizuete, a Carolina atmospheric chemist interested in the environmental and health impacts of air pollutants. Vizuete realized that Marchetti’s phytoplankton research could help determine if the ocean is also a source of harmful aerosols that contribute to global warming. They just needed to add isoprene to their data collection. 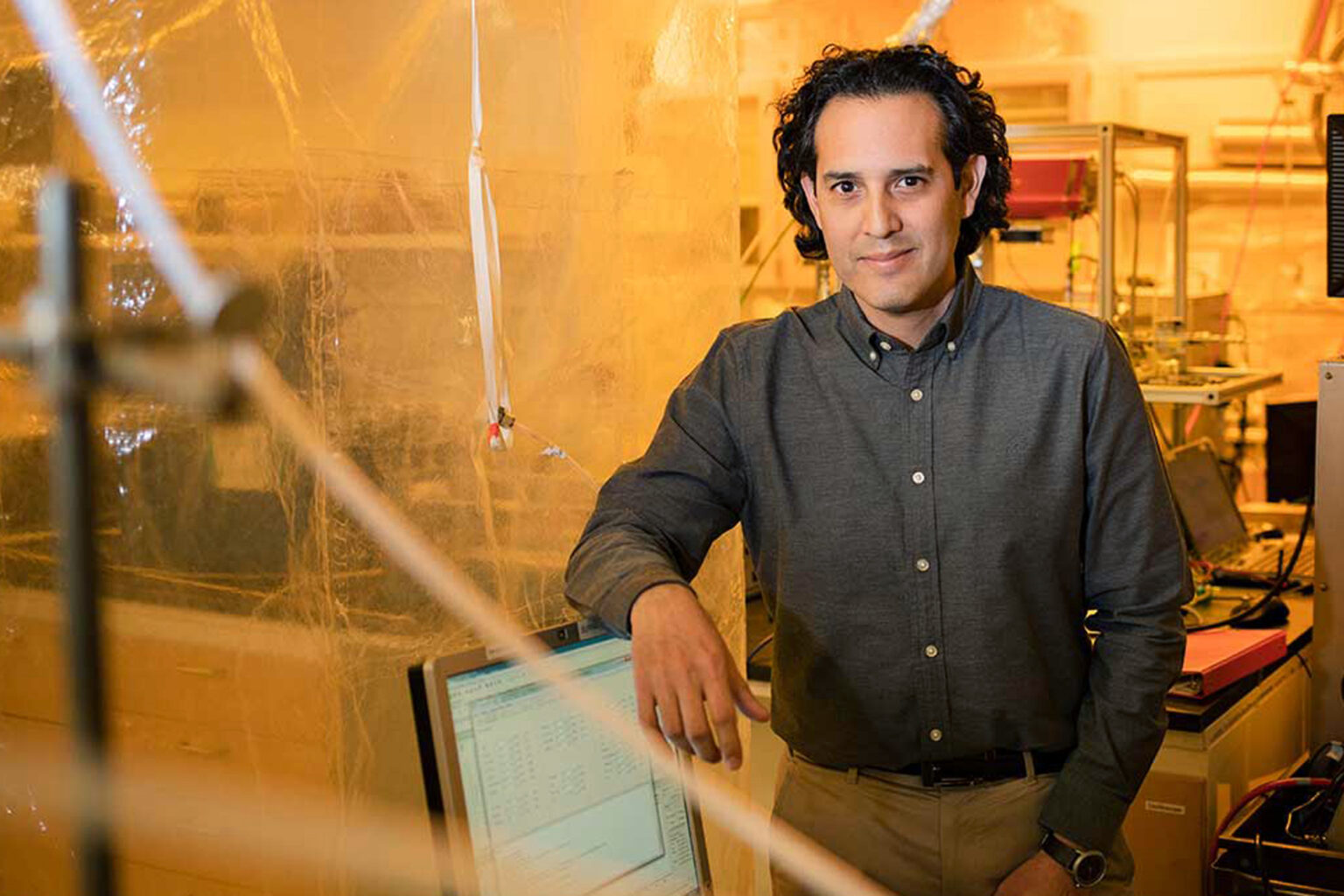 The Galápagos is the perfect place for this kind of research, according to Marchetti and Vizuete, because of its location. The islands are at a convergence point of major ocean currents, making the water rich in diverse nutrients and organisms. Any samples taken by Marchetti are representative of multiple ocean communities. This marine environment combined with the ample amounts of sunlight available in the Galápagos makes it a hotspot for phytoplankton productivity and, therefore, isoprene emissions.

Marchetti began collecting air chemistry samples on research cruises throughout the archipelago along with his usual phytoplankton measurements by using special air filters that capture the compounds in the air from phytoplankton-rich locations. After analyzing the chemicals caught in the filters, Vizuete found proof that the aerosol-creating reaction present on land was also happening to the isoprene emitted by these microscopic algae in the ocean.

Warming of the oceans from climate change influences the makeup of phytoplankton and how they grow — which may affect the amount of aerosols they can produce. By measuring different populations of phytoplankton, Marchetti and Vizuete hope to predict the varying levels of emissions that occur.

Before Vizuete can use this information to determine its climate and health impact, he needs a data translator to help visualize the global reach of these microorganisms. Enter Bok Haeng Baek.

Airing out the data

Baek, a former UNC Institute for the Environment researcher and now a research associate professor at George Mason University, has 15 years of experience in data collection and air quality modeling development. An air quality model combines emissions and pollutants data from categorized locations and maps it. That data can then be expanded to estimate what impact each kind of emissions will have in different areas around the globe. 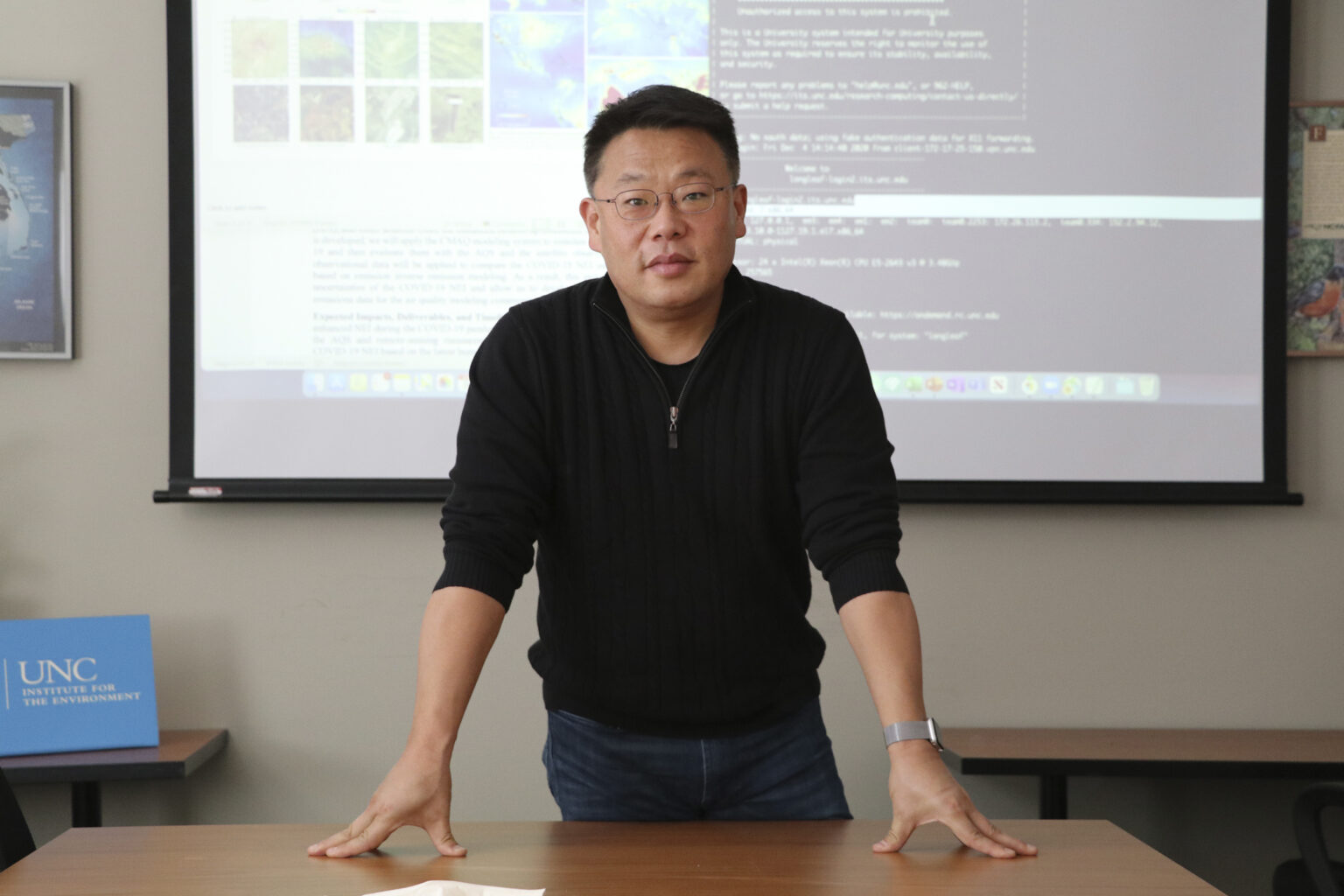 Bok Haeng Baek is the guy behind the scenes. He takes Marchetti and Vizuete’s data and transforms it into air quality models. (Photo by Emily Williams)

Incorporating both humanmade and natural sources of volatile organic compounds (VOCs) is important to Baek to create the most accurate global model. It only made sense to add Marchetti’s phytoplankton emissions factor into his global air quality model to account for another missing piece of the puzzle: marine emissions. So, Vizuete asked Baek to join the team.

With Marchetti’s data translated by the air quality model, Vizuete can now run experiments to break down and understand what the aerosols are comprised of, as well as their structure. Understanding the characteristics of these aerosols determines how they can be expected to interact with energy from sunlight: Will they reflect the energy, or trap it and cause Earth’s temperature to rise?

Once Vizuete can start to answer those questions, he can begin to provide clearer guidance of how best to tackle climate change. While changing an ecosystem to prevent plants’ VOC production isn’t an option, Vizuete says understanding their contribution to the overall climate equation could still help determine the optimal control strategies for an area.

“For example, before we discovered that trees were producing VOCs, we were modeling Atlanta wrong and using the wrong control strategies,” Vizuete says. “No matter what they did to reduce manmade VOCs, it stayed exactly the same. But when we re-did the model and added the inventory for tree VOCs, all of a sudden we figured it out.”

The other side of Vizuete’s job is assessing the health impacts of aerosols — the number-one killer in air pollution-related deaths, he says. Understanding the ocean’s aerosol contribution can help scientists address the threats it could pose to individuals and the planet at large.

“Having an understanding of what people are exposed to is half the battle,” says Vizuete, who also works closely with toxicology researchers in the UNC Gillings School of Public Health.

While Marchetti, Baek and Vizuete are in the process of finding the proper funding to continue their project, they are excited by the collaborative expertise that may help illuminate a little bit more about our oceans and climate change.

“No one person can be an expert on everything,” Baek says. “It’s exciting work because we have three different backgrounds, and we can share that expertise together.”