Growing up, Claire Su never thought that careers in the men-dominated technology industry or computer science fields were options for her. But Pearl Hacks — a beginner-friendly hackathon for women and nonbinary students created by Carolina students — changed all of that.

Su’s older sister had attended the hackathon and encouraged Su, who was in high school at the time, to check out computer science. There were promising careers in the field, she said.

So, when Su arrived in Chapel Hill as a Carolina student the following year, she attended Pearl Hacks for herself, and in one weekend, she found not just her foothold in technology but also a community to support her along the way.

“It was nothing like any event I’d been to at UNC,” she said. “I added [computer science] my first year and never looked back.” 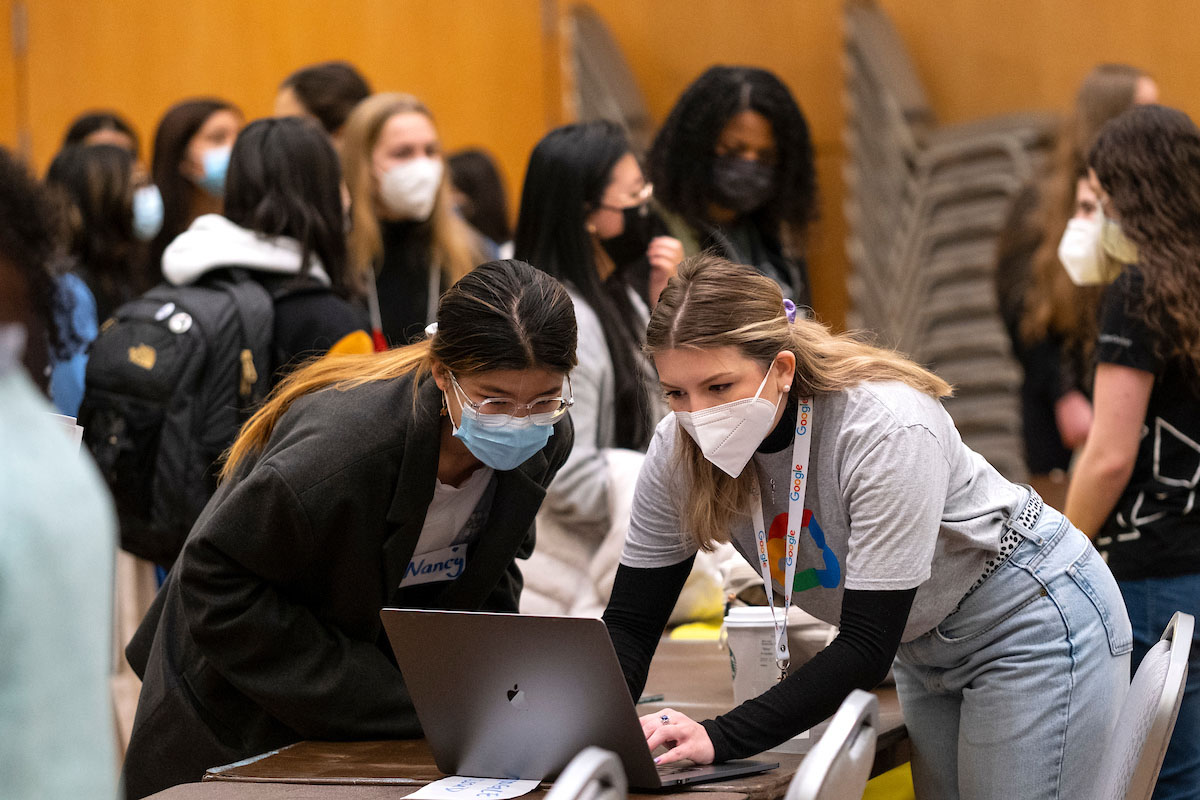 Now a senior and the logistics chair of Pearl Hacks, Su is among the dozens of Tar Heels helping more women and nonbinary individuals begin their own paths into technology and computer science through the hackathon. The group hosted its annual event in late February, drawing more than 600 attendees who participated in person at the Carolina Union or virtually from around the world.

In addition to a hackathon component that challenges small teams to tackle various projects to win prizes, the two-day event featured technical workshops, a sponsor fair for participants to meet with tech companies and opportunities to connect with more women and nonbinary students in tech.

“This is a weekend in which women and nonbinary college students can really experience technology in a different way than you would in a traditional classroom,” said Meghna Sharma, the executive and experience chair of Pearl Hacks. “It’s a fun environment where you just get to be yourself. That’s the beauty of it.”

The hybrid event was the group’s eighth Pearl Hacks since it was founded by Carolina alumna Maegan Clawges who saw the gender gap in college hackathons and wanted to start an event that gave women and nonbinary students a space to participate. Since its launching in 2014, the hackathon has expanded in size, but it has stayed true to its founding principles.

“Pearl Hacks stands for a mission that’s building an inclusive and safe space for women and nonbinary students to learn about coding, learn about technology and meet new people,” Sharma said, a senior studying computer science, business and statistics.

Pearl Hacks, Ashna Patel said, wants to help overcome that gender gap by serving as the initial opportunity for participants to learn about and try different opportunities in the tech field. The weekend includes beginner-friendly computer science workshops and mentors who roam the event to support projects.

“We target mostly beginner coders to get these women and nonbinary students to feel encouraged and empowered to break into the tech industry and gain more experience,” said Patel, a junior studying computer science and stats who serves as the organization’s sponsorship chair.

The beginner-friendly aspect of the event is what drew first-year student Somer Lillard to the Carolina Union for Pearl Hacks last month. The Tar Heel saw the two-day event as an opportunity to explore the field more.

“I mostly just came here to learn,” Lillard said. “I’m a first-year in Comp 110 [Intro to Programming] and don’t know much at all. I thought that this was a good opportunity to learn and see what’s going on in computer science.”

Sharma said that in addition to helping participants build technical skills, she hopes the weekend is also an opportunity to build a stronger community through networking among participants and companies looking to bring more women and nonbinary individuals to their teams.

“I think the biggest thing is the community part of it,” Sharma said. “Computer science — and technology as a whole — is very man-driven, so having a space where students feel comfortable working together in teams, getting to know each other and being able to talk to companies is a great thing that we can do at Pearl Hacks to help build a strong community for our students.” 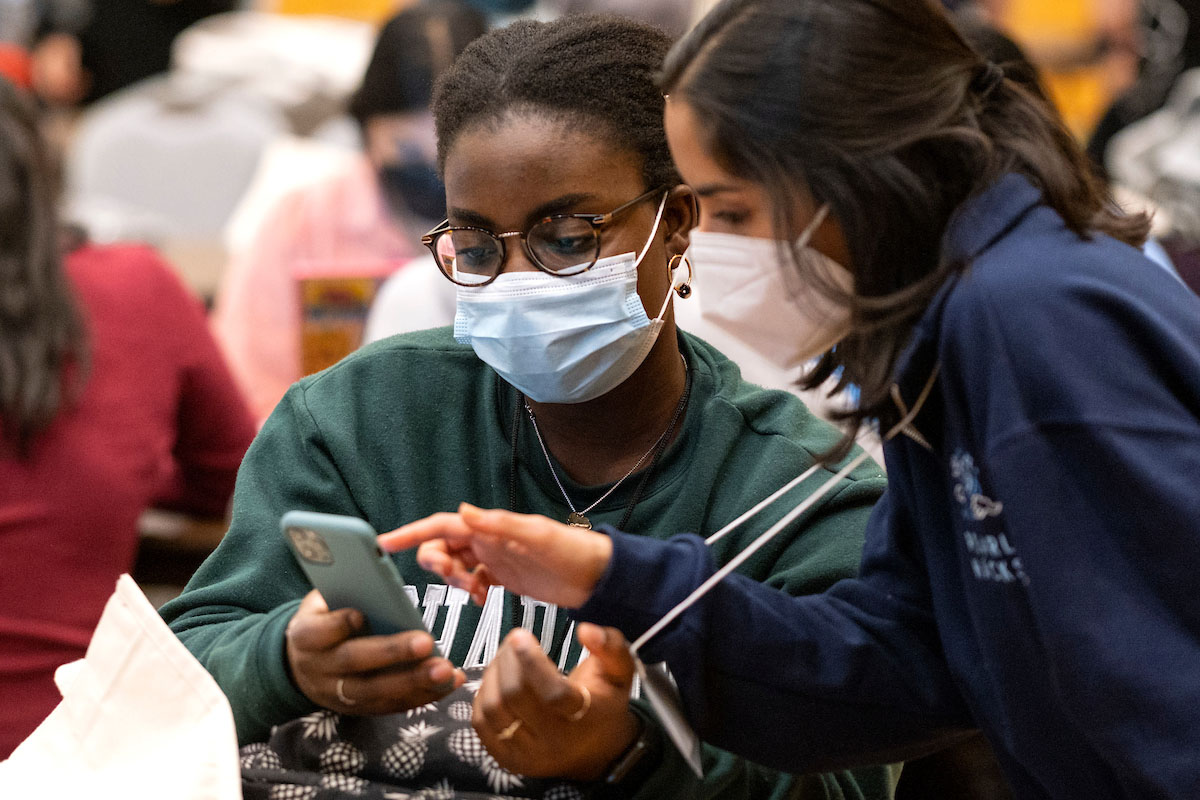 That community-building is what initially drew Sharma to Pearl Hacks as a first-year student. Having been one of the only girls on her high school robotics team, she experienced the impacts of the gender gap firsthand and wanted to be part of a community working to make a difference in the tech world.

“It’s very important for us to have a safe space where we can freely express and learn these different things and talk about the importance of empowering and encouraging women and nonbinary students to pursue their interests in technology,” she said.

To bring that experience to life, the 16-person board behind Pearl Hacks puts in hundreds of hours of work behind the scenes. The chance to empower women and nonbinary students in technology, Patel said, makes all the work worth it.