Undergraduates Mackenzie Collura Repp, Samara Airy Perez Labraand Gabby Walton learned the meaning of hands-on research over the last year and a half by getting their hands very, very dirty.

From fall 2020 to summer 2021, they planted a garden inspired by their transcriptions of the diary of one of the 20th century’s most influential American Indian writers and intellectuals: D’Arcy McNickle, a citizen of the Confederated Salish and Kootenai Tribes of the Flathead Nation.

The students were part of an Undergraduate Research Consultant Team funded by the Office for Undergraduate Research. American Studies Professor Daniel Cobb partnered with theCarolina Community Gardento create a temporary exhibit based on their research in which they planted a garden inspired by McNickle’s writing. They further developed a series of interpretive posters to demonstrate how this writing was about more than a garden.

Cobb says they uncovered something deeper: “a story of an Indigenous person engaged in making and remaking a ‘sense of place’ despite being fundamentally displaced by settler colonialism.” 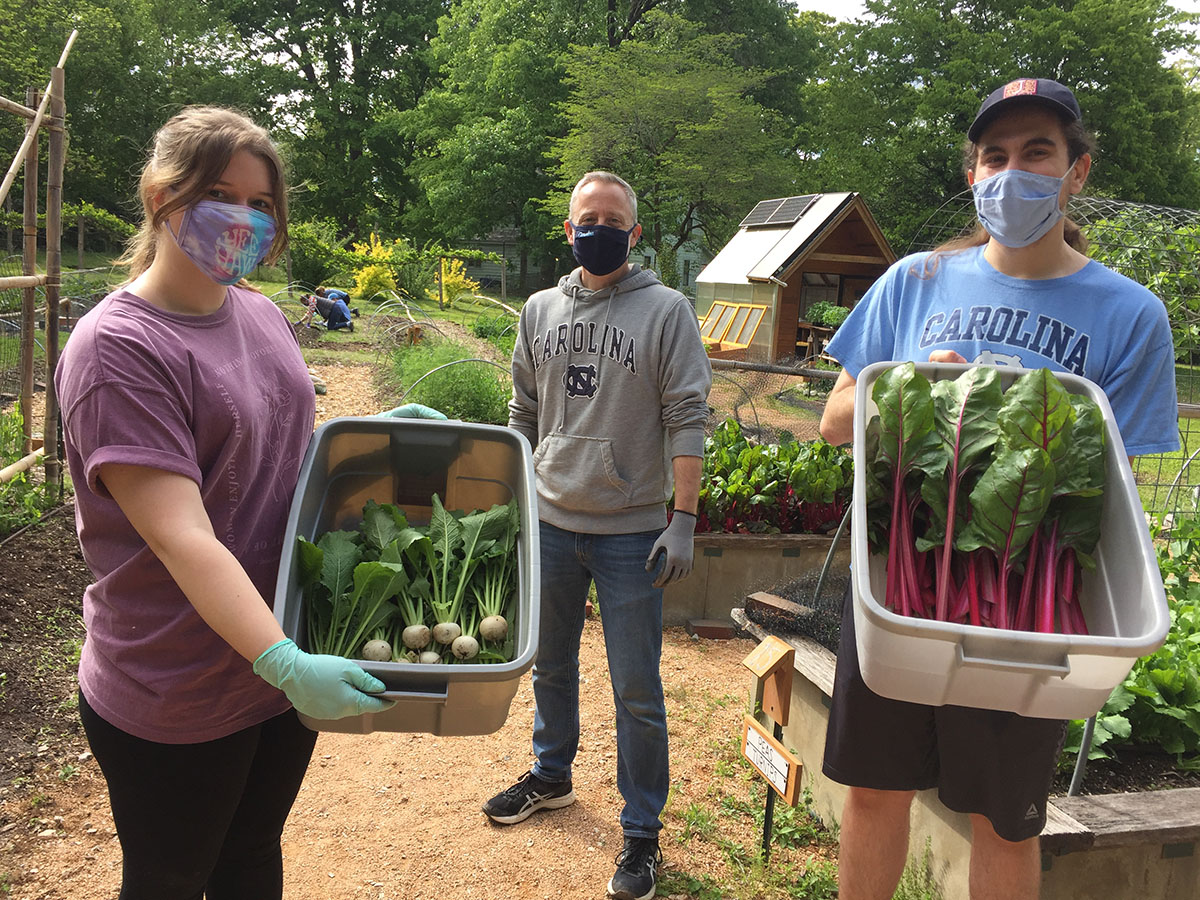 Cobb assembled his URCT while teaching a first-year seminar on D’Arcy McNickle in the fall of 2019. He says he recruited Collura Repp, Perez Labra and Walton because he wanted “to build a team that was multidisciplinary, and each of them were rooted in different fields, including sociology, political science and psychology.” Cobb and the team were guided by the historian and critical theorist James Clifford’s concept of “ethnobiography,” which seeks to “deliver a self” both diachronically (as time passes) and synchronically (in a particular moment). Using his diary, the team was able to conceptualize a year of McNickle’s life as if it were being lived in the moment.

Using a diary as a primary source in this way involved four innovative phases: transcribing the handwritten pages to determine what words were there; deconstructing the transcriptions to generate a list of words that required additional research to better understand them; contextualizing all of these words by conducting primary and secondary source research; and devising creative ways of representing what they learned about McNickle’s experiential world.

Beginning in the spring of 2020, each team member completed extensive transcriptions — together running from the early 1940s to the late 1950s. Junior Mckenzie Collura Repp says the transcription process revealed McNickle’s “sassiness and poetic zeal.” And according to junior Samara Airy Perez Labra, they “took careful consideration to attempt to ‘read’ the meaning of what McNickle was saying, despite it not literally being written down.”

Cobb says he was impressed by the determination of the undergraduates, who decided to meet virtually in summer 2020, a pandemic-induced shift from an original research plan that involved travel to Greenwich Village in New York City or another location that figured prominently in the diary. By the late summer of 2020, they decided to collaborate with the Carolina Community Garden to create the temporary exhibit — and each team member contributed in different ways: deciding what to plant, designing the garden space, planting the garden, writing the interpretive text and creating the posters. They finished the first iteration of the garden project at the end of fall 2020 and sought permission to continue the project for another semester and to publish their research findings online. 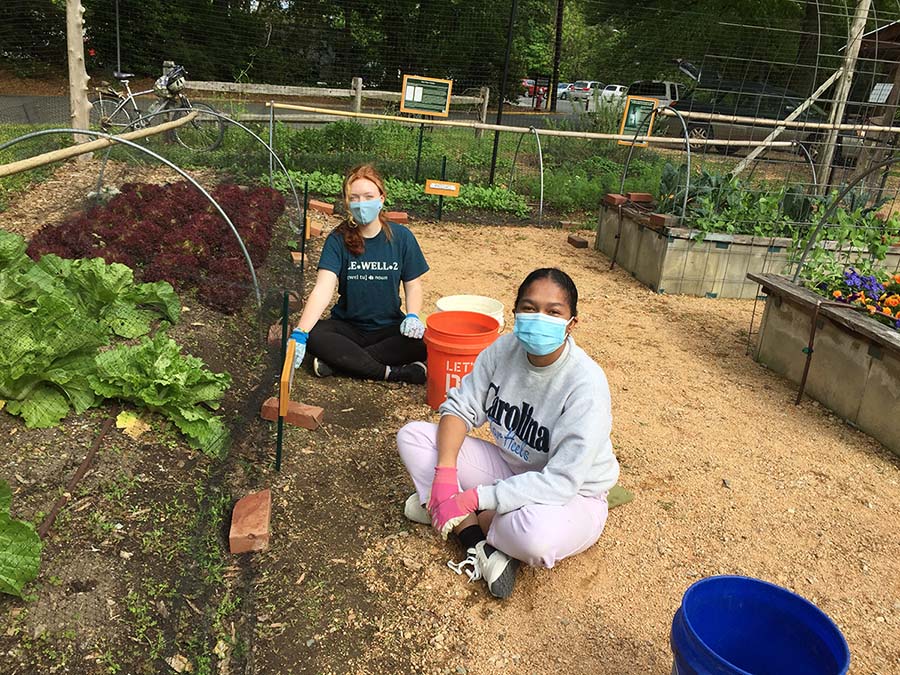 The spring 2021 semester saw the team contribute to the design of the Experiential World of D’Arcy McNickle website and to the construction of the ClioVis and Google Earthdigital projects. The latter meant conducting primary and secondary source research and building a visual timeline and story map. In the spring, the students alsopresented their findingsat theCelebration of Undergraduate Research and led a guided tour of the Carolina Community Garden temporary exhibit for students and faculty in American Studies.

For Cobb, this collaboration with students provided “an opportunity to take my commitment to cultivating students as scholars and co-creators of new knowledge to the next level. I benefited from working with Samara, Gabby and Mackenzie not just because they formed a brilliant and deeply committed interdisciplinary research team but also because of the inspiring people they are.”

For the undergraduates, the research was transformative. Collura Repp’s involvement “has made me hungry for more research.” Perez Labra has become “more confident in pursuing my own social science research.”And according to Walton, “our efforts showed that the impacts of research do not end in labs, in classrooms, or on posters — they can be felt even while gardening, or by placing a picture on a website to connect people across time and space.”