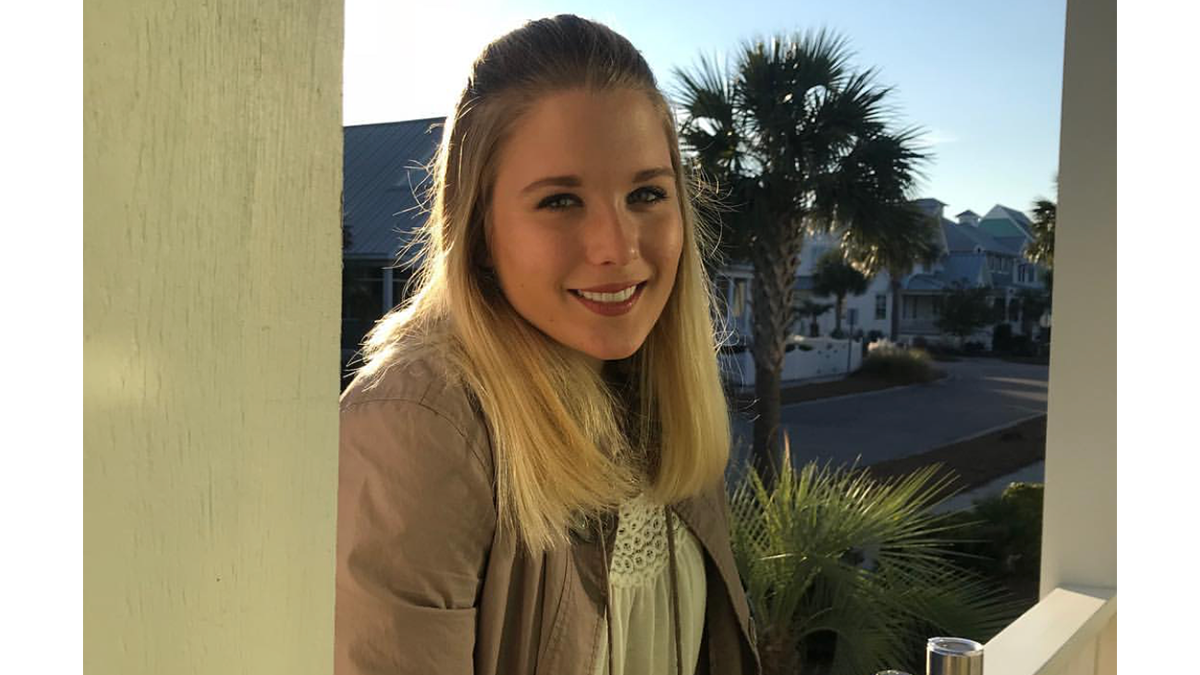 Cassidy Harding has known she wanted to be an environmental scientist since taking an AP class in high school.

“I wanted to do something with my life that made a difference and tackle urgent issues,” she said. “What I learned in that class — and have continued to learn in college — is that this major is applicable to society today. If I can contribute to this career field, I can make an impact no matter how small.”

This summer, the Carolina senior is a resilient landscapes intern at the Environmental Defense Fund in Raleigh. In her role at the nonprofit, Harding is working on a new initiative that partners with North Carolina farmers to reduce flood risks near wetlands.

“I’m working on a lot of [geographic information system] mapping work,” said Harding, who is majoring in environmental science and minoring in geography. “I’ve been mapping Eastern North Carolina, locating wetlands and where those wetlands are adjacent to, or intersect with, farmlands. I’ve been loving it.”

Harding has also been finding ways to create a governance structure for collaboration between farmers and stakeholders.

“I’m able to provide these tools for people to utilize in the future and really boost the productivity of this project,” she said. “Even though I can’t say I saved a species or saved a wetland on my own, I can say that I helped move the ball forward.”

While the mapping aspect of the internship ties into Harding’s classwork and past internships, the chance to work on policy provided a new opportunity for Harding, who has gained most of her professional experience doing fieldwork.

It also provided another — less academic — experience: working in an office.

“This position was very different,” she said. “I thought, I might as well do something I haven’t done before instead of doing something fieldwork-heavy like I’ve been doing in the past.”

The internship was funded by the UNC Institute for Environment’s Pavel Molchanov Scholars program. In its inaugural year, the program matches undergraduate students with an environmental internship at partner organizations in North Carolina, South Carolina or Virginia, where students can supplement their academic work with experiential, professional training. Each Molchanov Scholar receives a $5,000 stipend to support their summer experience.

“As a student, I wasn’t directly involved in environmental work, but I remember the importance of internships,” said Molchanov, an expert in energy sector analysis who donated $1 million to the University in January to launch the program. “Internships were a key element of how my career got started.”

Without the funding, Harding said she would have likely had to turn down the Environmental Defense Fund internship.

“I would not have had these wonderful experiences that I’m having,” she said. “The scholarship was what made me decide on this position.”

The experiences she had at the Environmental Defense Fund, she said, has confirmed her high school ambitions of becoming an environmental scientist — and helped hone the skills and develop the connections needed to make it a reality.

“Through the conversations I’ve had with people and seeing what work is being done is truly inspirational to see all the changes being made,” she said. “It definitely solidifies that this is something that I want to pursue, and it’s just as meaningful as I thought it would be.”