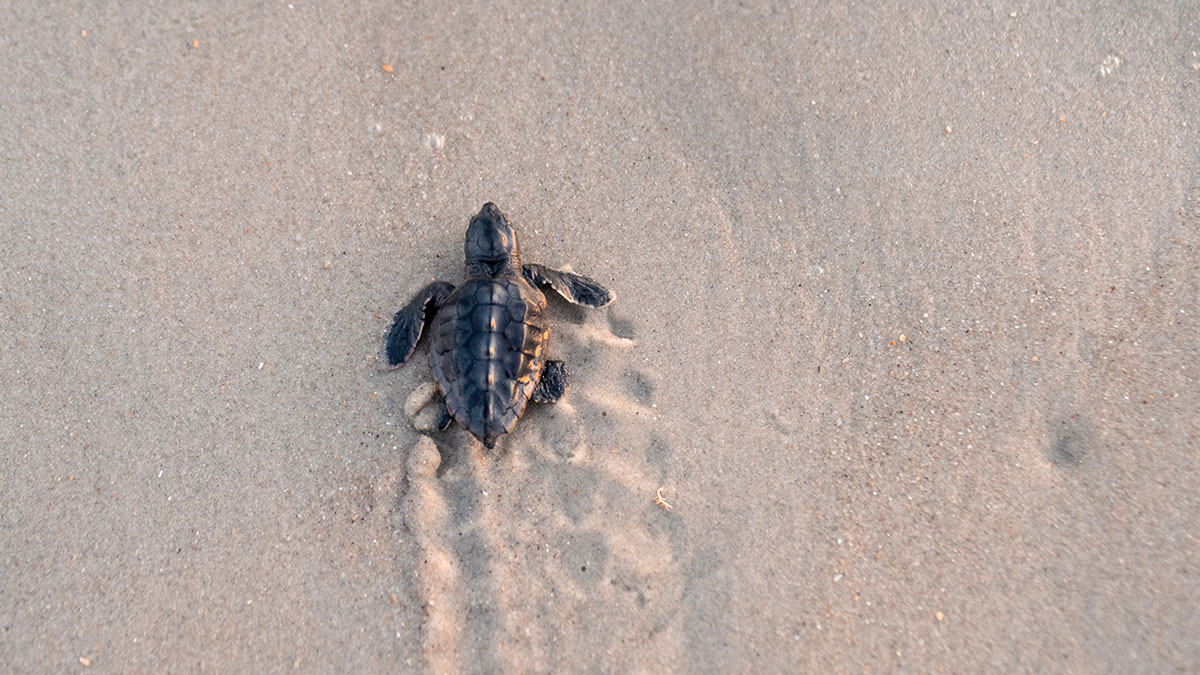 It’s midnight. Kayla Goforth and her research assistants have been traveling by car, boat and even golf cart for some seven hours to get to Bald Head Island — but the work is just beginning. They get into a utility task vehicle and head to their field site: the nest of a loggerhead sea turtle.

A biology doctoral student in Ken Lohmann’s lab at Carolina, Goforth studies the magnetic orientation of loggerhead sea turtle embryos. Scientists already know that sea turtles navigate using a sense called magnetoreception, allowing them to detect slight fluctuations between Earth’s magnetic fields at different latitudes and longitudes. Mature turtles use this sense to return to the beach where they hatched when it’s time to mate and lay eggs.

By studying embryos’ orientations, Goforth hopes to determine if they are imprinting on the magnetic field of this natal beach. Imprinting is characterized by the rapid and ingrained learning of a geographic or social feature during a critical period in an organism’s early life — in this case, likely before hatching. 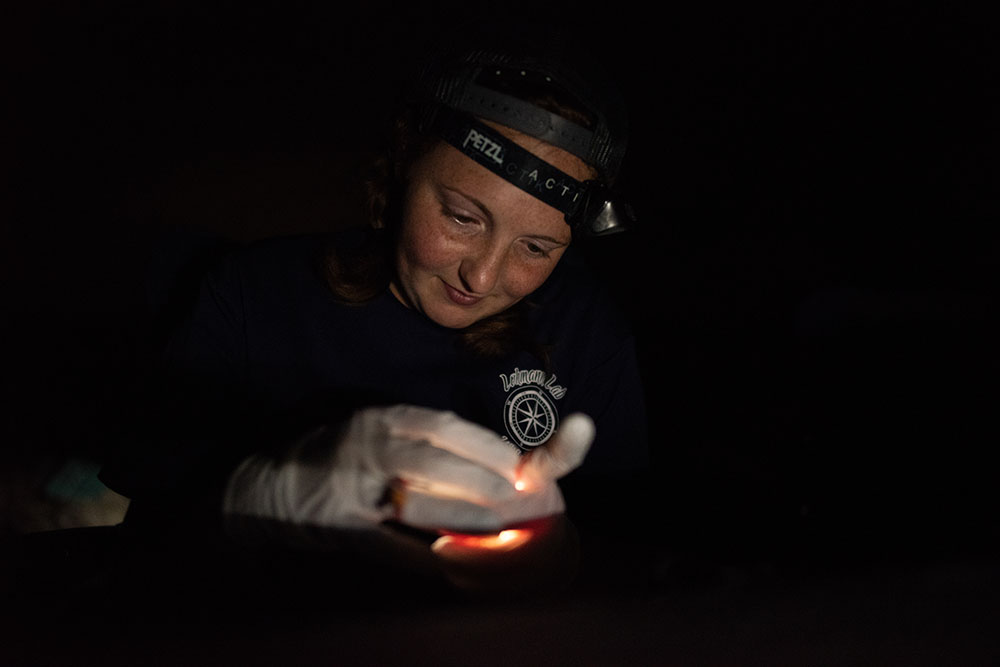 As the clock strikes 1 a.m., Goforth and her team of Carolina undergraduates drive down the beach, right up to one of the nests she studies. It’s approximately 45 days after it was laid — close to hatching time. Conducting this field work at night prevents the eggs from being exposed to sunlight and getting too hot.

Late nights in the field don’t faze Goforth. She’s passionate about sea turtles and their environment and is particularly fascinated by their use of magnetoreception. “That’s something that we, as humans, can’t even fathom,” she said. 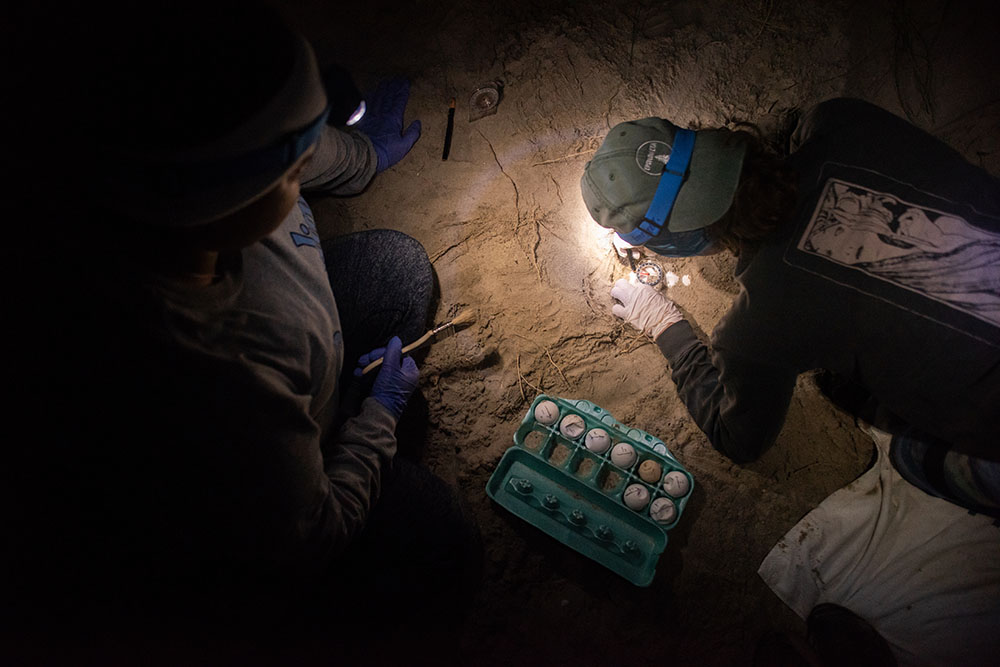 At the nest, field assistants carefully unearth the eggs, dusting off sand with a paintbrush. On top of each one, they use a black colored pencil to draw an arrow pointing toward one of the cardinal directions ­— north, south, east, or w­est. Later, Goforth will measure the angles of these arrows in relation to the directions the embryos face.

Typically, loggerheads lay around 110 to 120 eggs per nest. “They tend to lay larger eggs toward the beginning of the season and smaller eggs later in the season. The same turtle might lay up to five nests in the same summer,” Goforth explained. 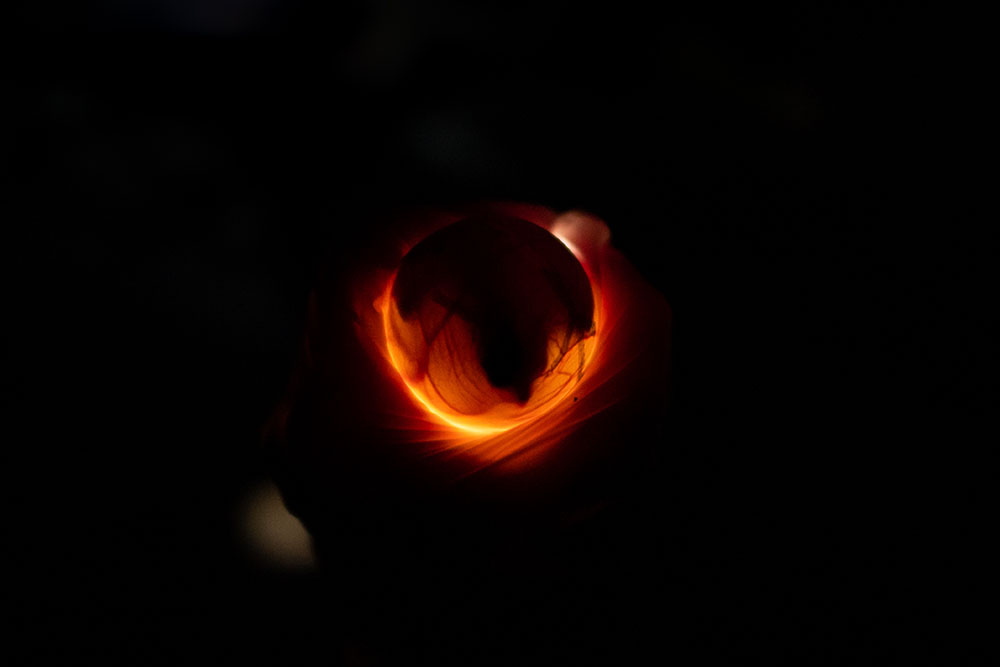 By shining a flashlight through each egg, a process called candling, Goforth observes which way the embryo faces. Here, the turtle’s head and two front flippers are visible. These baby turtles will hatch soon, and at­ this stage, they can be seen wiggling and shifting slightly within the egg.

Goforth draws a red line from the turtle’s head to its tail, which marks its position and intersects with the black directional line drawn when the egg was first unearthed. Once both lines are drawn, the egg is photographed for later measurements. 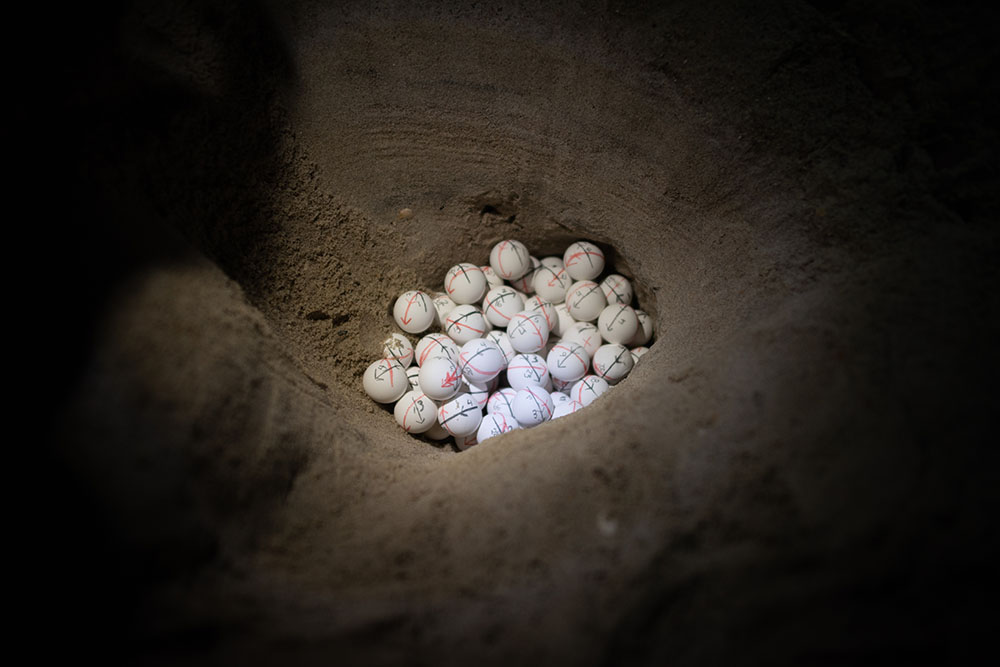 The team places the eggs back in each nest exactly how they were found — in the same order, with the same orientation. Within a week or two, sea turtle hatchlings erupt from the beach above these nests, making a beeline to the water. They use various environmental cues to begin navigating immediately.

Baby sea turtles on the East Coast swim straight to the Gulf Stream and ride this powerful ocean current to the middle of the Atlantic. Known as the Sargasso Sea, this region is abundant with floating rafts of sargassum algae, providing food and protection for hatchlings in their early years. 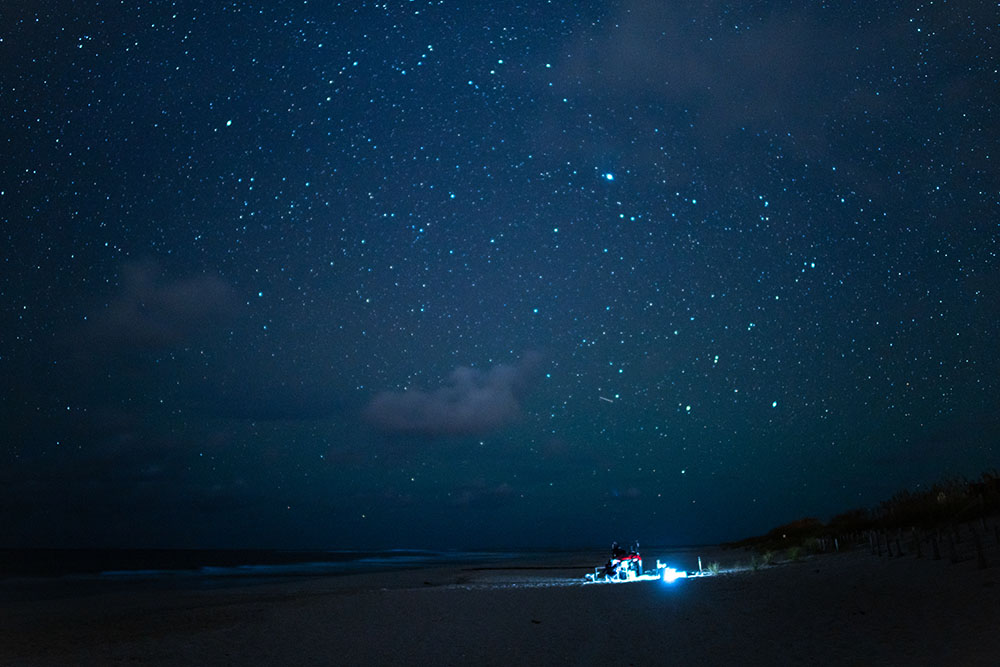 Bald Head Island boasts exceptional beauty, but the field work isn’t as glamorous as it looks. Goforth and her field assistants are often up for most of the night, digging in damp sand and being swarmed by sand flies, commonly known as “no-seeums.” When they finally get to sleep, it can be nearly sunrise.

“I thought a couple of bugs would be no big deal, but I was sorely mistaken,” Koricke said. “It turned out to be physically difficult at times, but the research is so interesting.”

To Goforth and her passionate team, science is worth the struggle.