“It’s a really important habitat for many of the little fish and crabs that people care about when they go fishing or want to go to a restaurant and eat fish,” said Joel Fodrie, an assistant professor at Carolina’s Institute of Marine Sciences.

But now, as more and stronger hurricanes strike North Carolina’s coast, researchers at the IMS are taking a closer look to see how resilient these important seagrass meadows are.

Led by Fodrie and postdoctoral researcher Stacy Zhang, the team is examining how Hurricane Florence, which hit North Carolina in 2018, affected the fish species that make the seagrass home and how the seagrass itself handled the immense power and energy a hurricane pumped through the habitat.

Seagrass faces several environmental stressors that regularly impact its stability. If the water isn’t clear enough, the seagrass can’t get enough light to grow. Temperatures too low or too high will kill it, as will poor water quality. But North Carolina’s seagrass is relatively resilient.

When a major storm rips through the meadows, however, brute force leaves a mark. In their regular visits for the estuaries following Hurricane Florence, members of the IMS team noticed small cliffs in the landscape where the power of the storm ripped away seagrass.

“It’s just like if you have, on land, a gush of water. You’re going to have erosion of a bank, and while the grass may provide some stability, at some point, tufts of grass get ripped away,” Fodrie said. “That’s what happens underwater, too.”

By comparing data before and after Hurricane Florence, that despite an initial shock of the habitat changing

shape, the fish species living in the grass bounced back. The storms may lead to damage to the habitat, the team found, but some degree of habitat fragmentation doesn’t directly mean issues for the fish community.

“The [fish] communities themselves are pretty resilient to these hurricanes,” Zhang said. “Short term, we frequently see reductions in richness and abundance of fish species along with the hurricanes. But when you look at it in terms of long-term effects, a year or more, it’s pretty much no effect. We’re not seeing very evident and obvious shifts in abundance.”

Though the fish returned to the remaining seagrass, the researchers wondered what the torn-up grass would mean for future growth. It turns out that the habitat has found a way to preserve itself and grow new plants even after being damaged.

One species — eelgrass — produces seeds, creating a seed bank in the ground that promotes new growth the following spring. The shoots and leaves of eelgrass are absent in the later summer and fall during the height of the hurricane season. Meanwhile, shoal grass grows more like a weed using a network of roots in the seafloor sediments, creating cover on the bottom primarily during summer and fall. 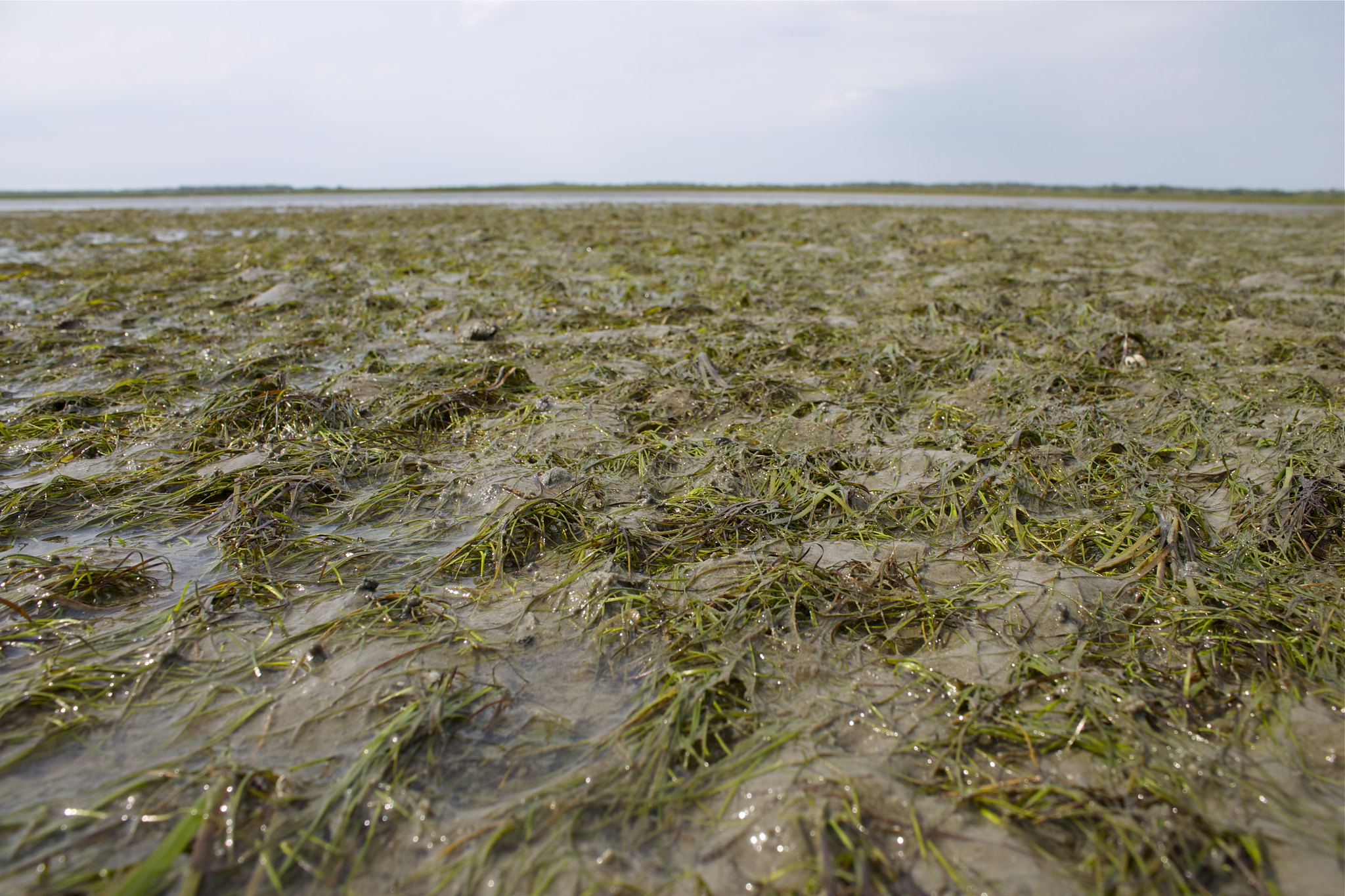 Where both seagrass species grow, the strong currents of the hurricane don’t appear to wash away the eelgrass’ seeds, as remaining shoal grass structure helps protect the seed bank and allows for the growth of eelgrass the following season — creating a stable environment for a new generation of fish.

“Based on where we stand now, it looks like having the two species together probably does offer a potential mechanism for resilience or the ability to bounce back,” Fodrie said. “Having the two species helps the one hold onto its seed bank as opposed to those seeds getting washed away to deeper water.”

The cycle of resilience and new growth may only remain the case, however, if the storms remain “pulse” events — sporadic disturbances like oil spills and wildfires that impact the environment.

As hurricanes become more frequent, they may become a common stressor — in effect a “press” disturbance — along the lines of persistent commercial fishing, temperature shifts and degradation caused by human activities.

“The trajectory of resilience and recovery depends on the frequency of these storms,” Fodrie said. “If the frequency keeps mounting and mounting, then maybe you go from a pulse to a press, and we don’t really know what the fish might do in that world.”

In addition to more frequent storms, the timing of hurricanes and tropical storms could potentially create a new set of problems, Zhang said. When Hurricane Florence struck North Carolina in September of 2018, the seagrass had already embedded its seeds in the seed bank. Just this May — before hurricane season officially began — a tropical storm made an impact on the coast right when the plants are still in the process of embedding seeds in the seafloor.

“This tropical storm that just came through didn’t have massive impacts, but it can still produce storm surge and wind stresses and wave stresses that can distribute or rip up seeds during the reproductive season. That wouldn’t have the same impact in September when our ephemeral seagrass species are on their way out,” Zhang said.

To better understand and examine how storms are changing the meadows, IMS researchers are compiling complete data over generations to create a baseline of the seagrass’ habitat that can be used to recognize a decline in the plants’ resiliency.

“For these whole North Carolina-scale events, it’s very hard to have much certainty of an impact if you only have one or two years of data to draw upon,” he said. “We’re trying to maintain the institutional memory through data. We have about 10 years of our own experience sampling grass at this point.”

All the information, Fodrie said, is the key to diagnosing potential future challenges facing the seagrass and North Carolina’s treasured sea creatures.