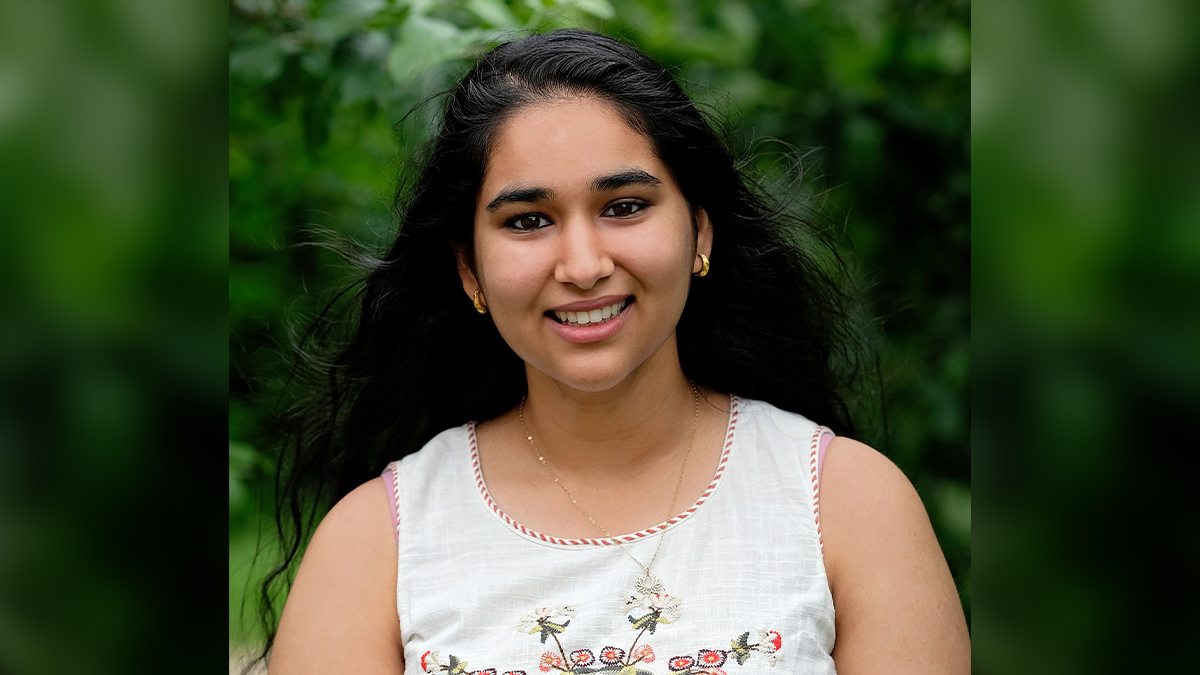 Shristi Sharma has been teaching herself computer programming since fourth grade. She eventually learned so much that she was able to design an app that could help predict Alzheimer’s Disease through a smart watch.

Now, she’s coming to Carolina to take what she learned on her own to the next level.

“I was just doing it as a hobby for all these years,” she says. “It has all been independent. This is my first time to get formal training in something I’m really passionate about.”

As she hones her computer science skills to address health issues impacting millions of Americans, she hopes to make a difference on campus and beyond.

What do you plan on studying at Carolina?

I plan on studying computer science, but more specifically, I want to do research in computer science. I think that it’s more than a major, it’s a skill. It’s super interdisciplinary, so you can use it with any subject you want. For me, those subjects recently have become health, neuroscience and psychology. It’s brains, minds and computers. That’s the intersection I want to work at.

The reason this interest came up is because three years ago, a really close family friend died due to Alzheimer’s, and I was trying to find what I could do to help such a big problem. There was this moment of insight when I was going through a magazine, and on one page, I read this article about living with Alzheimer’s and how hard it is, and on the right side was an ad for the latest FitBit. The two images converged in my mind. I thought, “What if you could predict Alzheimer’s with a smart watch?” That’s one of the main research interests I hope I can continue at Carolina.

What does it mean to you to be a Tar Heel?

One thing that I’ve seen a lot about being a Tar Heel is just how dedicated all the students are to community service and social engagement. It’s so high at Carolina, and I really love that. I think that’s what it means to be a Tar Heel: to be completely invested in your community.

What do you hope to bring to the Carolina community?

My passion for research. I’ll have some great opportunities to work with professors here and hopefully be able to contribute to the community that way. I’m also from a very, very small school. I had nine kids in my graduating class, but they were from six different countries. It was a really tight-knit group of students, and I learned a lot about diversity and how to be empathetic and listen to people. I’m hoping that I can bring that to UNC as I expand my world family.

What do you hope to achieve through the Robertson Scholars Leadership Program?

It’s an exceptional opportunity to be a part of three communities: UNC, Duke and the Roberston is itself a little community. Having that and all the simulating experiences will help me become a better leader myself. But also, as a Robertson, I’ll be connecting with so many other student leaders and the opportunity to learn to lead alongside other leaders, I think, will be a big one for me.