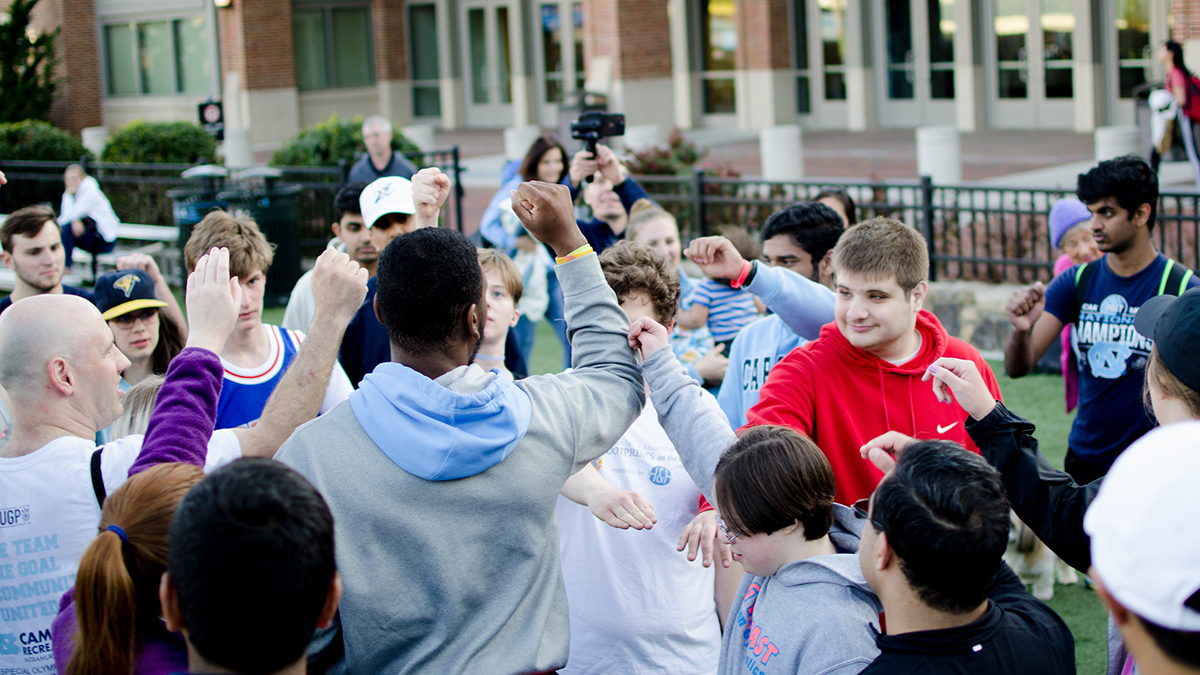 Nothing brings people together quite like playing on the same team. Whether on the field, in the pool or on the court, teammates often become like family, and the players on Carolina’s Unified Sports teams are no exception.

Unified Sports is a Special Olympics program that brings people with and without intellectual disabilities together on the same teams. Through Campus Recreation, Carolina students compete alongside local Special Olympics athletes in flag football and kickball.

As the flag football season kicks off, Carolina senior Avanish Madhavaram is expecting an incredible season, which will lead up to an annual rivalry game against NC State’s Unified team.

“This is something that we look forward to all year, both the UNC Carolina students and the Special Olympics athletes,” said Madhavaram, who is also the vice president of UNC Special Olympics. “Especially our rivalry game, because we try to get as many fans in the stands as we can, so it really does feel like a varsity sport. It’s really cool to see people embracing that.”

A victory over NC State would be the icing on the cake for the team, but the real win, said Tori Hooker, is the friendships the athletes build with one another.

“My favorite thing is seeing the Carolina participants and the Special Olympics athletes develop these relationships that grow and flourish,” said Hooker, senior assistant director of sports programs at Campus Recreation. “It’s common for me to get a social media request from a Special Olympics athlete too, so it’s fun to see how those relationships continue outside of the sport.”

Scott Lambeth, one of the Special Olympics athletes on the team this year, joined Carolina’s Unified Sports several years ago. Although he looks forward to competing every week, the relationships he’s built mean even more.

“I like getting to know all the students,” he said. “I get to have more friends.”

Madhavaram, who has gained many friendships in his seven semesters playing with the Unified teams, said he always looks forward to the players showcasing their talents.

Madhavaram said working alongside Special Olympics athletes has been the most impactful experience he’s had at Carolina. The biology and exercise and sports science major hopes to continue working with people with disabilities by becoming a doctor, but he believes inclusive communities should exist everywhere.

He hopes Unified Sports can make that a reality on Carolina’s campus and beyond.

“It’s really about building a community you want to live in,” Madhavaram said, “where people with and without disabilities can come together and learn from each other.”