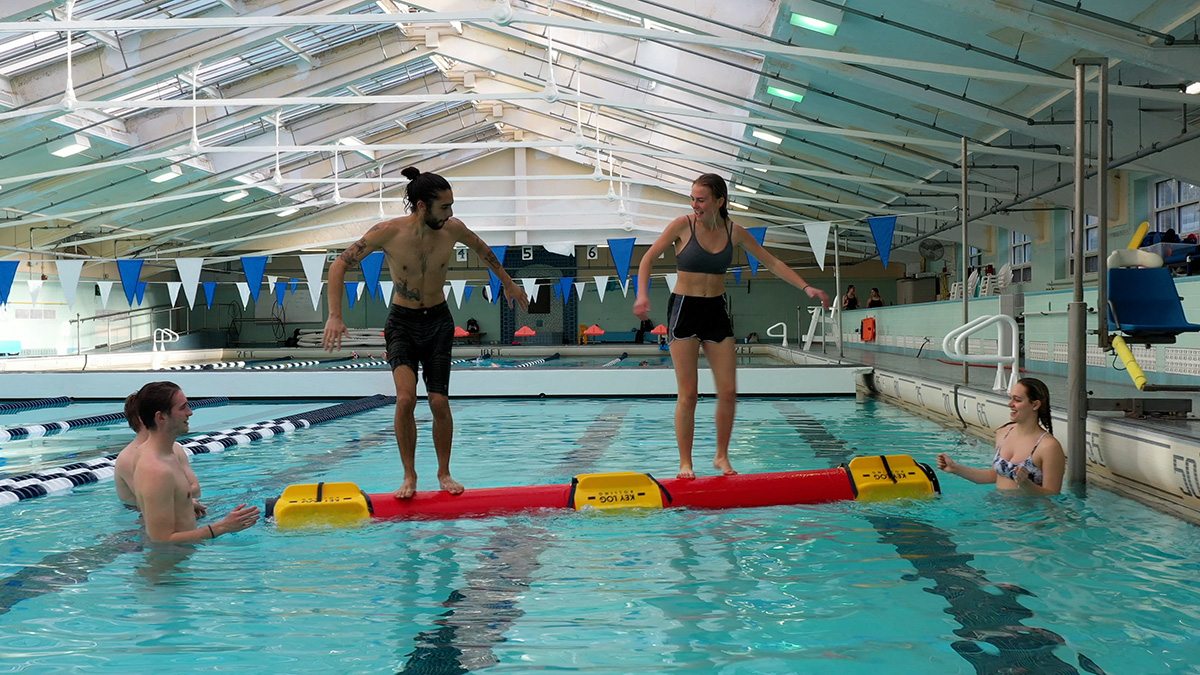 Press the play button above to watch the video

Although most of the competitions at Carolina’s Bowman Gray Memorial Pool take place in the water, the winner of an event next weekend will be the Tar Heel who best performs on top of it.

UNC Campus Recreation is hosting a logrolling tournament on April 2 at 6 p.m., with students competing to see who can remain standing on a floating plastic log the longest.

“It’s important to have activities that people haven’t heard of because it levels the playing field,” said Alina Bejenari, an aquatics intern with Campus Rec. “Pretty much nobody has tried Key Log Rolling before. So for everyone, it’s new. It makes it easier and puts less pressure on people to do something you’ve never heard of.”

Also known as Rolleo, the competition is open to Tar Heels of all ability levels.

“It was both harder and a little easier than I expected,” said Andre Chiquito, a junior who is new to logrolling.

As much as he enjoys perfecting the balance and skill of standing tall on the log, Chiquito finds a reward even when he winds up in the water.

“My favorite part is definitely the falling down,” he said. “That is always spectacular, and it is inevitable. You never know quite what’s going to happen, and it never happens the same way twice.”

Register for the April 2 Rolleo tournament