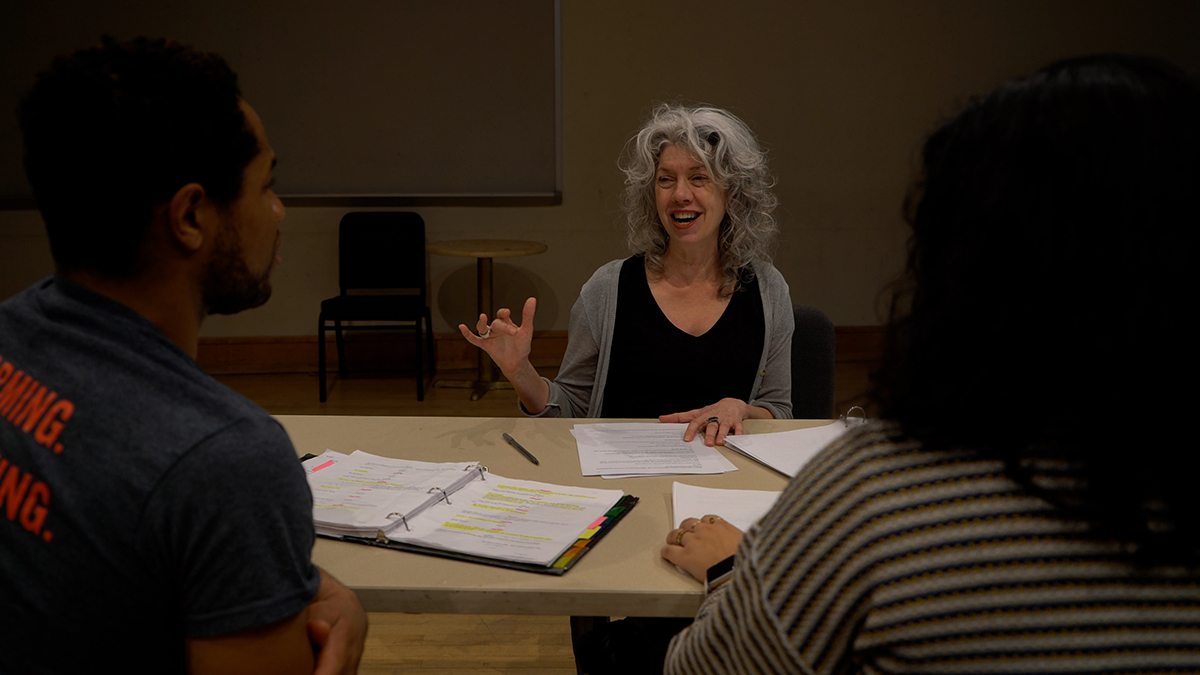 Press the play button above to watch the video

When second-year Carolina Master of Fine Arts student Jamar Jones was preparing for his role in a PlayMakers Repertory Company performance recently, learning his lines was only part of the challenge. He also needed to perfect his character’s British accent.

Jones was able to portray the character of Frank Churchill in an adaptation of Jane Austen’s “Emma” with a full British dialect thanks to instruction and guidance from Gwendolyn Schwinke, a voice coach and faculty member in the College of Arts and Sciences’ Department of Dramatic Art.

“I certainly wouldn’t say I’m a master at it, but I do not feel the same trepidation,” Jones said. “It does not feel as foreign. I feel as if it’s something that I can access in my wheelhouse.”

Schwinke, who regularly works with MFA student-actors during their PlayMakers’ performances, helps make dialects and accents from all around the world sound natural, breaking words down into consonant and vowel sounds to build their authenticity.

“It’s so rewarding to sit in the audience and listen to the actors succeed with the accent that they’ve been developing,” Schwinke said.