Adverse Conditions: The University will stay in Condition 1 until noon on Sunday, Jan. 23 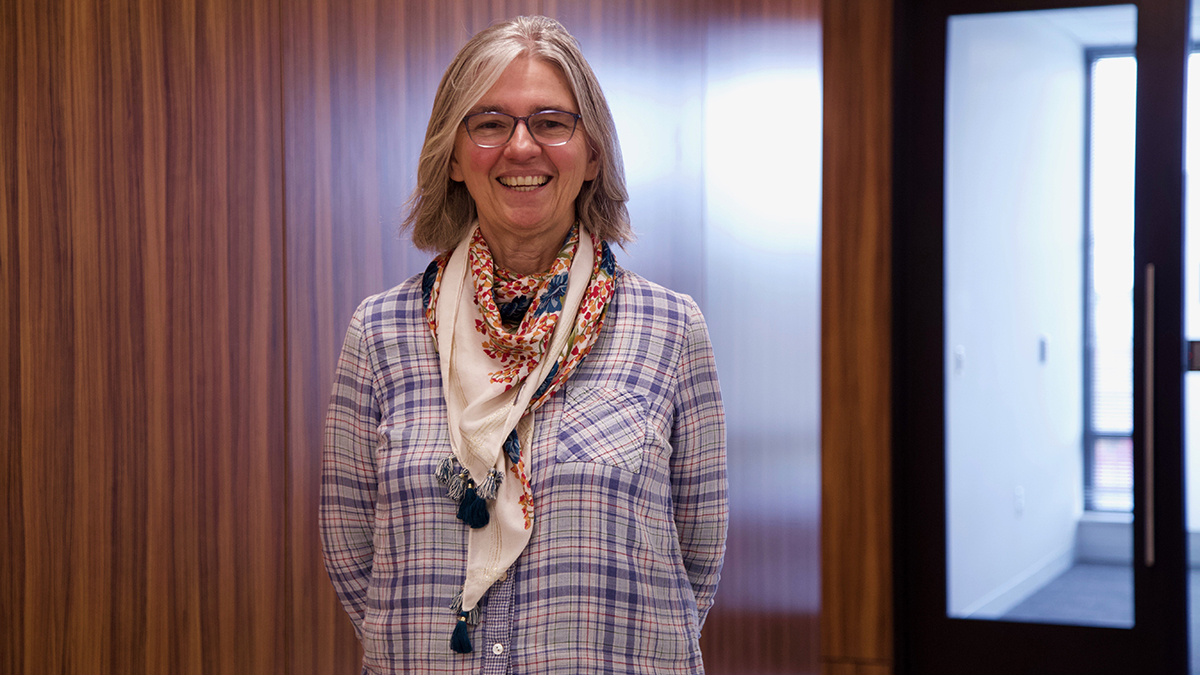 While many methods focus prevention efforts on at-risk groups like sex workers and drug users, Carolina epidemiology professor Sharon Weir had a different idea. By focusing on the places where HIV transmission is likely to occur, Weir reaches communities that traditional AIDS prevention efforts miss — and she does it while shielding people from the stigma that surrounds HIV.

“If your outreach approach is conditional on people meeting some criteria that is stigmatizing, it’s not a strategy that’s necessarily going to work,” she said.

Weir has implemented PLACE in 20 countries since 1999, when she and her partners at Carolina first launched the method in Cape Town, South Africa. Today, Weir and her team at UNC-Chapel Hill’s MEASURE Evaluation are working in Uganda, where they recently tested 14,000 people for HIV at hundreds of venues throughout the country.

“UNC-Chapel Hill has been a fantastic place for this kind of method to do well,” she said, thanking her partners from departments across campus. “They’ve been very good at supporting the cutting-edge outreach testing that we’ve been able to do. It’s very gratifying work.”

In the field, Weir and her team use the information gathered in the communities to provide HIV testing, risk behavior assessments and health education right at the source of potential HIV transmission.

“The beauty of a venue-based approach is that we can reach important local transmission networks without stigmatizing anyone or singling anyone out,” Weir said.

Because the PLACE method reaches people who are rarely on the receiving end of AIDS outreach efforts and who don’t necessarily fit the profile of an at-risk individual, the approach identifies many people who don’t know they are infected.

“What we find are the more neglected transmission pockets in a district,” she said. “In fact, because our approach is so systematic and thorough, we often go to areas that are more isolated or not being reached by other providers. By reaching these people and getting them on treatment, hopefully, we’re preventing infections for many others.”

“To end HIV in the countries most burdened by the epidemic, particularly in sub-Saharan Africa, we need to move out of the clinic and into communities to reach people unaware of their HIV status,” he said. “PLACE is a valuable tool in this effort and helps us better find and link people living with HIV to life-saving care and treatment.”

Weir hopes the PLACE method will empower local policymakers and health providers to slow down — or stop — the transmission of HIV in their communities.

“You need some tools and innovations that are able to give you localized data so you can tailor your action to the local epidemic,” said Freddie Ssengooba, the PLACE director at Makerere University in Uganda, in a documentary on the method. “So, building the capacity of these [local] teams is a very, very important activity. We are currently trying to do that as we implement PLACE in Uganda.”