Sometimes it’s simple, helping a customer set up their computer.

Other times, it’s trying to pinpoint the reason a computer is running slowly, restoring a hard drive, or navigating the control panel of a computer in a different language. 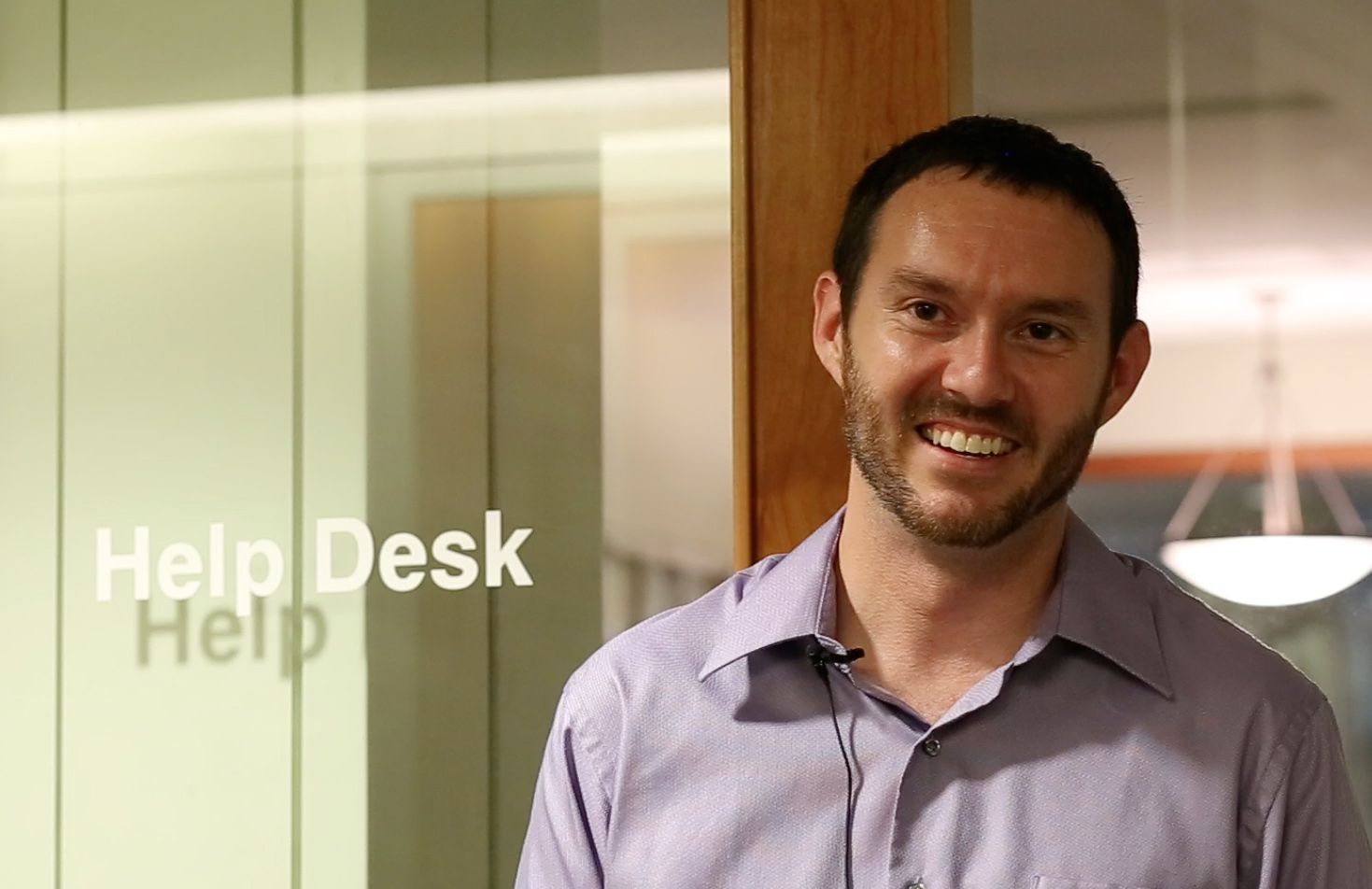 Matt Howell is Walk-in Services Manager at the IT Response Center.

Offering a tried-and-true blend of technology troubleshooting, including walk-in services, the 962-HELP phone line, chat and web support, the ITRC addresses computer and connectivity needs for all students, staff and faculty.

Needs are addressed year-round, but move-in week, otherwise known as Fall Rush, is when things get really serious.

“For the first day of classes we definitely have long lines,” said Sharon Glover, director of the ITRC. “You can walk out and see students sitting on the carpet trying to solve their own problems. It is definitely an eight-hour day of student after student. But we work through it.” 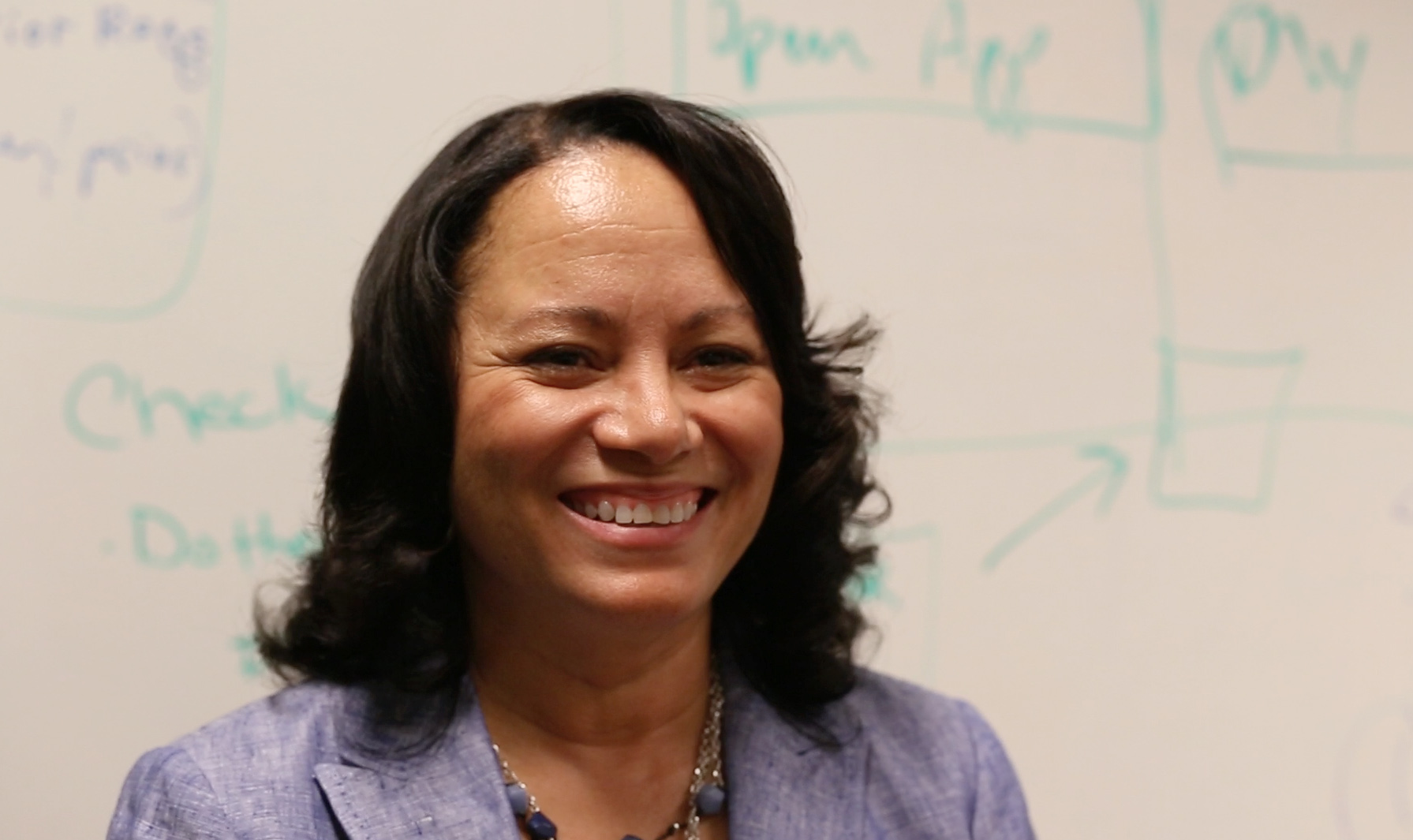 Sharon Glover is director of the IT Response Center.

Located on the first level of the Undergraduate Library, the ITRC sees an unlimited number of technical issues. Among the most common during Rush: device setup, software installation and network connection.

Ingrid Camacho – who heads up the frontline support services for the ITRC – is one of many who sums up the week in two words: “Organized chaos.”

The numbers don’t lie: During the first week of class in 2013, more than 3,000 customers visited the ITRC to get help with issues, and a thousand of those were on the first day of class alone. The same day, more than 1,600 phone calls came through 962-HELP. The volume of chat help requests continues to rise. 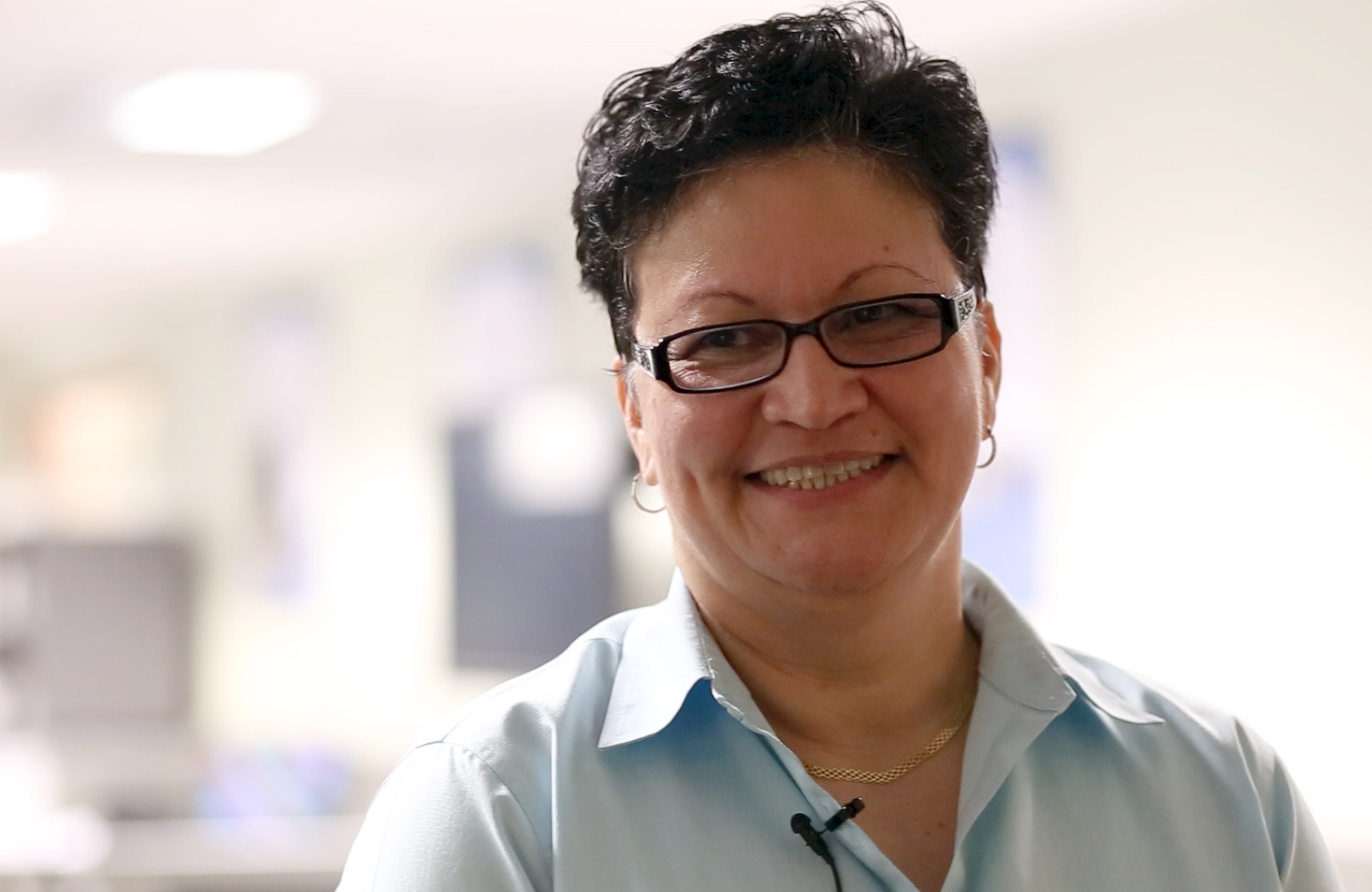 Ingrid Camacho heads up the frontline services at the IT Response Center.

According to Camacho, it takes around 45 to 50 people to run the operations during move-in weekend and the first week of class; additional help includes student employees. 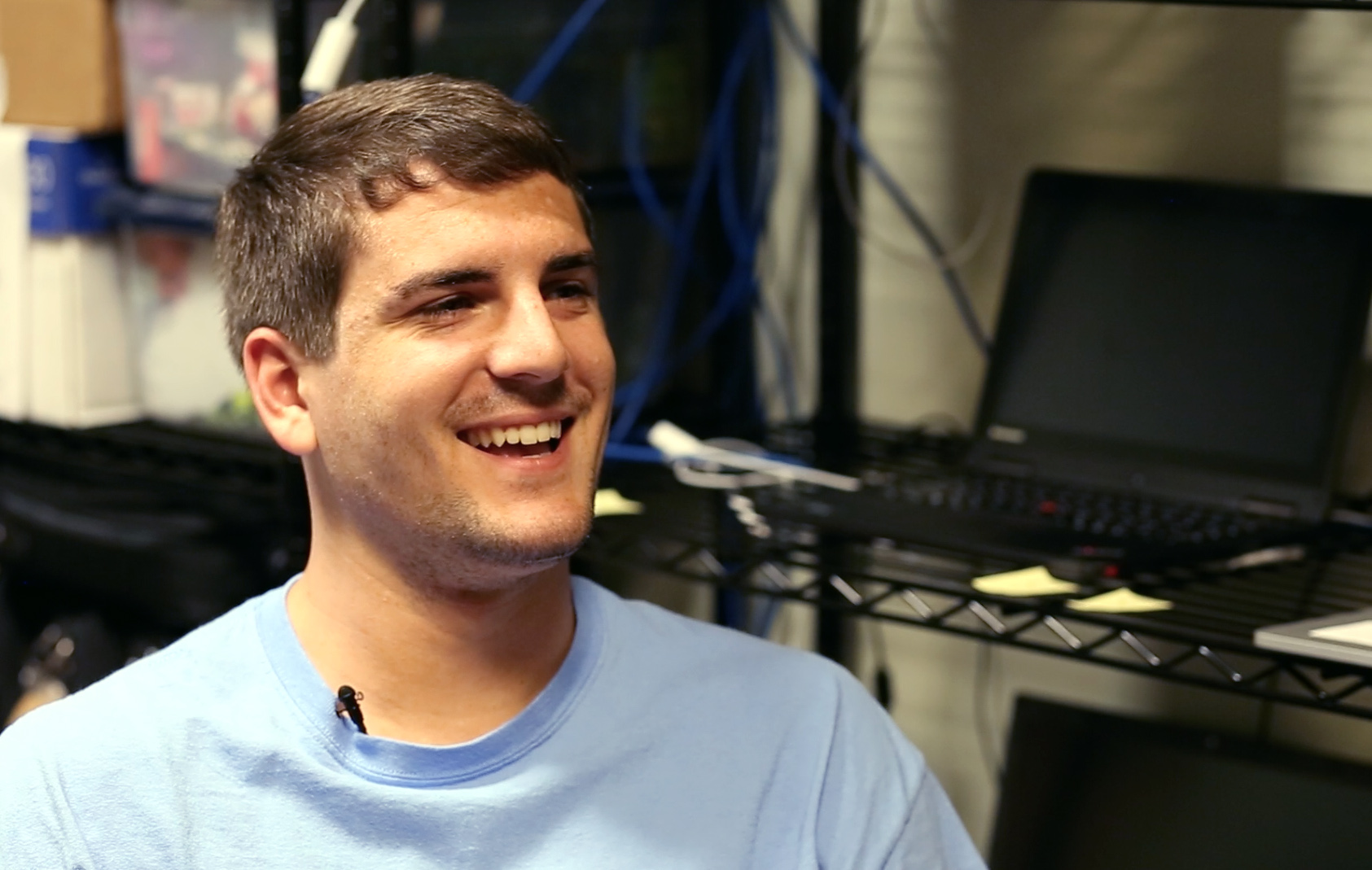 “You are at your busiest during Fall Rush,” he said. “It’s an experience unlike any other that you work during the rest of the year. You’re down in the trenches, you’re taking ticket after ticket, you’re helping as many people as possible.”

Staff stress levels are kept at bay with humor, a familial spirit and a generous abundance of homemade goodies and snacks.

“It makes it a lot easier that we operate as a family,” said Camacho. “We definitely come together as a department.”