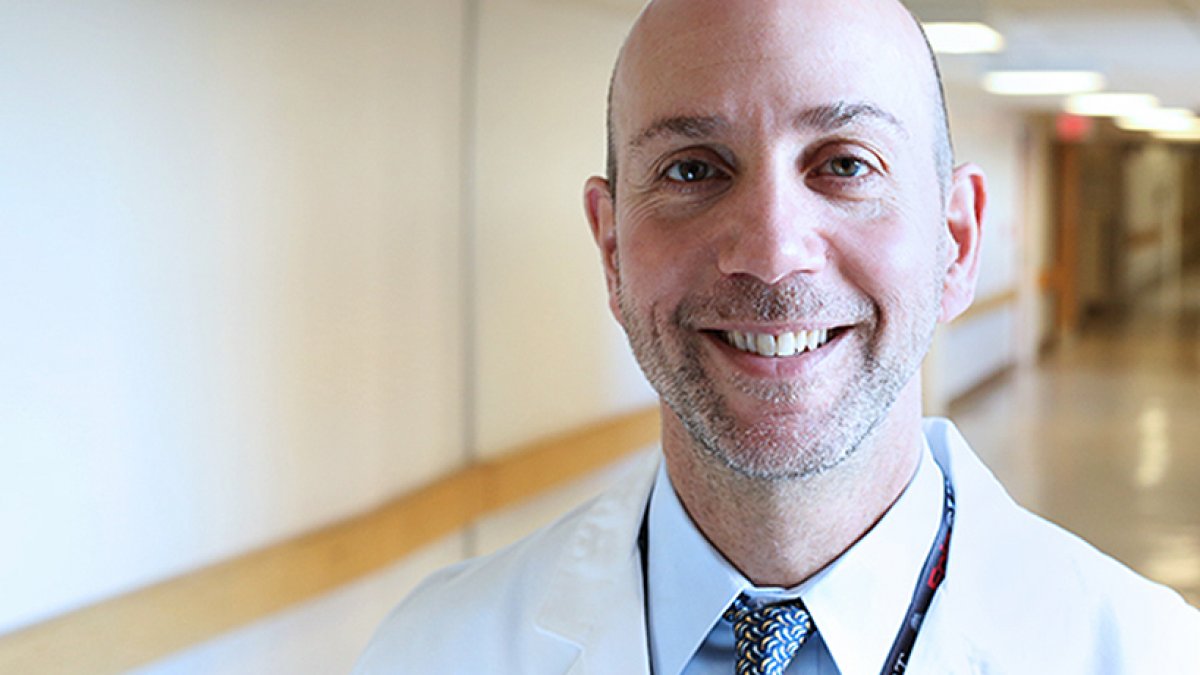 David Gerber had completed his general surgery internship and was beginning his second year of residency at Emory University when he met a recruiter from the U.S. Air Force. It was 1990, and the Gulf War had just begun. The recruiter made the pitch and Gerber listened.

The Air Force didn’t immediately need his services, the recruiter said — they had plenty of general medicine officers available during that time – but they could always use more surgeons in the long term. They’d love to have the commitment, even if it meant waiting until he completed residency.

“He was very good,” Gerber said smiling. “I got the bug, and it didn’t take long before I felt that joining was the right thing to do. My commissioning date was September 18, 1990 — you never forget your commissioning date.”

After Emory, Gerber returned to the University of Pittsburgh, where he went to medical school, to begin his clinical transplant fellowship at the Thomas E. Starzl Transplantation Institute. As a medical student, he’d had the opportunity to witness the work of Starzl, a pioneer in organ transplantation who was on the Pittsburgh faculty.

“I was in my third year, doing rotations in the traditional services, when I came across these very ill, near-death patients who were coming back after the miracle of transplantation,” recalls Gerber. “Transplant was at its infancy, but was rapidly growing. It was truly incredible, and I decided then that I wanted to do it professionally.”

David Gerber likes to start every day in his office.

As he started fellowship in Pittsburgh, his active reservist obligation, through a program called the Individual Mobilization Augmentee (IMA), also began. Directed toward reservists in the medical area — specifically to surgeons and intensivists — the IMA program provided him the flexibility of doing twelve consecutive days of active duty per year rather than trying to do a weekend a month. Then, in 1998, he took a faculty position at the UNC School of Medicine, which had a growing transplant program that allowed him to pursue his research endeavors while developing a clinical practice. Being in Chapel Hill brought him closer to military bases where he could use the skills he’d developed training residents by working with surgeons who were coming through Womack Army Medical Center (WAMC) at Fort Bragg in Fayetteville, North Carolina.

David Gerber on his way to visit patients in transplant services at UNC Hospitals.

His efforts were especially needed, he found, after the 9/11 attacks and the launch of conflicts in Iraq and Afghanistan: the surgeons assigned to WAMC were frequently deployed and continuity of care for their patients became more challenging.

“From 2001 on, surgeons were on a series of deployments,” Gerber said. “Doctors were funneling through bases, making it very easy to lose track of patients. Doctors who weren’t familiar with North Carolina and the health systems had a difficult time figuring out where to refer patients who had more complex health needs that required them to leave the base for care. Functioning as a facilitator, I was able to help doctors place patients in the UNC system, with the appropriate specialists.”