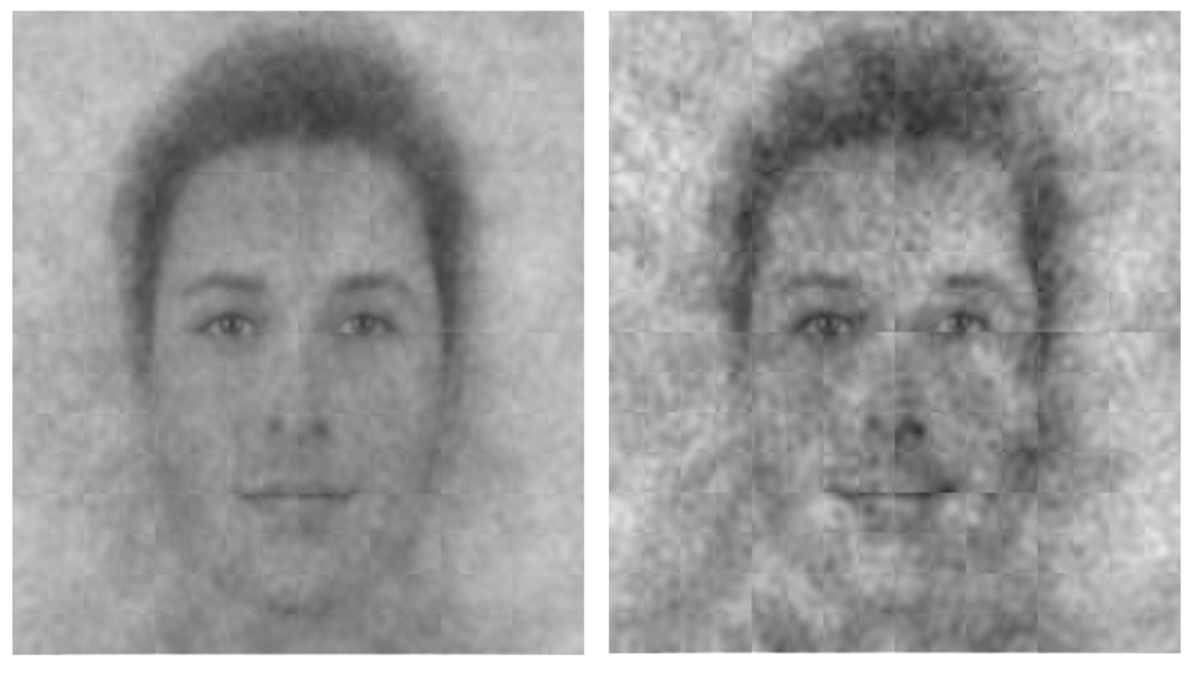 A team of psychologists at the University of North Carolina at Chapel Hill have used a new technique to construct what a large sample of 511 American Christians think God looks like.

Their results were both surprising and revealing. From Michelangelo to Monty Python, illustrations of God have nearly always shown him as an old and august white-bearded Caucasian man. But the researchers found that many Christians saw God as younger, more feminine, and less Caucasian that popular culture suggests.

In fact, people’s perceptions of God tended to rely partly on their political affiliation. Liberals tended to see God as more feminine, younger, and more loving than conservatives. Conservatives also saw God as more Caucasian and more powerful than liberals.

“These biases might have stemmed from the type of societies that liberals and conservatives want,” suggested Joshua Conrad Jackson, the study’s lead author. “Past research shows that conservatives are more motivated than liberals to live in a well-ordered society, one that would be best regulated by a powerful God. On the other hand, liberals are more motivated to live in a tolerant society, which would be better regulated by a loving God.”

“People’s tendency to believe in a God that looks like them is consistent with an egocentric bias,” said Professor Kurt Gray, the study’s senior author and a psychology professor in the College of Arts & Sciences at UNC-Chapel Hill. “People often project their beliefs and traits onto others, and our study shows that God’s appearance is no different—people believe in a God who not only thinks like them, but also looks like them.”

Interestingly, however, people did not show an egocentric bias on the basis of gender. Men and women believed in an equally masculine-looking God.

The research is newly published in the journal PLOS ONE.The corresponding author is Joshua Conrad Jackson, and the other authors were Neil Hester and Kurt Gray. Jackson and Hester are graduate students at UNC-Chapel Hill.

The research was supported by grants from the Templeton Foundation and National Science Foundation.