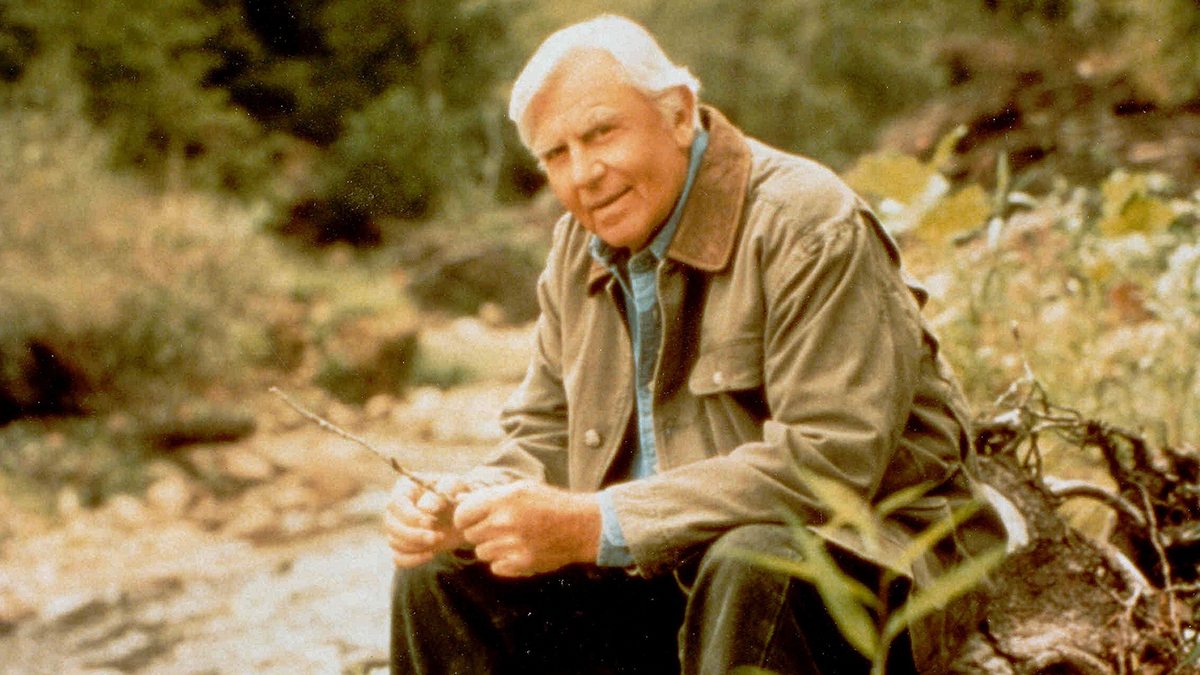 Actor Andy Griffith, who graduated from UNC-Chapel Hill in 1949 with a bachelor’s degree in music, is best known for his warm and wise portrayals of Sheriff Andy Taylor and lawyer Ben Matlock  — and, it all began at Carolina, as he noted during his 1978 University Day speech in Memorial Hall.

As described in the “Carolina Alumni Review’s” firsthand account by Jim Hughes in September 2012, Griffith moved from a series of jokes that had the scholarly audience laughing heartily to a heartfelt remembrance. “Then, with perfect timing, the jokes stopped and Andy turned serious. ‘I want to tell you something,’ he said. The room grew silent. ‘As we were walking up the lane here to this wonderful hall, I don’t know about you, but I was moved. It was all I could do to fight back tears. And the reason was I knew I was going to walk up on this stage, and this is the stage where the first time in my life I was ever in a play.’”

Born and raised in Mount Airy, Griffith entered Carolina in 1944 as the first in his family to attend college. During his time in Chapel Hill, he starred in several Carolina Playmakers productions, was the president of Glee Club and a member of Phi Mu Alpha music fraternity.

After graduation, Griffith taught high school music in Goldsboro for three years while honing his storytelling and acting skills, notably starring as Sir Walter Raleigh in the long-running production of “The Lost Colony” on Roanoke Island. His 1953 comedy recording “What it Was, Was Football” moved him in big-break fashion to the Ed Sullivan Show, and he then starred in “No Time for Sergeants” on TV, in a Tony-nominated Broadway turn and in a movie version.

Still, it was his folksy manner that anchored television’s “The Andy Griffith Show,” which was set in the fictional North Carolina town of Mayberry and ran for eight seasons from 1960 to 1968. Re-runs have aired ever since (can you hear the whistling theme song?), reaching generations more. He had further success on “Matlock,” which ran for nine seasons beginning in 1986.

In 1972, Griffith established a scholarship fund in his name for promising dramatic art and music students at Carolina that continues today.

In 2005 Griffith received the Presidential Medal of Freedom from President George W. Bush, and closer to home, he was one of the first three recipients of the Carolina Performing Arts Lifetime Achievement Awards. That same year, he donated his collection of career memorabilia to the Southern Historical Collection at Wilson Library.