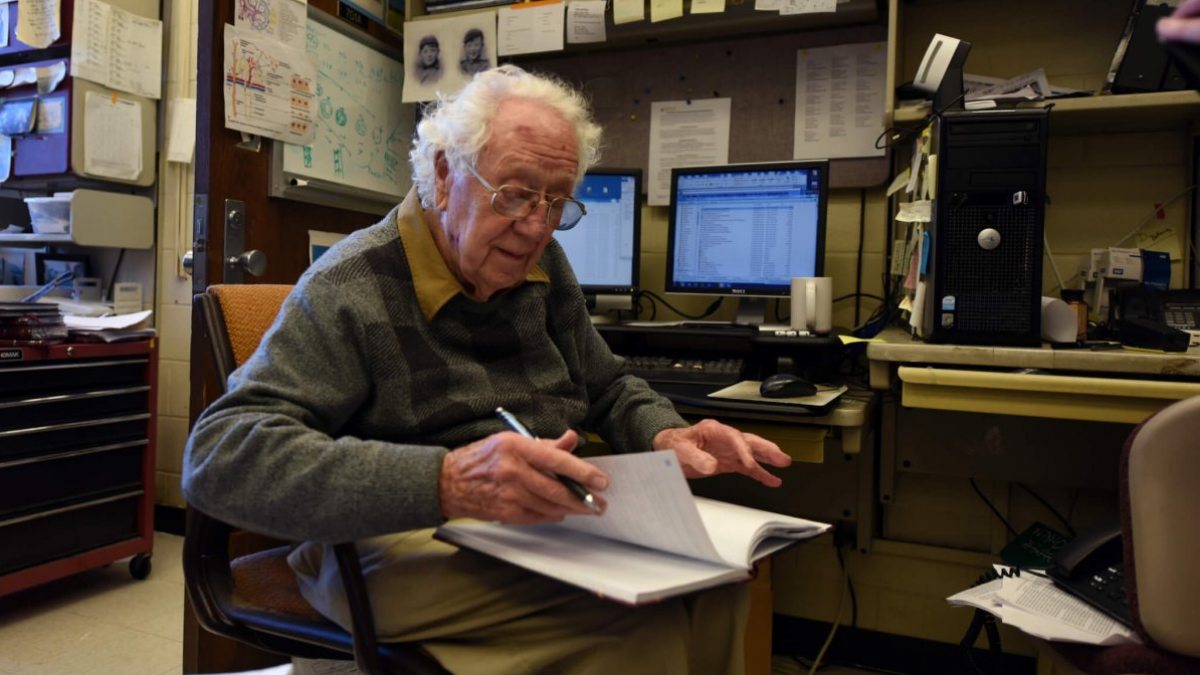 When world-renowned geneticist Oliver Smithies got the call that he had won a Nobel Prize at age 82, his first reaction was joy. His second was to hope that the award would not change his life too much.

“I rather enjoy it as it is,” he said at a news conference the day his award was announced. “If it’s not broken, don’t fix it.”

Before his passing in January 2017, Smithies was known to say that his lab at Carolina was his home, the place where he was most comfortable. It was also the place where he developed homologous recombination, the technique that introduced targeted genetic modifications to cells — and that made him Carolina’s first Nobel laureate.

Alongside his wife Nobuyo Maeda, a geneticist who still teaches at Carolina, Smithies spent a lifetime making discoveries that have changed the world. His groundbreaking research made possible the creation and use of “knockout mice,” one of the most important tools in a research laboratory for understanding how individual genes work. Knockout mice also allow scientists to study and model varieties of cancer, obesity, heart diseases and other illnesses.

Smithies left behind a collection of notebooks with meticulous, handwritten notes detailing his research process and the development of his prize-winning work. The one-of-a-kind collection includes the moment Smithies realized he was onto something big. On one page, Smithies circled the key section and commented, “This is it!” The digital archives of his notes remain with University Libraries.

When asked what he hopes people will get out of his notebooks, Smithies said, “Persist in your work. Keep trying. Don’t be put off by something not working. Try it again and try it again. Keep on going as long as is wise.”

Smithies worked in the lab at Carolina seven days a week until the very end of his life, because the lab was his favorite place to be.

“If I die somewhere — which I’m sure will happen,” he said in an Endeavorsinterview in 2008, “it might as well be at the bench because that’s where I’m happiest.”