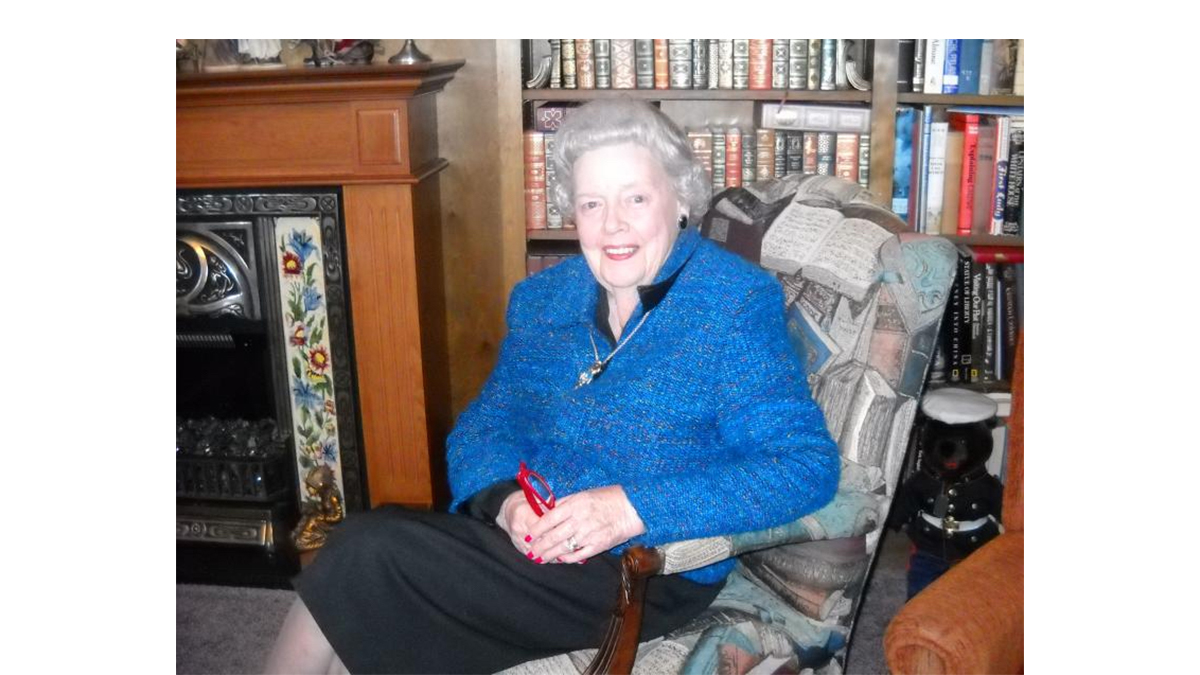 For more than 55 years, Carolina graduate Elinor Dixon Hawkins has delighted children with her love and gift of storytelling.

She is affectionately known as the “Story Lady” or “Miss Elinor.”

Hawkins graduated from UNC-Chapel Hill with a degree in library science in 1950. She initially moved to Baltimore, where she worked in a library, before moving back to North Carolina and becoming the head of circulation at the Greensboro Public Library.

It was there that she became known as the Story Lady. In 1952, she auditioned for and won the position on a children’s television show on WFMY TV called “Telestory Time.” Every Monday, Hawkins read stories that were broadcast to communities within the Greensboro area.

Hawkins and her husband, Carroll, whom she met when she was a student at Carolina, moved to Cove City in 1958. About five years later, she began the “Telestory Time” broadcast on what is now WCTI in New Bern, just a few months after the station opened. The show was featured nationally in the Dec. 2, 1967, issue of TV Guide, and it continues today.

This month, Hawkins was honored with a New Bern bear in her likeness, an award unique to the city that symbolizes the impact she has made on the community there.

“Lux Libertas. Light and liberty. This is the Carolina way. You exemplify it, Mrs. Hawkins,” School of Information and Library Science dean Gary Marchionini wrote to Hawkins congratulating her on the recognition.

Aside from bringing story time into the homes of many North Carolinians, Hawkins has also been a driving force for libraries. She helped create eight libraries that eventually became the Craven-Pamlico-Carteret Regional Library System. Hawkins had a knack for helping to create libraries in unusual locations, such as a sheriff’s office that became the Havelock Library, a train station in Carteret County and a woman’s club house in Vanceboro.

In addition, Hawkins is an emeritus board member of the Tryon Palace Commission since 1974 and also the Salvation Army Board since 1976. In 2012, Hawkins was presented with the Order of the Long Leaf Pine, North Carolina’s most prestigious citizen award.