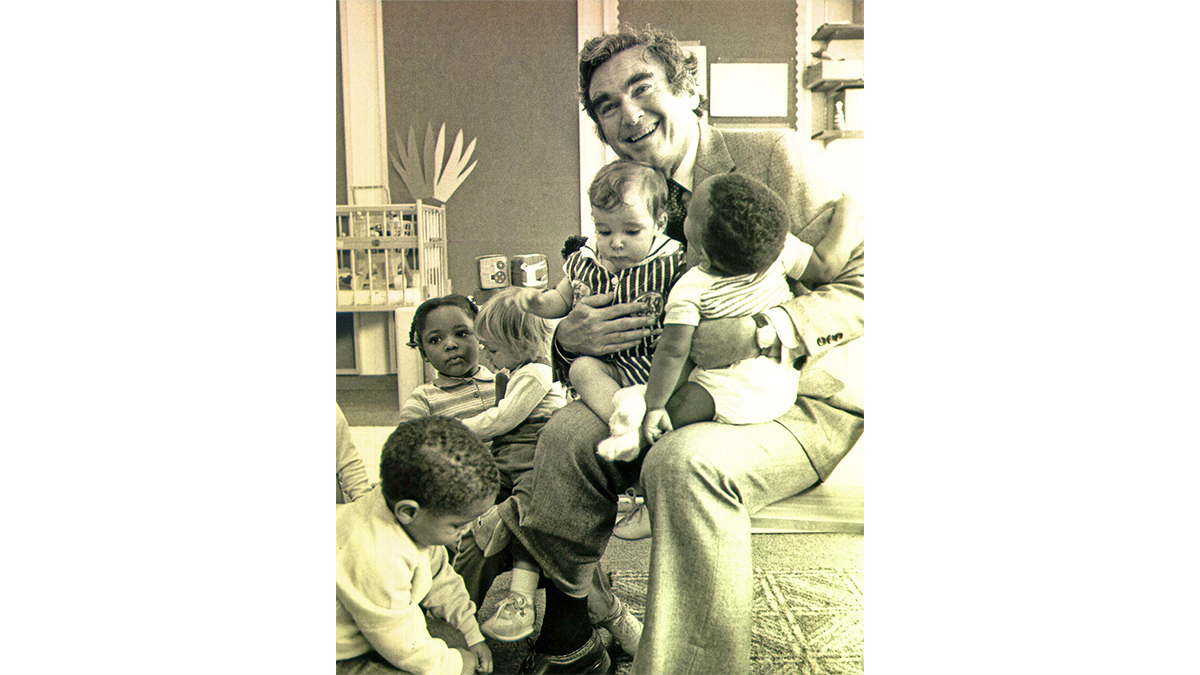 When James Gallagher entered the field of early childhood education in the 1950s, many public schools were not equipped to properly educate students with disabilities, nor those with gifts and talents. Thanks to Gallagher’s research and policy efforts, the field and the lives of children across the country were transformed forever.

In his career that spanned more than 60 years, Gallagher made vital contributions to educational policy, including the introduction of the Individualized Education Plan, which public schools around the country now use to ensure children with special needs get the appropriate education.

Originally from Pittsburgh, Gallagher came to Carolina in 1970 as a Kenan Professor in the School of Education and the director of the Frank Porter Graham Childhood Development Institute. Under his leadership, FPG became one of the nation’s most respected institutions working on behalf of children.

Gallagher also worked closely with former Governor James B. Hunt to create the North Carolina School of Science and Mathematics, the nation’s first residential school for talented students in science and mathematics at the secondary level, located in Durham.

Gallagher wrote more than 200 journal articles and 39 books during his career.

In 2013, he was awarded the Old North State Award in recognition of his proven record of exemplary service and commitment to the state of North Carolina. The same year, the School of Education awarded him the school’s highest honor, the Peabody Award.