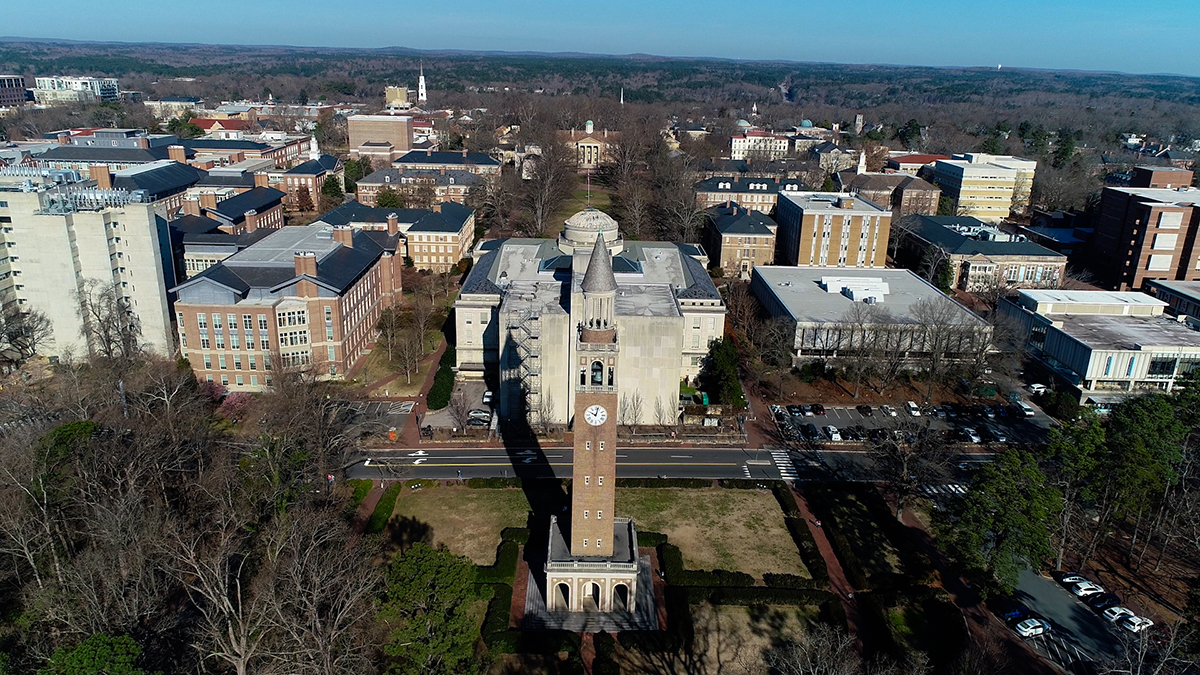 Researchers from Carolina and NC State are testing the feasibility of delivering medical equipment to people in need via drone.

During the study, drones will launch from several sites throughout UNC-Chapel Hill’s campus, including the Old Well, during an initial test period. Anyone outside on or near campus may see or hear the drones. Several flights will be held throughout April and May.

During the test, the research team will look at whether the autonomous drones can deliver defibrillators to people experiencing cardiac arrest outside of a hospital, providing bystanders with access to emergency medical services before an ambulance arrives.

Only 6% of those who experience out-of-hospital cardiac arrest survive, despite advancements in emergency cardiac care and placement of automatic external defibrillators in public places. Chances of survival decrease by 10% every minute without defibrillation, and often, there are barriers to timely access to emergency medical services.

“Even though there are AEDs around, they are rarely used and many cardiac arrests happen at home where AEDs are generally not close by. This where a drone can really make a difference,” said Wayne Rosamond, who teaches in the Gillings School of Global Public Health. “If we can bring the AED to the scene of a cardiac arrest by a drone really quickly when the other option for defibrillation is to wait for the ambulance, it could save lives.”