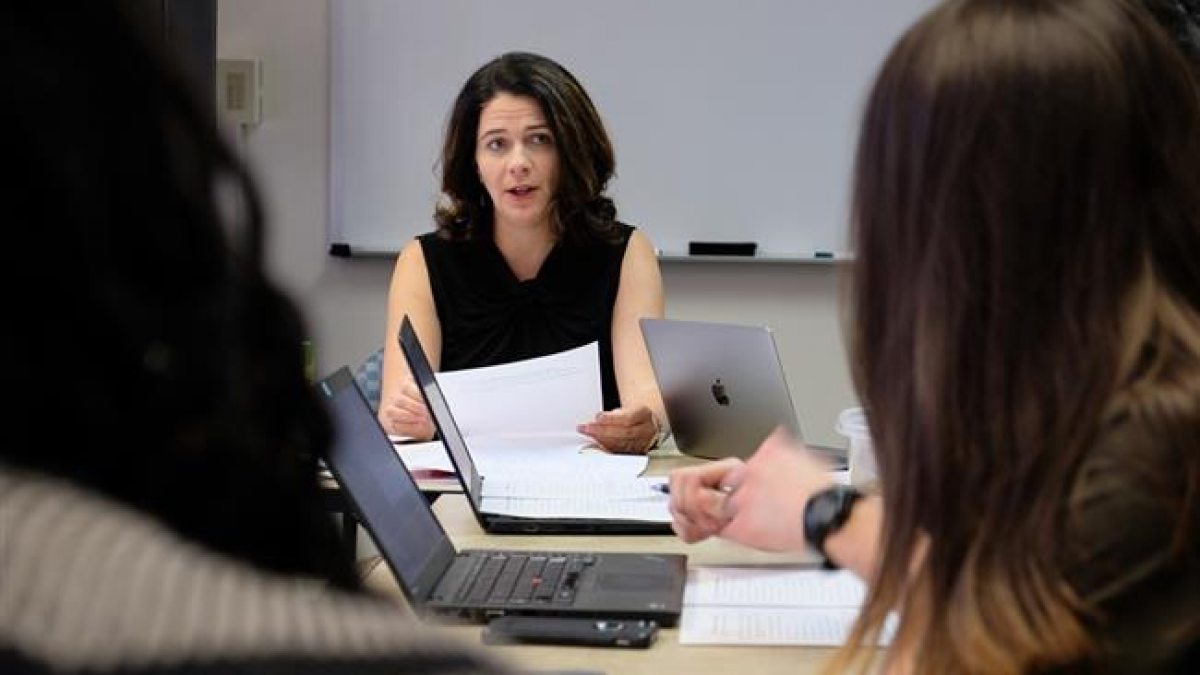 Last February, UNC School of Law launched the Prosecutors and Politics Project. The vast majority of state and local prosecutors are elected. Voters can vote out prosecutors who abuse their power or who do not act in the public interest, but voters rarely exercise that power. Most prosecutors run unopposed, and even when they do face a challenger, voters are rarely able to make an informed choice.

The Prosecutors and Politics Project is designed to study the democratic checks that our criminal justice system places on prosecutors. In particular, the project uses empirical study and careful analysis to increase our understanding of the relationship between prosecutors and politics. It makes this information public and collaborates with other organizations to increase voters’ knowledge about their elected prosecutors and broader criminal justice issues. Carissa Byrne Hessick, the Ransdell Distinguished Professor of Law, serves as the director of the project.

According to Hessick, although campaign contributions may be a necessary feature of governments who elect their prosecutors, contributions are also a potential source of inequality.

Hessick also noted that some prosecutors accept contributions from political action committees that represent bail bonds companies. Accepting contributions from those companies may create a conflict of interest. Bail bonds companies stand to make money whenever judges require defendants to post bail to be released from jail before trial. Because prosecutors’ decisions whether to ask judges for bail is one of the major factors in whether a defendant has to post bail, bails bonds companies have a significant economic interest in making sure that only prosecutors who routinely ask for bail are elected.

Making it easier for voters to find this information, Hessick explained, “will ensure transparency and accountability — both of which are absolutely necessary in a system that relies on elections to select prosecutors.”

Hessick has worked with more than a dozen student research associates to collect and analyze the data. Hessick plans to release the final round of data this summer.