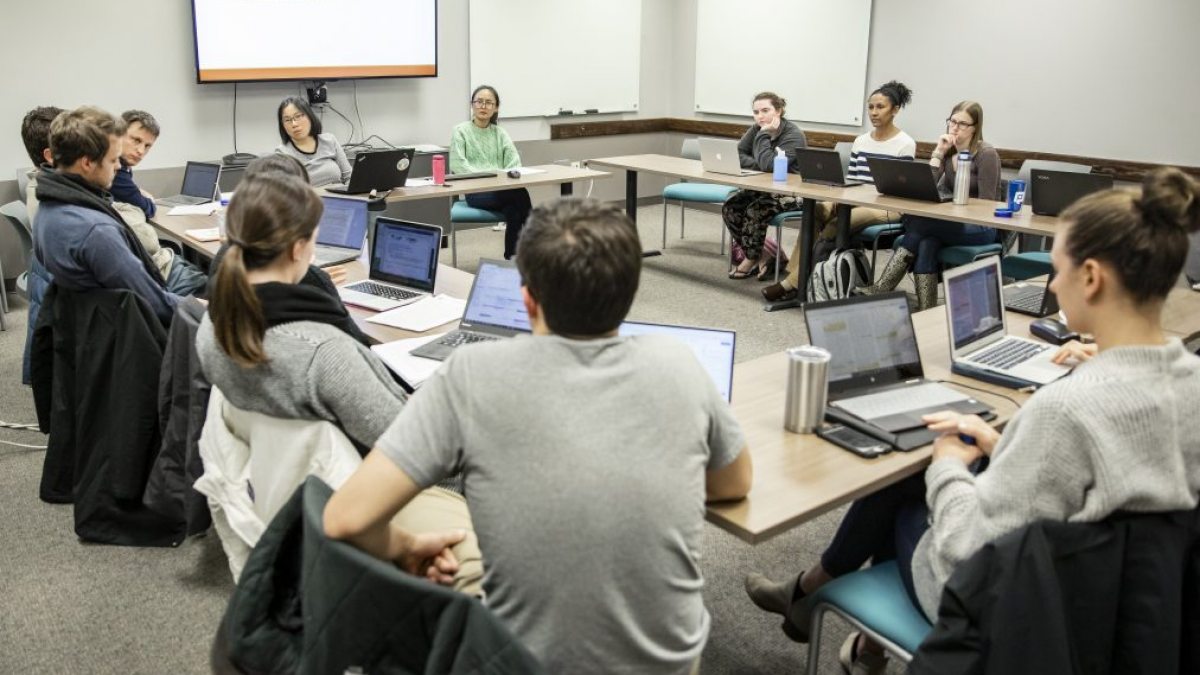 The fastest-growing jobs in North Carolina now require more education. A new report from Carolina Demography and the John M. Belk Endowment examines North Carolina students’ education outcomes at public, in-state schools and indicates gaps where interventions are needed to meet the state’s increasing need for a highly trained workforce. The report comes as projections show the state’s workforce falling short of the number of highly trained workers that will be needed over the next decade.

Currently, 47 percent of North Carolina adults ages 25 to 64 have a postsecondary degree or nondegree credential. This number must increase to meet the projected demands for an educated and highly skilled workforce. The state’s fastest-growing jobs are in health care support staff, computer and mathematical occupations, personal care and service occupations, and health care practitioners and technical occupations, per the North Carolina Labor and Economic Analysis Division. Most of these jobs require some education and training beyond high school.

The Leaky Pipeline Report evaluated the state’s public education pipeline, or the process of public school students transitioning from grades K-12 through completing postsecondary education at a University of North Carolina System school or a North Carolina Community College. The data used for this report does not include North Carolina students who go to private or out-of-state postsecondary schools, who account for about 11 percent of high school graduates.

The most significant improvement within North Carolina’s education pipeline is the steady increase of the on-time high school graduation rate, which has risen 19 percentage points over the past decade, from 68 percent to 87 percent. The largest number of students who fall out of North Carolina’s education pipeline do so during the transition from high school to postsecondary education.

“North Carolina has made strides in public education, but if the state wants to move educational attainment forward even further, there are gaps that need to be addressed,” said Rebecca Tippett, director of Carolina Demography, a demographic consulting service at the Carolina Population Center. “Our report identifies the gaps, and we know that those gaps will only widen if interventions aren’t put in place. This report gives North Carolina the information that it needs to improve educational attainment in the state.”

Carolina Demography and the Belk Endowment invite state policymakers to use the Leaky Pipeline Report to provide benchmarking and help guide public education interventions. The report is also relevant to the work of myFutureNC, a statewide commission of education, business, philanthropic and state government leaders who are focused on improving levels of postsecondary education in the state. On Feb. 20 the commission shared a goal of increasing the number of 25- to 44-year-old North Carolinians with a postsecondary degree or nondegree credential to 2 million by 2030.

“When we partnered with Carolina Demography to commission this report, we knew that less than half of working-age North Carolinians had earned a credential beyond a high school diploma, but much of the story remained unclear,” said MC Belk Pilon, president and board chair of the John M. Belk Endowment. “It’s our hope that research like this can help us better understand how we’ve arrived at our current statewide attainment rate and inform opportunities to increase attainment so that more North Carolinians will be equipped with the knowledge and skills needed to succeed in our evolving labor market.”

Interventions to address gaps in the education pipeline can take many forms. For instance, cost-effective interventions like providing resources to help students submit financial aid forms and making academic counseling services available during the summer have proven effective in addressing the transition from high school to college.

Key findings from the Leaky Pipeline Report include: