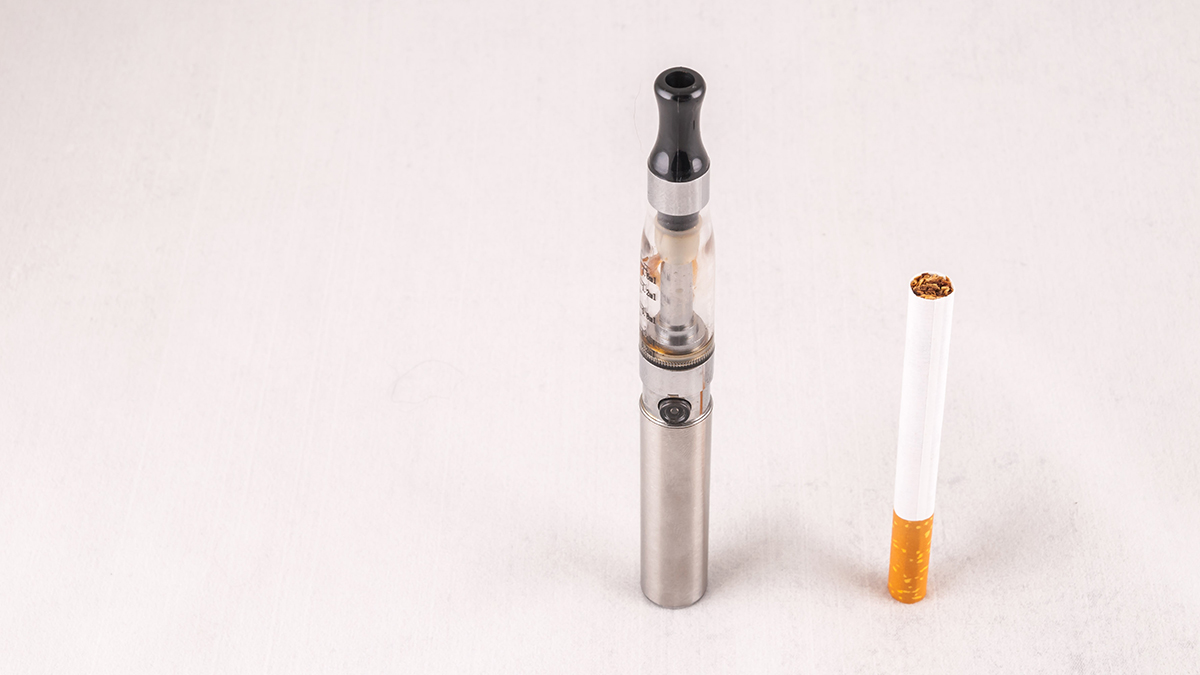 In a study published in the American Journal of Respiratory and Critical Care Medicine, the Carolina scientists found that the lungs of vapers — like the lungs of smokers — have elevated levels of protease enzymes, a condition known to cause emphysema in smokers. The researchers also found that the nicotine in vaping liquids is responsible for the increase in protease enzymes.

“Our findings in this study indicate that vaping may not be safer than cigarette smoking,” said study senior author Robert Tarran, a professor in the Department of Cell Biology and Physiology and member of the Marsico Lung Institute at the UNC School of Medicine.

The U.S. Centers for Disease Control and Prevention has estimated that in 2014 about 9 million adults in the country were regular vapers and that close to 30 million had tried vaping at least once. But vaping on this scale has been going on for less than a decade, and so the long-term health effects of vaping are not yet well understood.

Tarran, who is a member of the UNC Lineberger Comprehensive Cancer Center, and colleagues measured levels of three key protease enzymes in lung fluid sampled from 41 subjects — nonsmokers, smokers and vapers. The three protease enzymes are neutrophil elastase and matrix metalloproteases 2 and 9. Immune cells in the lungs are known to secrete these enzymes at higher levels in a reaction to cigarette smoke. Chronic overactivity of these protein-chewing enzymes damages the tiny sensitive air sac structures in the lungs that allow people to breathe. In smokers, this damage is thought to be the cause of emphysema, a form of chronic obstructive pulmonary disease involving progressive shortness of breath and for which there is no cure.

The UNC-Chapel Hill scientists found that the levels of these three proteases were significantly elevated in both smokers and vapers, but not in nonsmokers. This finding suggests vaping, like smoking, may promote emphysema.

The scientists also found evidence that nicotine in vaping liquids is the cause of the elevated-protease reaction. When Tarran’s team administered nicotine to immune cells cultured in the laboratory — at concentrations like those seen in vapers sputum and lung fluid — they observed that the cells overproduced the proteases. And this overproduction increased when the researchers exposed the immune cells to higher nicotine levels.

Vaping is thought to be much safer than cigarette smoking, which involves the high-temperature burning of tobacco leaves and the creation of toxic and carcinogenic combustion products. Some researchers have urged that smokers switch to vaping as a much less harmful alternative. The jury is still very much out when it comes to cancer risk associated with vaping. But this latest study suggests that the potential harm of vaping may have been underestimated, especially when it comes to emphysema and chronic obstructive pulmonary disease, two of the most common debilitating conditions historically associated with smoking.

Tarran noted that the findings are not the first to warn of vaping’s potential adverse health effects. A different study in 2018, from a team led by UNC Marsico Lung Institute researcher Mehmet Kesimer, found that sputum from vapers and smokers contained elevated levels of emphysema-promoting proteases and other immune defense proteins.

Moreover, a study from Tarran’s lab last year found evidence of toxic compounds in commonly used vaping liquids, and the CDC currently is investigating about 100 recent cases in the U.S. of sudden, serious lung disease in otherwise healthy young vapers.

Tarran and his colleagues plan to follow up their new study with a larger study of lung protease levels in hundreds of participants.