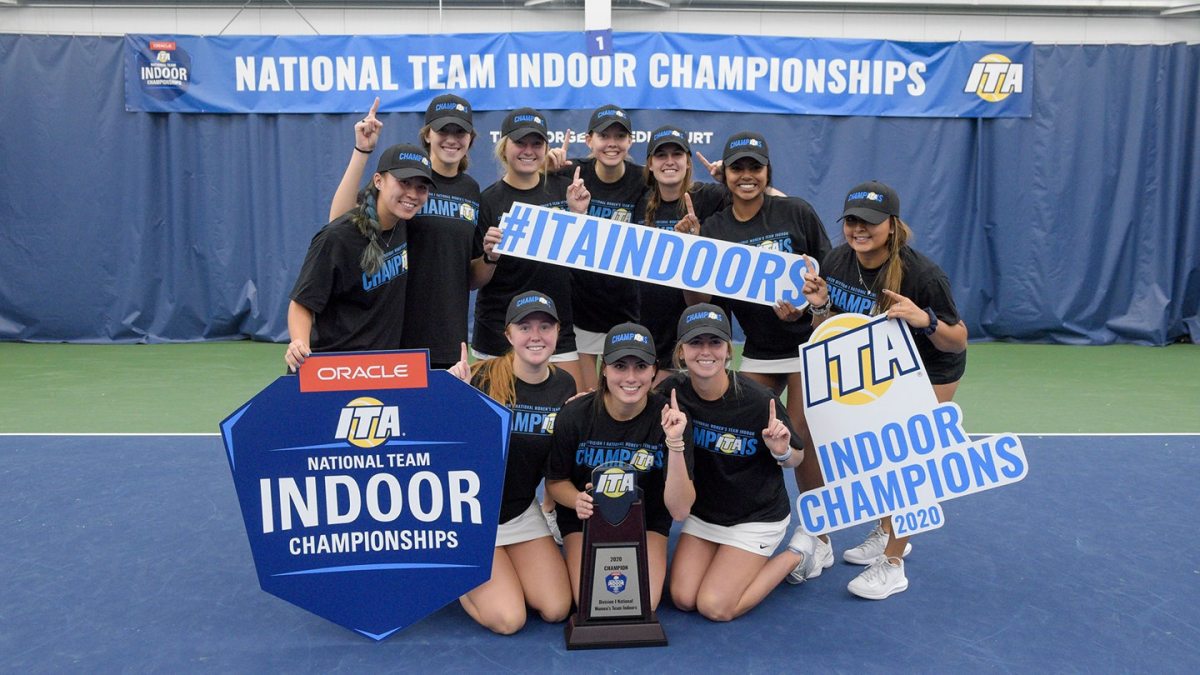 North Carolina’s domination of the ITA National Women’s Team Indoor Championship continued in 2020 by winning its fourth national title in the last eight years with a 4-0 shutout of UCLA on Monday from the XS Tennis Village.

Senior Alexa Graham secured the clinching point to send the Tar Heels into a spirited on-court celebration. Her opponent, Elysia Bolton’s final return of the match went long and Graham was immediately joined by her teammates as they embraced on court one where she finished off No. 14 Bolton in straight sets, 7-6 (4), 6-3.

The doubles point featured wild swings of momentum, but Carolina ultimately prevailed to grab the critical 1-0 lead. Cameron Morra and Elizabeth Scotty were moved to court two for the first time in the tournament and the decision worked out in favor of Carolina with a 6-2 win over Abbey Forbes and Annette Goulak.

UCLA’s No. 2 ranked team of Bolton and Jada Hart answered with a 6-2 victory over No. 6 Sara Daavettila and Graham, the first doubles loss of the season in 10 duals for Carolina.

The opening point would be decided on court three. The Tar Heels’ tandem of Makenna Jones and Alle Sanford led 5-4 and had the chance to serve out the match, but a double fault at deuce gave the Bruins life at 5-5. However, on its third match point, Carolina prevailed, 7-5, to snag an early lead in the title match.

Jones set the tone early in singles by playing perhaps her best tennis of the season on Monday with a commanding 6-0, 6-2, victory over No. 112 Annette Goulak. No. 101 Jones posted three singles wins at court five over the last four days.

The last point proved to be the most difficult for the Tar Heels. It looked like No. 36 Alle Sanford might close out the day’s festivities, but her match was pushed to a tiebreaker in the second set. That allowed Graham to finish off the Bruins at the other end of the complex.

Sanford was in fact up a set and enjoyed a 5-2 lead in the tiebreaker when the match came to an end. No. 4 Daavettila was heading to a third set on court two, while No. 9 Morra was tied 2-2 in her third set on three.