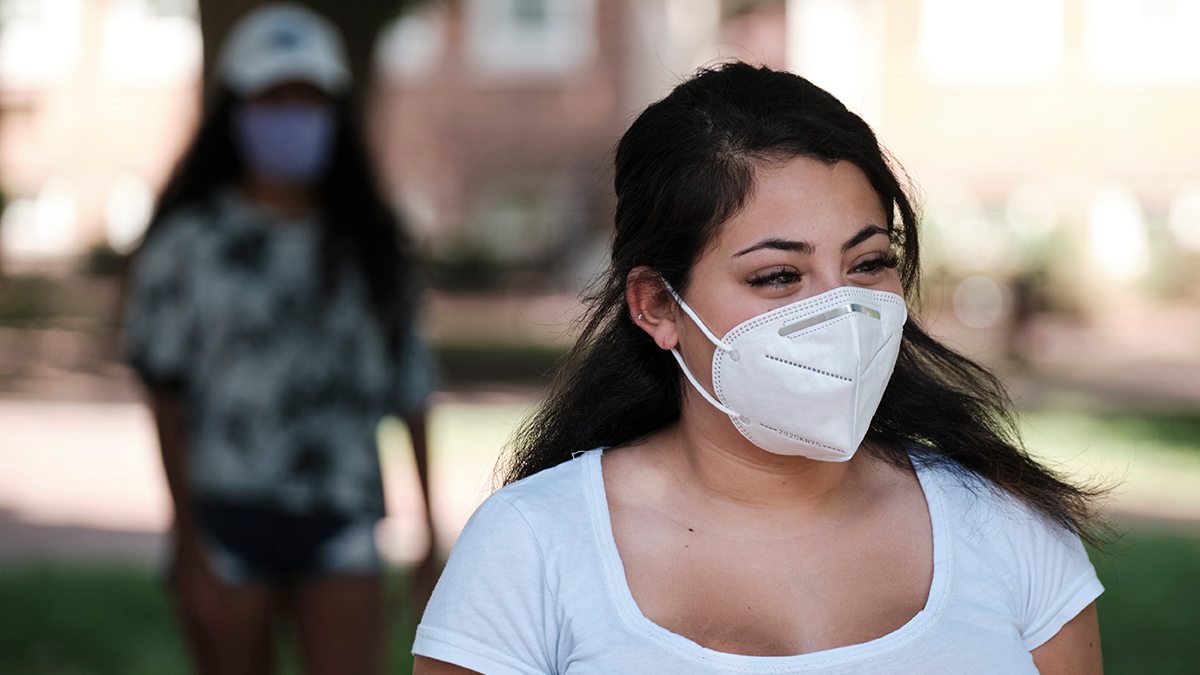 The vast majority of Carolina undergraduates — 84% — are likely to wear face masks to class when they return to campus, according to a recent survey done by Gillings School of Global Public Health faculty and the Office of Institutional Research and Assessment.

“Overall, students are saying that they’ll be willing to do this,” said Audrey Pettifor, one of the epidemiologists involved in the survey.

Only 14% of students said they were uncomfortable wearing a mask, but many were concerned about forgetting (62%) or losing (44%) their mask.

In contrast, only 52% of undergraduates said they were extremely likely to adhere to physical distancing requirements on campus and 28% said they are extremely or somewhat likely to go to parties or other large campus gatherings.

“This is where we’re seeing issues, when students aren’t on campus,” said Pettifor, suggesting that the University explore “harm-reduction approaches” that students can use in larger gatherings.

The survey also asked students about the precautions they are taking now. “People are comfortable getting together with friends they don’t live with, but they’re not OK with getting together with strangers,” Pettifor said. What’s not clear from the results, she added, is whether students will treat fellow students on campus as friends or strangers.

The students’ top three concerns are the health of family and friends (76%), their own health (41%) and the impact on the overall economy (31%).

The release of this survey information comes three weeks after a faculty survey about returning to campus this fall was discussed at the June 19 Community Conversation for Faculty. In that survey, faculty expressed a variety of concerns about teaching on campus based on the current plan.